A Mash Made in Heaven: An Interview with DJ Cummerbund
Odyssey
CurrentlySwoonLifestyleHealth & WellnessStudent LifeContent InspirationEntertainmentPolitics and ActivismSportsAdulting
About usAdvertiseTermsPrivacyDMCAContact us
® 2023 ODYSSEY
Welcome back
Sign in to comment to your favorite stories, participate in your community and interact with your friends
or
LOG IN WITH FACEBOOK
No account? Create one
Start writing a post
Entertainment

A Mash Made in Heaven: An Interview with DJ Cummerbund

The reigning Mashup King breaks the sound of silence to spill on his rockstar celebrity life. 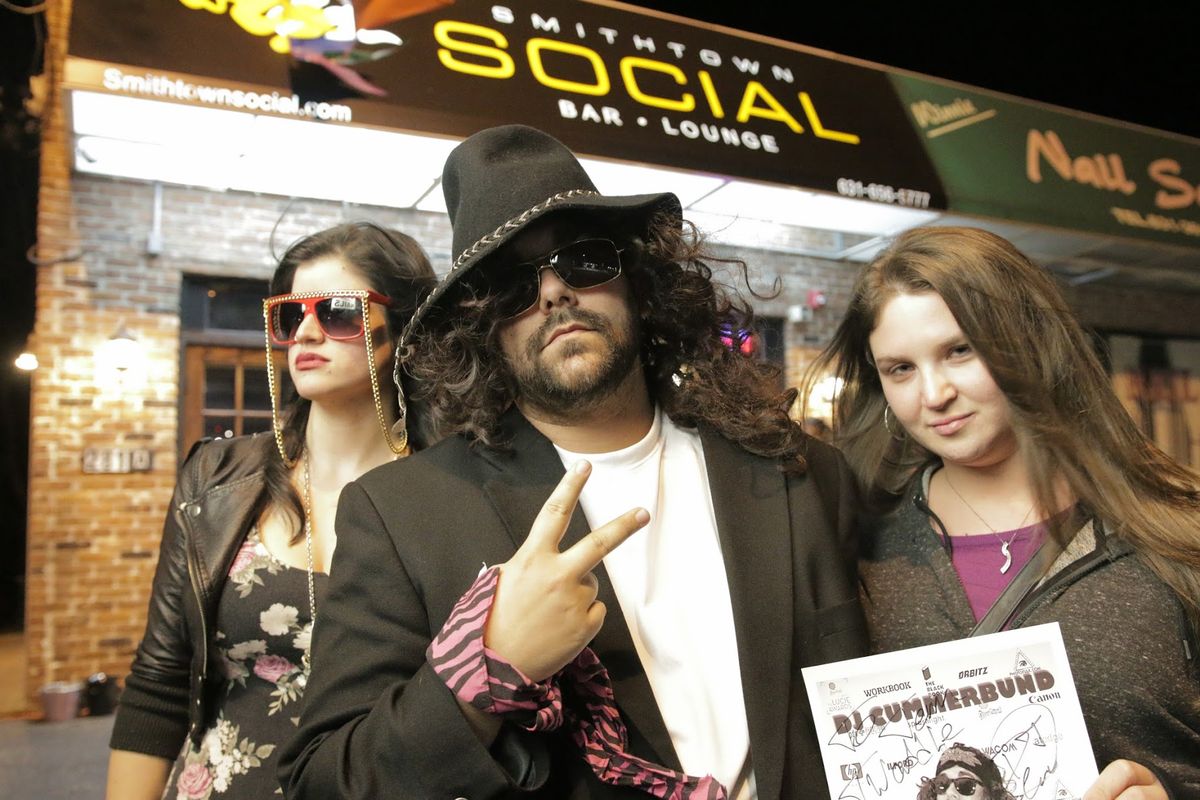 I’ve had the immense pleasure of corresponding with Internet-sensation DJ Cummerbund this week. In case you’ve been living under a rock with no access to YouTube, Craigory Morgoone, a NY-based DJ, has been taking the world wide web by storm with his innovative remixes and masterful mashups (in layman's terms, a mashup is made by putting the vocals of one song over the instrumentals of another, forming one cohesive tune). As the DJ is quite secretive, this interview can be considered a very exclusive glimpse into the wild, weird, and wonderful life of the reigning King of Mashups.

So when did you first discover your talent for creating remixes and mashups?

At a relatively young age. My father was a struggling professional DJ, and encouraged me to follow in his footsteps from childhood. I recall Papa pulling me out of school at least 2 or 3 times per week so I could practice my turn-tabling at home...often till my fingers were nothing more than bloody stumps. The kids at school would tease me and call me "stump fingers" and other cruel names, but I was pulled out of school permanently around age 10 so I could focus full-time on my DJing under Papa's tutelage as well as helping tend to the farm. It was a certainly a strict upbringing, but considering how successful I've been I'm very thankful for the discipline that was instilled in me early on.

Tell me a little bit about your creative process.

Each work I create is a unique journey and draws inspiration from a variety of sources. I spend a lot of time meditating on B major and eating Thai noodles to prepare to work on a piece, and I try to surround myself with animals like chickens and crickets while I work on a song to help bring the raw energy out of the songs I'm working with. Once I have the framework of a song that makes me vibrate, I bring it to my team of engineers who then work around the clock to quantify and stitch my ideas together while I scream at them through a bullhorn. The final touches I personally put on the songs are my secret sauce, and I can't reveal anything further.

DJ Cummerbund hard at work, finding the vibrations and aligning his chakras. Wow!

You almost always find a way to incorporate clips of WWF icon Randy "Macho Man" Savage in your work. How big of a role does Macho Mania play in your life?

The mania (both the "macho" and "hulka" varieties) play an integral role in my life in a spiritual regard as well as a musical one. When I received the gift of his a cappella tracks from Randy's family years ago, I was inspired to show the world that he wasn't just an iconic wrestling personality—but a musical genius whose work will live on for centuries. I often pray to the various sculptures and paintings I've made of him...confident that he is guiding and protecting me every step I take in my journey.

You've been praised by artists such as Smash Mouth and the Foo Fighters, both artists whose songs you've used in your mashups. How did you react to this recognition?

Nickelback giving some feedback to the DJ's work over Twitter. Real recognizes real.

I'm always delighted when my musical peers recognize my work. As fans of these artists growing up, it's certainly an honor for them to reach out and tell me how wonderful my music is just as I'm sure they are honored by my inclusion of their music in mine. Funny side note...Sarah Huckabee Sanders actually reached out to me a few weeks ago over the phone and told me how I'm an inspiration to her and how my songs changed her life (particularly my song "PantsFeet"). We chatted for about 25 minutes about music, politics, DJing, etc. until she started making some inappropriate remarks that made me feel uncomfortable and a bit objectified.

There are several other popular mashup accounts on YouTube, such as Wax Audio and oneboredjeu. What do you think of the competition?

Firstly I have to say that I don't consider anyone competition...my work has a flavor all it's own that has not and will not ever be rivaled by anyone. With that being said, my success in the mashup field has turned me on to some great artists like the ones you've mentioned as well as Neil Cicierga, Mylo the Cat, GirlTalk, DJ Earworm, DJ CandyCorn, Lil' Mustard Gas, and many others. Expect to hear some dope collaborations in the upcoming year with some of these artists and DJ Cummerbund, as everyone has been hitting me up to get down on something funky with them.

Outside of your DJ activities, what's an average day like in the life of DJ Cummerbund?

While I consider myself blessed being so successful, being a celebrity has its downsides. It's difficult to eat out in public with my family as I get harassed by fans virtually everywhere I go (which is why I spend so much time alone in the forest these days). Outside daily routines like brushing my teeth, reading my devotionals, and meditating, I spend a lot of time studying and writing music in my studio and looking for inspiration from the musical vibrations.

DJ Cummerbund in repose. Meditation is an extremely integral practice in the DJ's daily life.

You have a very distinctive sense of style, and I personally feel that it isn't discussed nearly enough. After all, your DJ name is derived from the king of formal menswear waist sashes, the cummerbund. Who are your fashion inspirations? Tell me about your iconic hat.

I've always admired the fashion and style of a diverse array of celebrities like Randy Savage, Freddie Mercury, Chuck Norris, Flava Flav, Tutankhamun, Brandy, and of course others. To me, the cummerbund sash signifies both timeless elegance and a sense of merriment, which are two aspects of my personality and life that I always try to stay focused on. I'm not sure which hat you are referring to, as I have a vast collection of over 90 hats now. I wear certain ones depending on my mood, such as my turban when I'm feeling pensive, a wide-brimmed hat when I'm feeling frisky, and my bee-keeper hat when I'm feeling vulnerable or just when there are a lot of bees around. One of my favorite hats is my panda-skin derby which is often reserved for Sundaywear or major religious holidays.

Do you have any exciting upcoming projects planned? Any future endeavors?

I do, though many of which I'm contractually bound to keeping a secret until the time is right. As I mentioned earlier, I do have some very exciting collaborations in the works with other mashup artists, as well as a project with a Beatle (not allowed to say which one yet!), a variety of live performances, some original songs I've been writing for the past 6 or so years, continued work on a musical I'm finishing up: "Summerslam '91–The Musical", and foraying into local politics very soon on an aggressive anti-recycling platform.

Thank you so much for your time. I look forward to see what you have in store for the world to vibrate to.

Thank you Tina for taking the time to interview DJ Cummerbund. Twaddle!

The DJ comes out with new material quite frequently, so if you don't want to miss out on some funky songs that make your chakras align perfectly, subscribe to him here.