all the marvel movies ranked

These are the only rankings that matter. 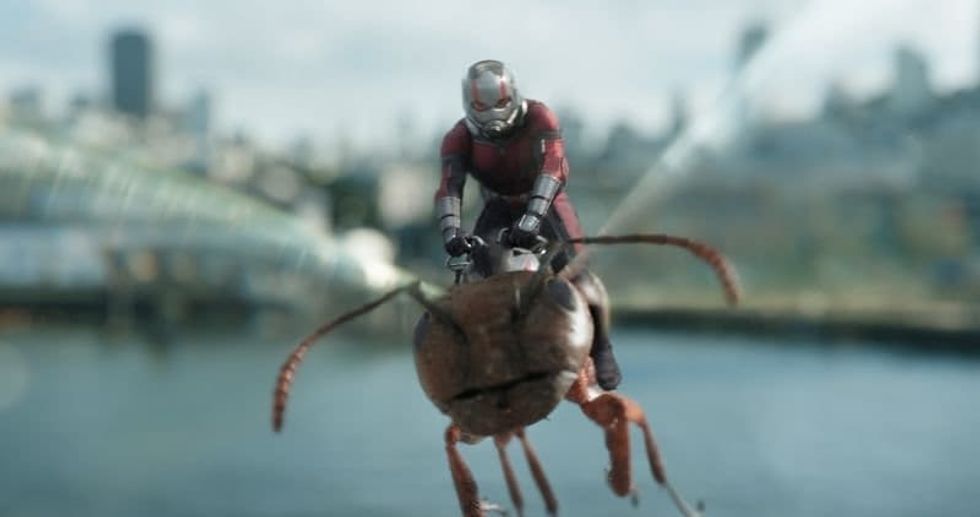 Another movie from Marvel Studios is blazing into studios so it would be fun to have a look back at all 19 of their films. There are a few flops but the Marvel Cinematic Universe has been largely a success.

I'm going to be honest, I don't even remember what happened in this movie and neither do you. Marvel eventually made Thor a thing; it just wasn't in this movie. Also, adios from the MCU Natalie Portman!

The 2nd failed Incredible Hulk movie and failed actor in the role. Marvel was definitely still feeling things out at this point. Another adios to the MCU for Edward Norton.

Arguably Marvel's only misstep, this movie felt mailed in from the performances to the villain. Let's all just agree this one never happened. Iron Man will get his shine later on, for now, let's forget this movie happened.

We all tolerated "Thor" in our anticipation of "The Avengers." It never captured the mythological magic of other franchises such as "Lord of the Rings" but was a decent flick. Solid job, Marvel.

This film that broke Josh Whedon is not bad as people say it is, but it isn't great either. The weight of expectation really brought this one down, but there are enough fun moments to make an enjoyable re-watch.

This was a movie where enjoyable characters and an awesome soundtrack were thrown into a nothing plot. While I loved lots of the interactions and jokes, this never stood together as a film for me. It's a fun ride but is not worth anything more than that.

When "Ant-Man" came out, it was clear that Marvel can do whatever it wants, and we will pay to see it. This provided a fun, small-scale heist that stood out from the other high stakes films. Paul Rudd is hilarious and is the perfect star for this franchise.

While we can debate Benedict Cumberbatch's American in 1950 voice, "Doctor Strange" holds up as a solid origin story for a character that would prove to be important later on. While I never really liked Strange as a person, that was kind of the point. I'm curious to see where the psychedelic franchise will go from here.

A movie that got more hate than it should have, "Iron Man 3" was an interesting look at superhero PTSD and had a (sorry, comic book nerds) a fun twist. The mandarin was awesome for the movie even if it didn't match up to the original story. While it could have used a little more Iron Man in the suit, this was a success that allowed Shane Black to put his vision into the MCU.

This might be a little high but I love a superhero period piece. The first hour is tons of fun that captured an almost Spielburgian tone. While the film eventually runs out of steam, it set the tone for the best franchise in the MCU.

Probably the most overrated film the MCU, it was an incredible achievement that didn't hold up as well over the time. The pacing starts off very slow and ends with an incredibly generic sky beam battle. It was cool to see these characters together, but Marvel had better things to come.

Finally! We got Spiderman right! As a child of the 2000s I have a strong affinity for the Toby McGuire movies (yes, even number 3), but Tom Holland truly is Spiderman. "Homecoming" was a joy to watch from top to bottom and had one of Marvel's only great villains, Michael Keaton.

With "Ragnorak," Marvel really showed they know what they are doing. They let a creative director run with a character and make an awesome superhero/comedy film. The interactions between Thor and Hulk are great and really make up for past failures with both characters.

6. "Guardians of the Galaxy"

No one knew who these characters were but we were delighted to see them come together onscreen. Possibly the best space opera since "Return of the Jedi," Guardians made us fall in love with Chris Pratt, a raccoon, and a tree. It was the funniest Marvel film and showed that they were going to dominate the box office for a long time.

Basically an Avengers movie inside a Captain America movie, "Civil War" took our favorite characters and pitted them against each other. While the steaks weren't incredibly high, you can't say it wasn't awesome to see our heroes go at each other in the airport scene. The emotional final battle was the good version of "Batman vs. Superman."

The one that started it all, "Iron Man" rejuvenated Robert Downey Jr. and was a shocking hit. If this had failed we might not have the MCU we have today. This isn't only a legacy pick though, 'Iron Man" is a well paced thrill ride from start to finish.

There's a reason everyone was obsessed with "Black Panther." It is THAT good. I would pay money to see anything happening Wakanda and the sequence where T'Challa reconnects with his father is one of the most beautiful in the MCU. The best part, however, is Michael B. Jordan as a complex villain that left the audience asking important questions, well after the credits had rolled.

Billed as the most ambitious crossover in cinema history, "Infinity War" somehow lived up to the hype. Every character interaction was perfect, highlighted by Thor running into the Guardians of the Galaxy. Thanos, like Killmonger, was a villain that I understood and feared. The ending was the most shook I have been by a movie in a long, long time.

The best spy thriller this century, "Winter Soldier" provided gripping action and the reintroduction of Bucky Barnes. There is just something about this one that sucks me in every time beyond my low-key man crush on Chris Evans. The fact that it stand on it's own elevates it over "Infinity War."

Thanks for reading, and I would love to see comments about how wrong I am.