Marry The Man Who Asks Your Dad First
Odyssey
CurrentlySwoonLifestyleHealth & WellnessStudent LifeContent InspirationEntertainmentPolitics and ActivismSportsAdulting
About usAdvertiseTermsPrivacyDMCAContact us
® 2023 ODYSSEY
Welcome back
Sign in to comment to your favorite stories, participate in your community and interact with your friends
or
LOG IN WITH FACEBOOK
No account? Create one
Start writing a post
Relationships

Marry The Man Who Asks Your Dad First

A response to an article stating you shouldn't. 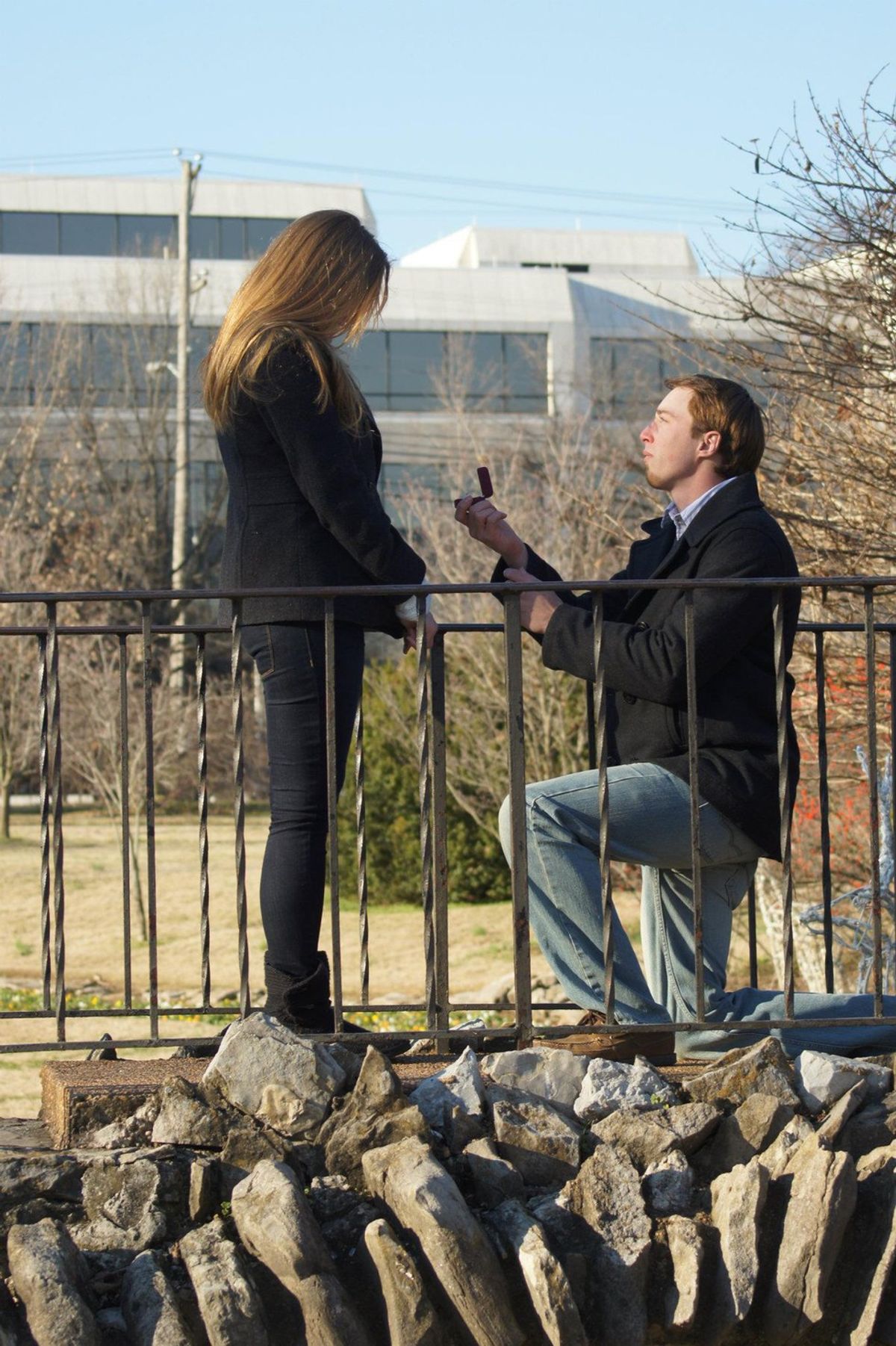 Recently there was an article floating around on Facebook about how you shouldn’t marry a man if he asks permission from your dad first. At first I thought it was one of those articles that had a misleading title. I thought that maybe I would read it and agree with the opinion after seeing what it was. However, I think I disagree whole heartedly.

The author of the article says that the problem is that “asking for a dad’s permission got a massive historical problem behind it”. It references back to when there were arranged marriages and how women were “traded” for financial gain. While I understand completely the history of this tradition, I disagree that it solely ties back to the historical problem. Some traditions are nice and have more to them than the history behind it.

Six years ago my husband, at the time boyfriend, took my dad to lunch when he thought it was the time to ask me. He talked to my dad for a bit, listened to his opinions and even took some of them into major consideration. It was a simple lunch between two men that happened to love the same woman. In my opinion, it took a lot of nerve to sit down with my dad. He is a friendly person, but when it comes to family and his only daughter, he can come off as a little over protective. And standing at 6’3”, he can be a bit intimidating.

My husband knew that I valued my dad’s opinion immensely. My dad was the first man I ever loved. He was my first friend, my first dance, the first ear I confined in, the first person to show me how a man should treat a woman. If anyone would know whether or not I had met the one, other than me, it would be my dad. Parents have this inner feeling, intuition as some call it, that can tell them things when it comes to their children. If my dad had told my husband no, I more than likely wouldn’t have married him. Not because I didn’t love him, but because that would have meant my dad saw something I couldn’t.

The article also points out that by asking permission from the dad, that it insinuates that your dad owns you. I disagree on this point as well. It’s all about respect. For the 18 years that I lived with my dad, I was under his roof and his rules. I could have lived there forever and only chose to move out at 18 to go to college. Never in those 18 years did my dad ever “own” me. He was responsible for my well-being, but again, never did he “own” me. By my husband asking my dad, it wasn’t a transfer of property, but rather my dad trusting my husband to take care of me.

Lastly, the article also says that she is a grown-up and she can make her own decisions without her parents. I fully support people making their own decisions. I even let our youngest make decisions on clothing and sometimes what we are going to eat. But when it comes to their futures and their general well-being, I try to help push them in the best direction for them. My dad did the same for me. He helped push me to graduate high school and go to college. He showed me examples of families that were broken and basically begged me to be sure I was in the right relationship before having kids.

Not everything has to be a sexist problem, just like it doesn’t always have to be a black or white problem. Not everything in life needs to be over analyzed to the point that we’re breaking centuries long traditions. There are so many issues that people all over the globe are fighting every day, and whether or not your boyfriend asks your dad about marriage shouldn’t be one of them. In fact, if your boyfriend does ask your dad before you, he’s a keeper. He knows what opinions count and what opinions don’t.