Marching Band Will Always Be A Part Of Me
Odyssey

Marching Band Will Always Be A Part Of Me 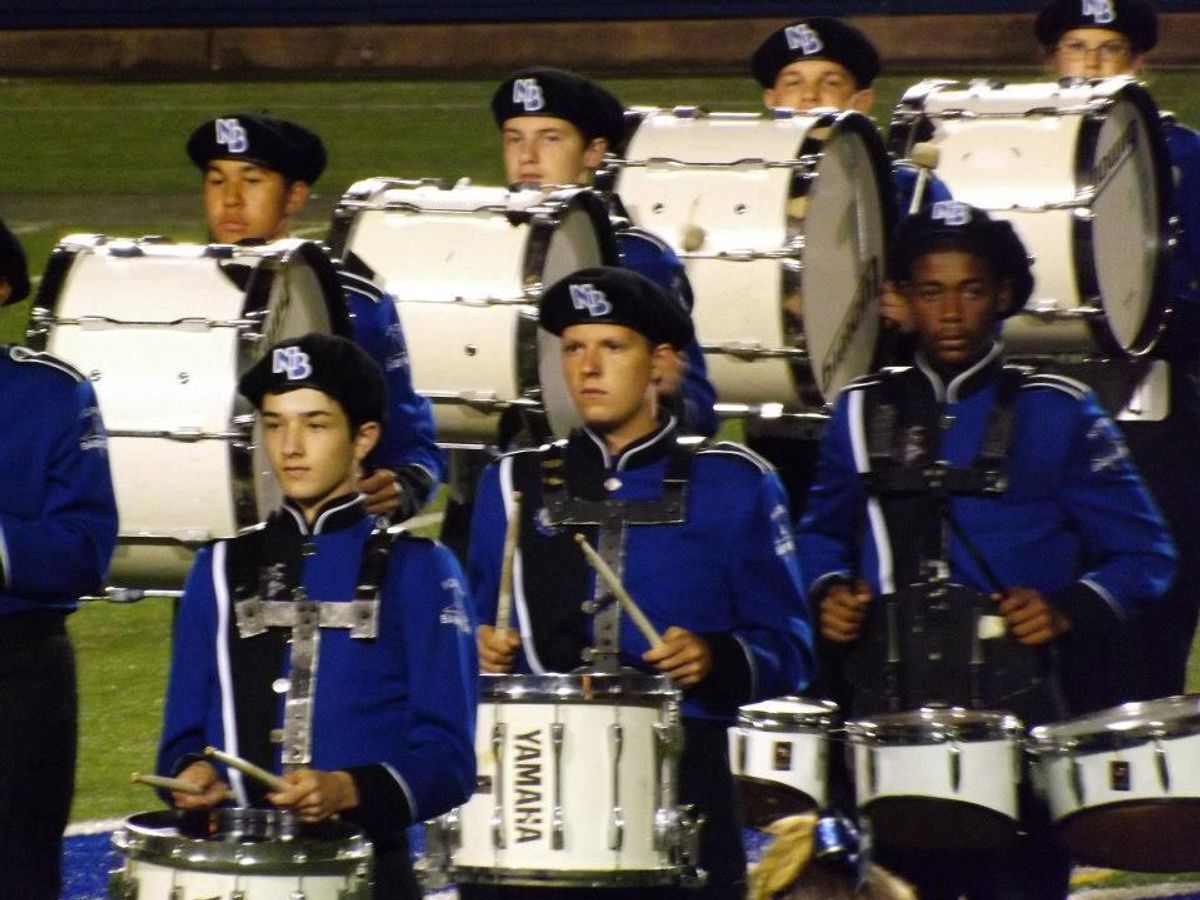 In the fall of 2010, I was a high school freshman, going through my first marching band season. Looking back now, seven years since my first marching season, it turned me into who I am today. If it wasn’t for marching band and the arts, I wouldn’t have found the friends, passions and mentors I have today. As of right now December 30, 2016, I won’t be persuading a career in the arts and will be enlisting in the Air Force, but music and theatre will always be apart of me and my passion. Most people say they hate marching band, but I truly did enjoy marching band, it’s an experience that not many teenagers chose to have. Yes, I will admit I didn’t enjoy every second of it, but I enjoyed it 98% of the time. I still remember my first year of marching band and thinking my last football game half time show, marching band festival, concert, parade and performance in general was so far away, and than in a blink of an eye it was all right in front of me and it was all such a bittersweet moment. I never thought it would have gone as fast as it did, but thinking back now those four years in marching band gave me some of the best memories of high school.

Over the years of playing drums in marching band, I have had directions, drum majors, drum captions, and friends that have impacted my life and not only made me a better musician, but gave life lessons along the way. Over the past eleven years as a drummer, I was teased by band directors and friends, had a drum section and band that was family and made great memories while doing what I loved along the way. Here are just a few of the lessons learned and memories I have from high school marching band (2010-2014):

Marching band has helped me find myself in what I love doing which is music and theatre, and be myself without having to worry that I’m being extremely weird because the band was family and they won’t judge you no matter what. It also gave me lifetime worth friends, teachers who will always be there when I need them and memories I wouldn’t have gotten anywhere else. My final days of high school was a realization that marching band and playing drums with the best people I knew was over and it went way too fast, but I will forever cherish the experiences made, people met, and life lessons learned.