DeJarnette K. Johnson
May 10, 2016
University of Arkansas at Little Rock
6 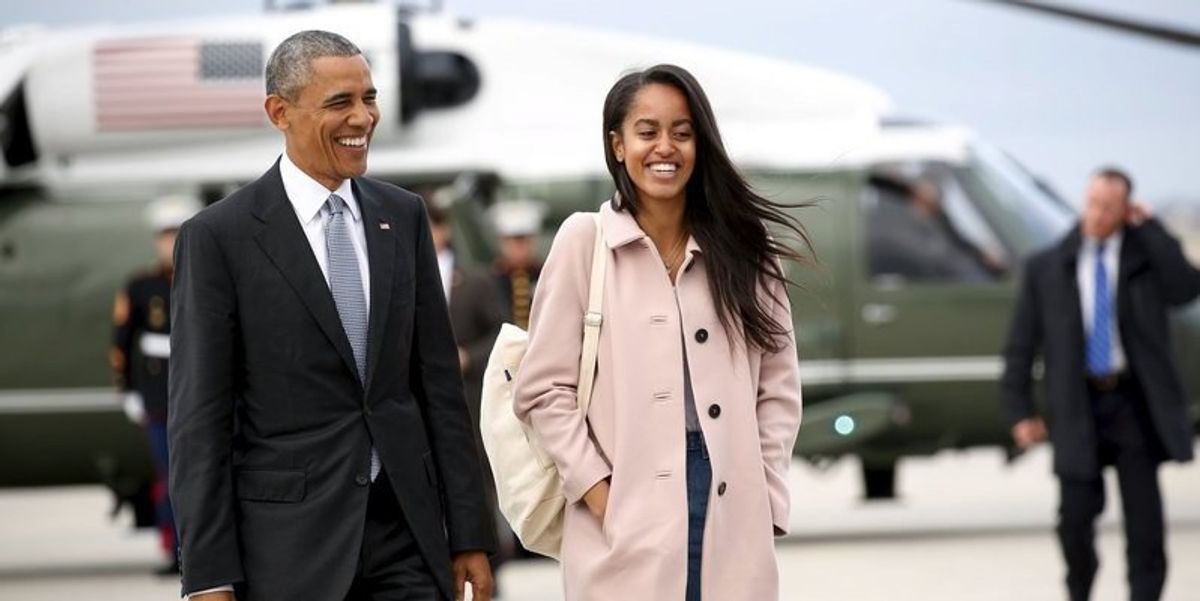 News reports confirmed earlier this month that the country’s First Daughter, Malia Obama, has decided to join the ranks of her Ivy-league parents and attend Harvard University after high school. However, sources also confirmed that Malia has decided to take a “gap year” following graduation as a year of reflection.

I’m not sure if I’m alone on this or what, but this was a first for me, this idea of a year off from life for exploration, although I must say, I’m intrigued. And like other courses that the trendsetter has influenced, I’m sure this one will soon become a mainstream occurrence in the near future.

Apparently, I’m behind the times on this concept as the American Gap Association (and yes that’s a real thing) was established in 2012. The AGA’s goals are both practical and theoretical. According to their website, their primary reasoning behind the concept is “to facilitate the natural maturation process, but most importantly for the self-awareness that such a different type of learning inevitably engenders. Increasingly students arrive to university certainly less-prepared than they can be, but most all arrive without the life-experience to know what they want to get from their time in university.”

The organization claims that there is evidence to suggest that students who take advantage of this time show increased graduation rates, higher GPAs, and overall satisfaction in their careers. Certainly, there is room for more research on this topic, but for the most part, I’m not opposed to the idea and immediately see more pros than cons, provided that you have the financial means and resources to be afforded such a luxury as this. But then again, this is coming from the girl who recently quit her job of 10 years in pursuit of her own happiness. So naturally, it makes sense that this concept peaked my interest. I’ve decided that given my current circumstance, I may divulge into a gap year myself, (actually mine will probably be more like a season, but … you get my drift). Why not, after all? Is this idea of “gap year” exclusive to high school students alone? Perhaps the general consensus is that by the time you’ve dedicated 10 years to a career path, that no, a gap year is completely out of the question. Most people would agree that by this point, you should know without a doubt what you want to do with your life.

But what about those of us who are absolutely overwhelmed with life, work, stress and all of the other responsibilities of being an adult. Surely, there must a clause in life’s handbook that warrants a time of self-awareness for us that exceeds the 10 vacation days that we are granted from our employers.

For me, I like to think that I’m on break. A life break, although not excluding the responsibilities of my financial obligations. I’m simply on a mission to restore a sense of balance.

“In order that people may be happy in their work, these three things are needed: They must be fit for it. They must not do too much of it. And they must have a sense of success in it.” – John Ruskin