For More, You Have To Listen

For More You Have to Listen

A podcast in the making. Hopefully 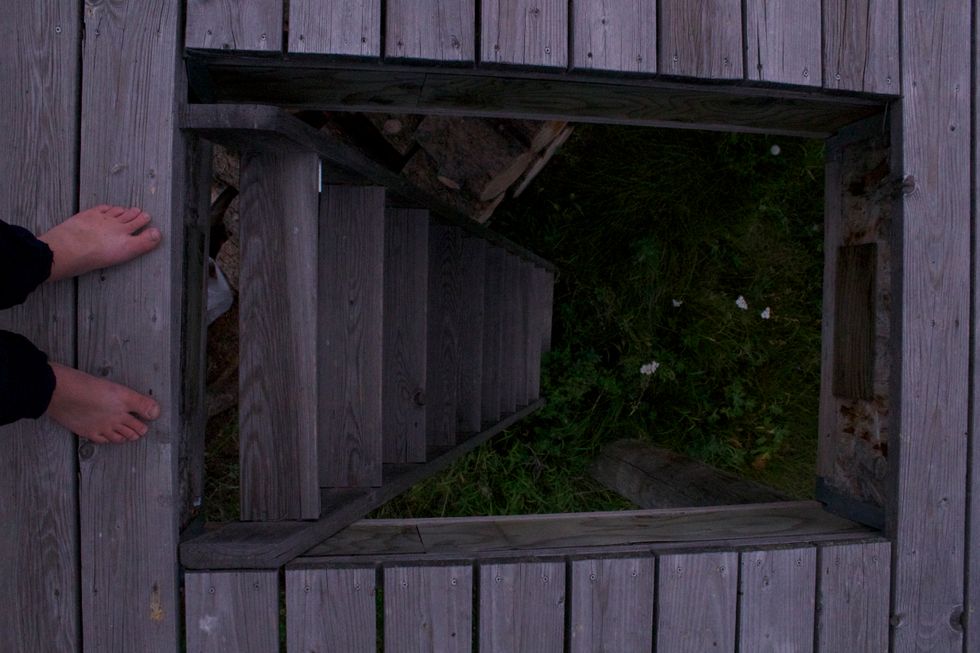 Making a podcast has been on my mind since about August, but due to the craziness of life and school, my friend, Sam, and I have yet to sit down and record. But we have content, we've both been learning, listening, and taking note from the world around us. Though we don't have an actual recording we still have our initial passion and excitement for the project.

Earlier this year I started to outline some thoughts and ideas for our first episode, and I thought I would share. Who knows what our first podcast will truly be about. That's honestly the beauty of the spoken word, with it comes conversation and conversation can go anywhere. That being said, I do hope some of our conversations revolve around our current central theme of music. Here a little taste test owhat'sts to come. :)

Now this whole podcast idea got lodged in our heads a few months ago, when on return from Summer break, Sam and I decided, in the best of words, to revamp our friendship. Now that might make you think that maybe Sam and I were volatile friends attempting to mend a broken relationship with a collaborative podcast. In reality, Sam and I had fallen out of touch since becoming close friends in the beginning of freshman year. I think both of us realized somewhere between summer and fall that our lives were better with each other in them. So we did something about it. A weekly lunch, and from there, I guess a podcast.

A common topic that we always seemed to come back to seemed to be music, specifically rap, a genre that has always and will always fascinate, enlighten, and teach me. A topic Sam and I both just loved and love, hence the podcast. But it wasn't till winter break when both Sam and I had time to lay around and ponder till we really found the urge and content to have our podcast.

Partially inspired by the work of Cole Cuchna in his incredibly captivating and informative podcast "Dissect" in which Cuchna dives into the fractured, confused, enlightened, and genius subconscious and psyche of America's most influential rappers. Starting with, who I think of as, the modern day Fredrick Douglas, Kendrick Lamar. In listening to this podcast I was enthralled. Hungry for the ability to understand who Kendrick Lamar really is. Who he is on the outside, I wanted to understand his story. Know what makes him him, I wanted to learn about his environment, and the trials and life this man has been subject to. A life, environment, and upbringing so strikingly different from my sheltered childhood as a product of one of America's richest ski resort towns. Kendrick and I seemed to be opposites, but then I started listening, and I somehow remembered or discovered, I am not really sure how I figured it out but, I learned that Kendrick and I may be different on the outside, but he and I were much more similar on the inside than I could have ever thought. Derived from alternate circumstances we both went through a process, or rather a battle, with ourselves.

A major theme through Kendrick's album "To Pimp a Butterfly" is that of the human struggle of duality. A highly complicated internal concept that I, myself, had been battling and suffering from unknowingly for many years. Where Kendrick battled between living with both a Compton mentality, and a mentality formed from fame, money, and influence. I battled with the internal stronghold that forms when an anxiety disorder goes unseen, uncontrolled and takes captive of certain parts of the brain. Nonetheless, both Kendrick and I seemed to take refuge in words, in music, in learning. For me, first grasping to the words for the quick high in which they aid the mind from its internal pain, and later understanding and loving the power and incredible healing component that music holds.

So that's what this podcast is. An exploration. An exploration of music and the people behind the bars. Starting first with Kendrick Lamar and ending who knows where.