Maine: The Way Mental Health Care Should Not Be
Odyssey

Maine: The Way Mental Health Care Should Not Be

When a state’s administration recklessly rips away the support system from their most vulnerable citizens, who will step up and be their voice? 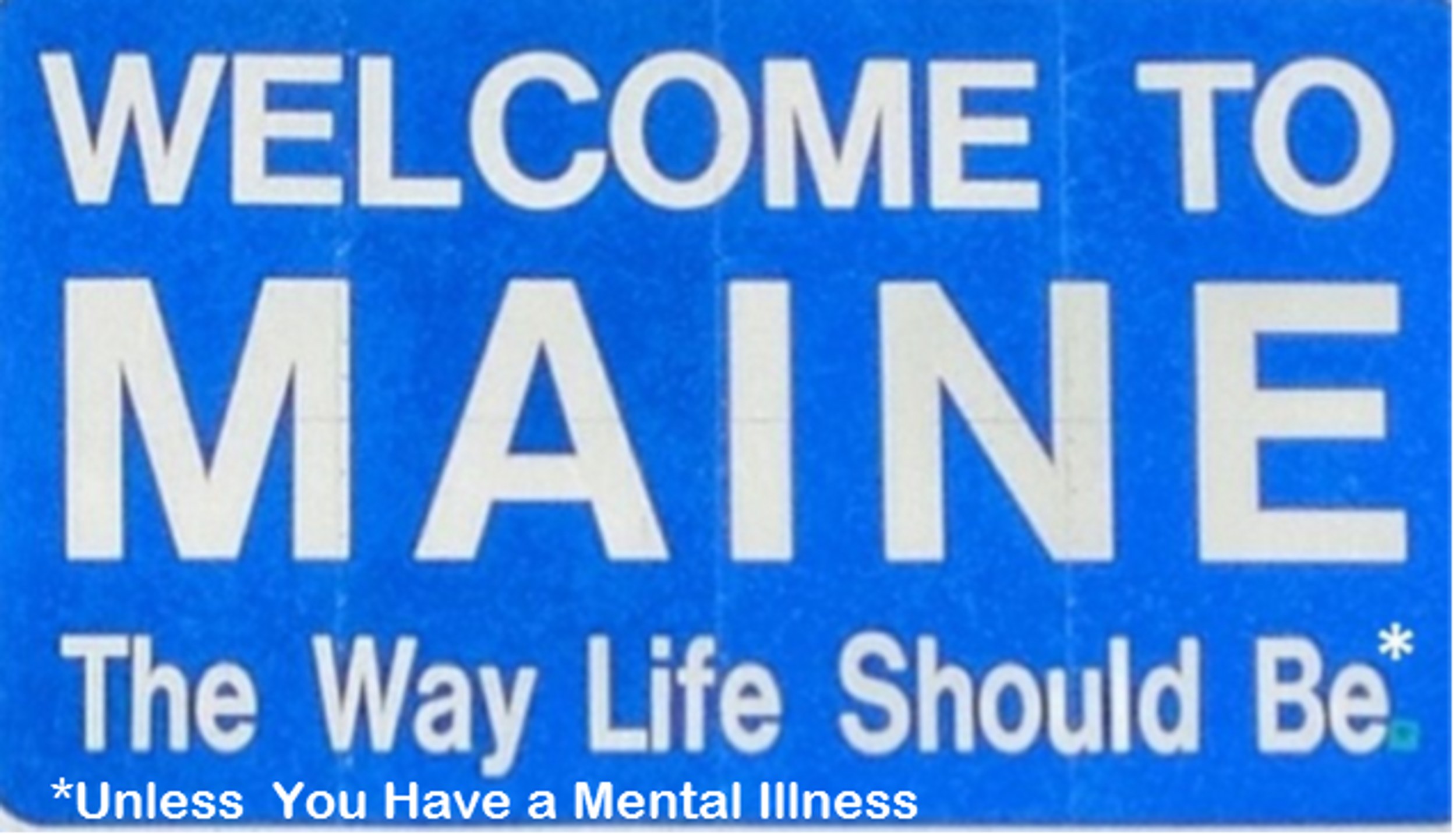 The call came “out of the blue.” My son’s behavioral health case manager, the woman who has worked tirelessly to help me navigate Autism related services, get therapy and supports in place for my family, and make sure my son receives the coping skills necessary for him to increase his chances at becoming a successful, independent member of the community, was calling to let me know that Maine’s Governor, Paul LePage and DHHS Commissioner, Mary Mayhew had ushered through changes to Section 17 mental health services, through MaineCare, for adults with mental health disabilities.

Merrymeeting Behavioral Health case managers got word of these changes on Friday, March 25, and management spent the weekend crunching numbers trying to figure out how they could weather this storm and continue to operate. They couldn’t make the numbers work and the agency, which received the bulk of its operating budget from the affected adult-centered programs, came to the startling conclusion that it will have to close its doors. I got this news on March 28; the agency caregivers got the news on March 29; the local news stations reported it on March 30; and on April 1, a full week before these changes go into effect, the agency ceased operations. It happened that fast. And they won’t be the only ones who will have to shut down.

True to bureaucratic form, Governor LePage and Commissioner Mayhew are now singing the praises of how these changes are being implemented in order to get those with “serious mental health issues” the services they need in a timelier fashion. All one has to do is visit the Maine DHHS Facebook page to be regaled with any number of statements from Commissioner Mayhew about how these changes are “necessary.” They will tell you the changes were put in place in order to ensure that those with Schizophrenia or Schizoaffective disorders can access services with little to no delay. And make no mistake, that is a good thing. However, the real driving force behind these changes rests in their potential to realize a financial savings and nothing more—hidden under a justification of looking out for the taxpayer funded program’s efficiency while still keeping a vital mental health service available. At least, available for some. Fair enough. But, let’s be completely transparent here and call it what it is: a cut in services—because these changes ensure just one positive outcome, while creating an avalanche of negative repercussions.

Over his two terms in office, Governor LePage has been obscenely outspoken in his crusade against health care services of any kind for Maine’s low-income citizens. And mental health care? That has always been a bone of financial contention in political circles. In fact, mental health services across the country have been on the decline while crimes directly related to untreated mental health issues are on the rise. These facts can no longer be ignored. Not in Maine, and certainly not in the United States of America.

Now, I’d like to continue with transparency here and reiterate: These are not people who choose to be sick. These are not people who can just “get better.” These are people who suffer with severe depression, Autism and PTSD—just to name just a few of the mental health issues Section 17 was helping to address. And there is no way someone can sit in an office in Augusta, rip away the support system that has been in place for patients with mental illnesses—services on which they’ve come to rely, justify it with completely debatable criteria on the perceived “seriousness” of one mental health diagnosis compared to another, and call it anything less than a “cut.”

Perhaps it helps Governor LePage and Commissioner Mayhew to sleep better at night when they whip out their rose-colored pencils and assure themselves that they’re only looking out for the taxpayer and building a better functioning system. I can guarantee you, however, that those who are going to lose their services are not sleeping better at night. My son’s case manager, the one who called to break that news to me, she’s not sleeping better either. In fact, despite her recent unemployment, she spent her last week working tirelessly to make sure my son is transferred over to another agency—one that’s about to be inundated with cases from her agency, so that his care can continue. And, for that, I’m extremely thankful.

But I’m not sleeping better at night either.

Let me explain: my son is a minor, which means that these cuts and changes won’t stop his services—yet. But what happens when he reaches 18 and becomes an adult? What if he’s not ready to live independently? What happens if, heaven forbid, I’m not around to help him and continue on as his caregiver? What then? What happens to adults already receiving services? Who will look out for them? Help them budget? Get to the doctor? Make an appointment? Pay their bills? If they don’t have a family member who can step in and fill the shoes of the case managers who will no longer be there to assist, who will then become their advocate once their voices are silenced via cuts to the services? See—caregivers are always thinking ahead. The future is already a scary place for us and our charges and now, it’s even scarier.

Cutting critical mental health services and disguising those cuts as something “positive” that creates a more “efficient service” for one group of people, while consciously and deliberately omitting—or just flat out ignoring—the entire group of citizens negatively affected by these actions, is a gross miscarriage of the responsibility these elected officials have to the people of Maine. I love my state, but I hate the road this administration is traveling. We are leaving our most vulnerable citizens floundering in the wake of an administration hell bent on trimming the bottom line. An administration who refuses to acknowledge that a monetary savings on one end does not necessarily translate to monetary savings on the back end. And when any anticipated savings—realized or not—comes at the expense of physical safety and quality of life for our most vulnerable citizens, it’s not only irresponsible, it’s downright despicable.

Please consider signing the petition to stop this madness here: Restore Section 17 Services to MaineCare.
Report this Content
This article has not been reviewed by Odyssey HQ and solely reflects the ideas and opinions of the creator.

Caitlyn Morral
St Bonaventure University
2893
Wordpress
Odyssey recognizes that mental well-being is a huge component of physical wellness. Our mission this month is to bring about awareness & normality to conversations around mental health from our community. Let's recognize the common symptoms and encourage the help needed without judgement or prejudice. Life's a tough journey, we are here for you and want to hear from you.