The Psychology of Magic: The Gathering
Odyssey

The Psychology of Magic: The Gathering

A huge part of being a great Magic: The Gathering player is your mindset. 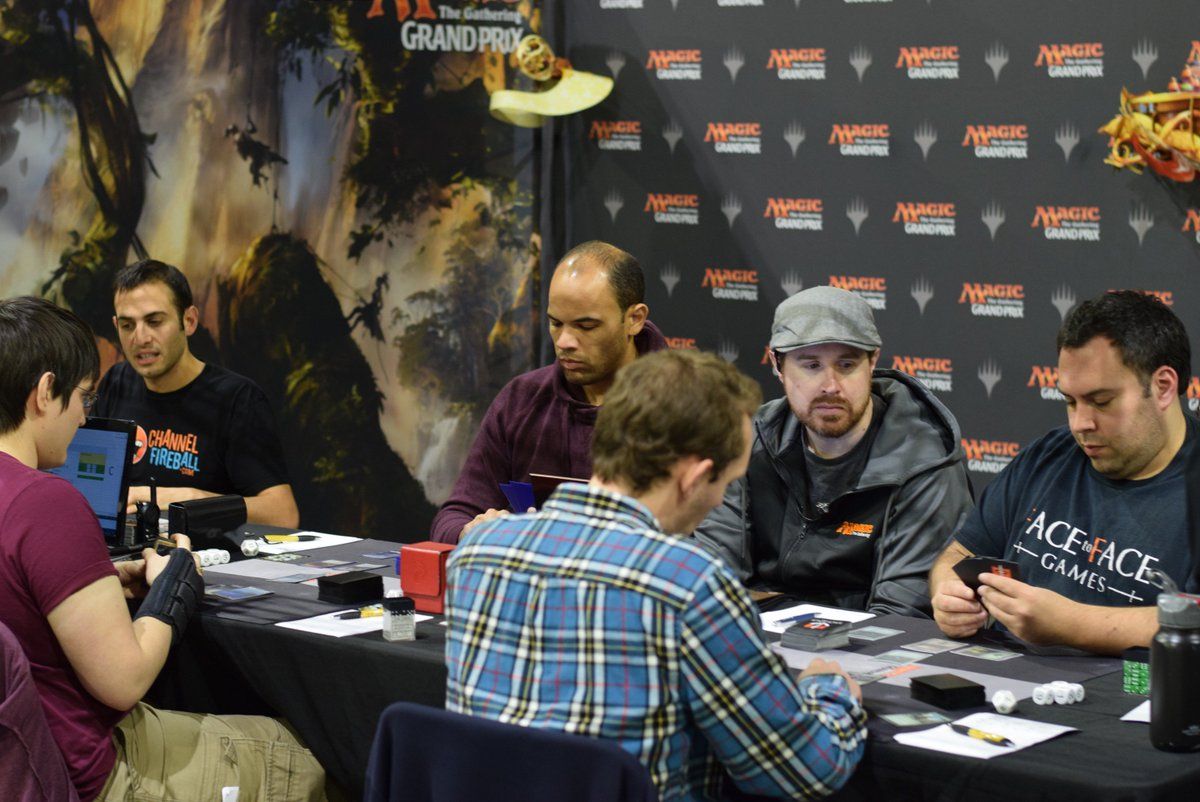 His dog sat across from him, weary of his obvious frustration as his laptop screen illuminated his face. It was around 1:30 AM on a weeknight. The rest of his family was sound asleep as they all had to wake up in the morning, but he didn’t work until 4:00 PM - a five hour shift at the Market Basket Deli, where when he got home around 10:00, he would likely go back to his usual spot on the couch. Where his dog would stare at him as he would partake in what some consider insanity; Doing the same thing over and over and expecting a different result.

The 18-year-old was a little more than four months into his year off from school, graduating from high school seven months prior. He ironically took the year off to run away from the very paradigm he was partaking in now, of repeating the same process and expecting a different result. He never really liked school, and it had driven him almost to the point of no return. He was convinced he fell into that camp that people refer to when they say, “school isn’t for everyone.” He had experienced the same turmoil over and over and so he thought it fit to change his path and veer away from school for a year.

He currently stared irritably at his computer screen as he had lost another match, and what felt like a long and constant pattern of losing was building up on him. The justification he used around friends and family for his decision to take a year off was to take a break from school, this was true, but not the whole truth. He had been playing a card game called Magic: The Gathering since the beginning of his Junior year in high school. He had really started to take Magic more seriously as school got worse and it seemed Magic was one of the only things left that he enjoyed. While he didn’t tell people this, he hoped he would make it to the professional level that year and that the extra time he would have would propel him. He spent the first 3 months of his year off almost solely pursuing his dream of professional Magic, and to no avail. But as he sat there, it wasn’t just the fact that he didn’t reach his goal of making it pro that put a sense of hopelessness in himself. He hadn’t even come close. Countless weekends spent driving hours to tournaments where he was knocked out within the first four rounds of 11 round tournaments.

The commentary in his head was circulating something like,”Why am I so unlucky? Game after game I just get screwed by this stupid fucking luck. How am I ever supposed to win when I am this unlucky?” and an occasional a grunt of angst was released as he contemplated not just this, but his entire life. He had put a lot of chips into a basket that turned out to not reap the returns he thought it would. He watched as all of his friends were off at college, going places, while he spent his days playing a card game he wasn’t nearly as good at as he thought and slicing Market Basket customers deli meats and cheeses.

What he kept resorting back to was luck. Luck. If only luck had been on his side through more of this, then maybe he would have made it pro. But as he thought this he knew all the while he was partaking in a thought process that led absolutely nowhere. Because he was not the controller of luck, but merely a pawn navigating within its loops and bounds. And that’s when the feeling overcame him. A synapse had sparked inside his mind. One that would change his life forever.

His dog watched curiously as his eyebrows scrunched up and his frustration was slowly transformed into deep thought. What he was realizing was that all he focused on was luck. He realized he had deemed it the fault of luck for everything bad that happened related to Magic. It was in this moment he was going to have to face his true fear. The burden of his own actions, and how they influence the outcomes of games of Magic.

It was in this moment, as he sat on his couch across from his dog only a few hours before the sun rose, that he vowed to no longer give attention to the demon that blinded him from the truth, luck. The demon that explained every setback and loss. That gave him comfort and shelter from the truth that he wasn’t as good as he thought he was. He had finally accepted true responsibility in the long journey ahead in becoming a professional magic player. If he lost, he would find what he could have done differently to win, not what luck lacked in giving him. His mental transformation was not easy. It took him a few weeks and maybe even months to fully adopt this new mental philosophy of completely ignoring luck, in a luck driven game.