Living despite all the hate, and moving on. 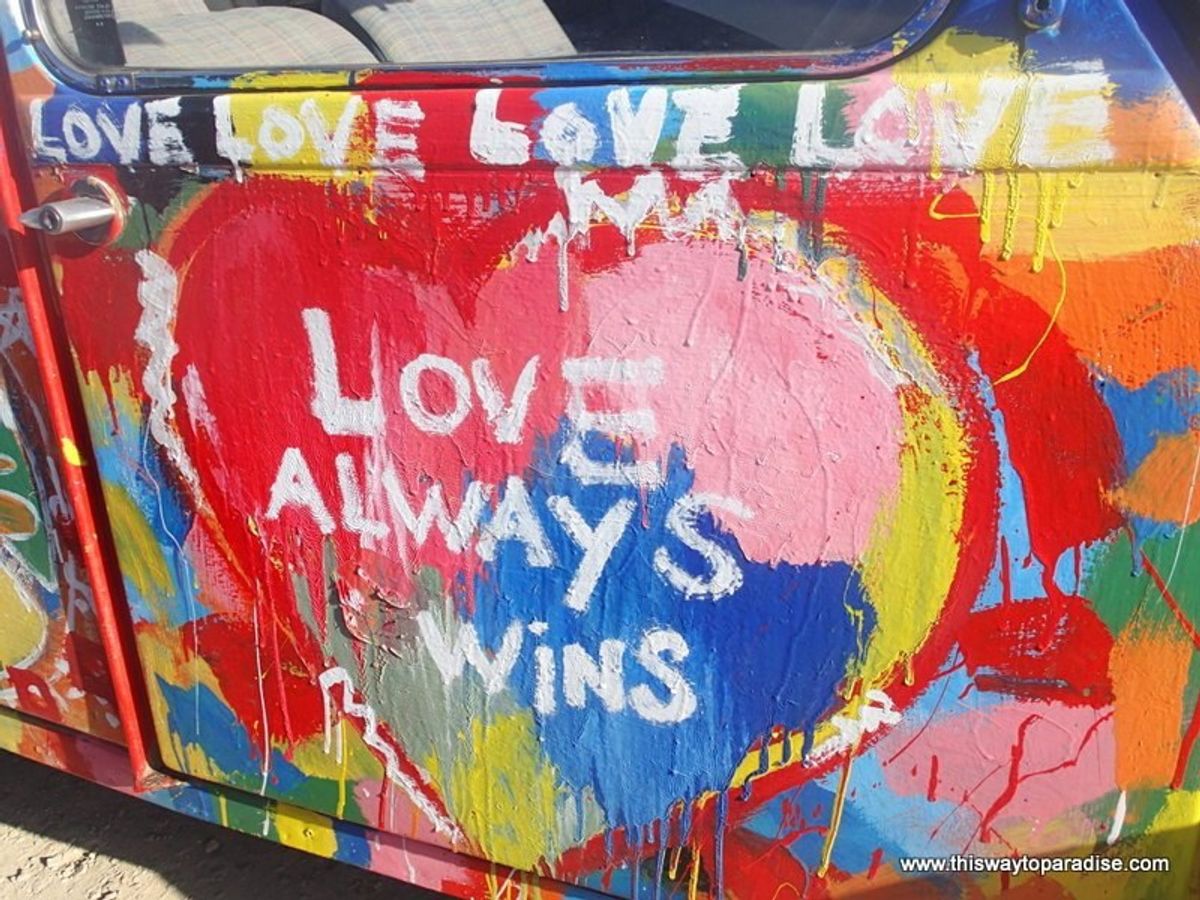 This Way To Paradise

As an 18-year-old boy who loves wearing high-waisted pants and crop tops and has two piercings and six tattoos and a face full of makeup, I would definitely not resonate as a straight male. I am gay, absolutely nothing will be able to change it. Nowadays, the social norm is to spread hate, and I cannot help but wonder why people spend so much energy into being blatantly disrespectful towards something they do not understand, nor will spend the time to even attempt to understand, which equates to people not being people. A degenerate part of the human race decides that if they don’t understand something, then they should be allowed to violently oppose, which is heartbreaking to hear and even more heartbreaking to type.

So many people ask why gay pride is a thing, and why there was ever a gay flag, and the answer to that is that straight pride is already accepted. There is no purpose in having a straight flag, as being straight will be accepted anywhere. Being gay? Not so much. The whole reason that there has been a gay flag is to show that we will not back into the corner and let other people live freely when we are not allowed the same. Homosexuality was considered a mental disorder until 1974; being straight has never been a mental disorder. Even still gay people know how challenging being gay is, hence why most gay people have a sense of understanding of anyone who not straight. Being gay automatically puts a label on us, and I do not want that label. I am a human, and there are worse things than a boy who likes other boys. We just want to live and be happy, free from judgment, and I personally wish everyone could have that mindset.

The deadliest mass shooting in U.S. history occurred last June at Pulse nightclub in Orlando with 49 killed and 53 injured. All of those who were injured or killed were just trying to enjoy their night. I was in Orlando a few weeks before the shooting happened, and when I found out about that, it rattled me to my core. It was so devastating to hear, and hearing some of the last text messages between those harmed and their families completely shattered my heart. A thing people don’t realize is that gay people have families too, we’re not some bizarre species. We are humans; we have families; we have people who support us, just like everyone does. The family of the shooter even apologized for the inhumane crime their child had committed.

THAT is exactly why we have a gay flag. To show that we can’t live our lives in fear, to show that we have value beyond the label of being gay or being a lesbian or bisexual being a transgender human being. We are still people, conceived from our parents and just trying to live our lives free from hardships and trying to enjoy what others have the right to do. There is absolutely nothing wrong with that, nor is there anything wrong with being happy. How can you expect to make others happy if you can’t make yourself happy? Things like that have to stop, and I think people just need to open their eyes to the world around them. Because we won’t hide, we’re here in the world too, and I for not one will not cower.

I am a part of the LGBTQ+ community and will always be. Some of the kindest people are in our community, it’s the most accepting that I have ever encountered. We love people, no matter the race or sexuality or whatever they do. We feel that humans are allowed the right to be who they want to be, and we will accept people as they are. I hope for anyone who is reading this, that I could at least challenge your beliefs into showing you that we have the right to live too. Let people be themselves, and let them be happy. It is not too much to ask if you do not like it, that is okay, but we at least get to be respected. To any LGBTQ+ human, I am here for you, countless people are. Never lose sight of yourself, and be who you are at all costs. Live and beam happiness, and challenge others until the world is a safer and happier place. Never stop fighting for what you believe in, and this is what I believe in, happiness and equality.