How To Love The Earth In The Afterlife
Odyssey

How To Love The Earth In The Afterlife

Green is the new black -- it's time for humans to start decomposing. 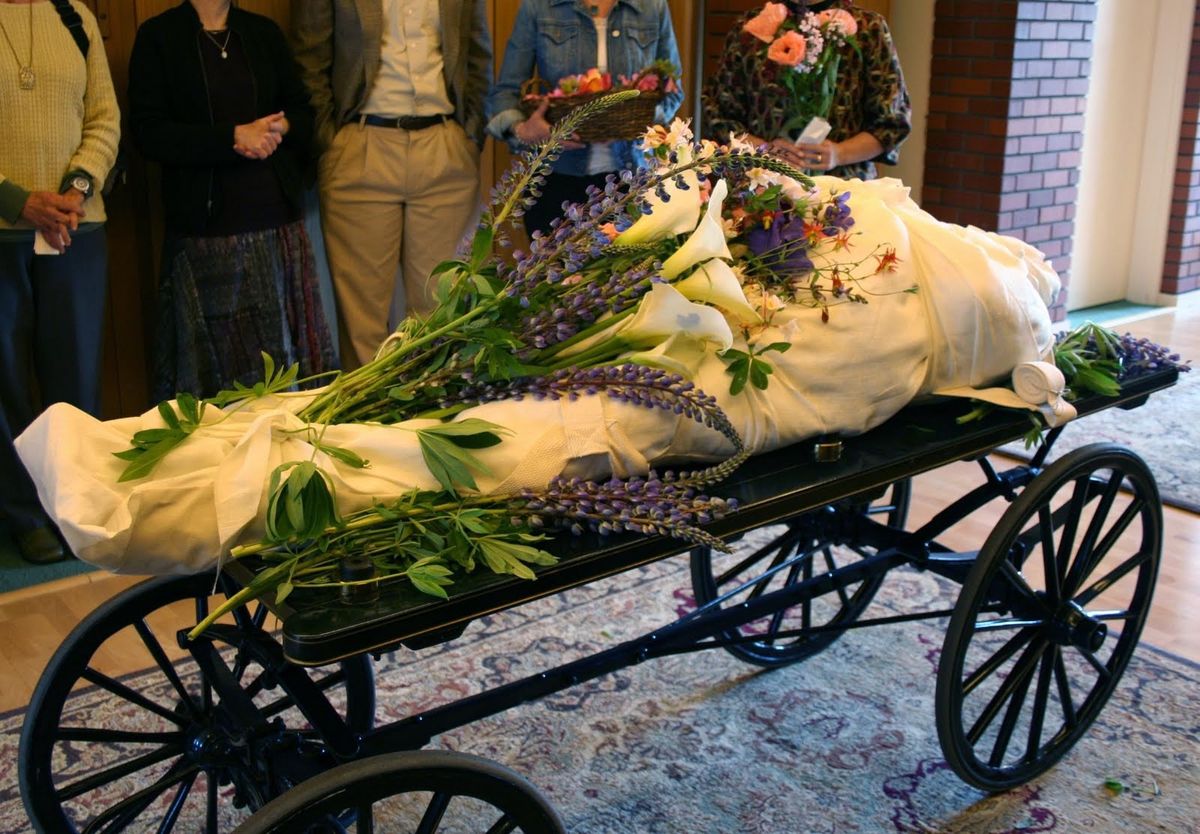 It’s time for humans to start decomposing. Not while we’re still alive, obviously, but in death. The current most popular methods for disposing of bodies of the deceased in the United States are traditional burial and cremation, but the popularity of green burials is also on the rise, and for good reason. Traditional burials involve a cocktail of toxic chemicals, and cremation usually results in the scattering of ashes which some people consider polluting the environment. The fact of the matter is, Americans who intend to have their bodies embalmed or their ashes sprinkled are complacent in furthering the environmental downfall of the Earth. Their deaths are killing our planet.

Every year, approximately two million people in the United States die, which means that every year there are approximately two million bodies that need to be buried, cremated, or otherwise put to rest. According to a set of statistics on the website for the National Funeral Directors Association, 45.4% of people who died in 2013 were cremated and the other 48.7% were buried. The remaining and mysterious 6% who were neither cremated nor buried were most likely undocumented or laid to rest with alternative methods, some of which may have been green. Cremation, while increasing in popularity and a step in the right direction, is still not the most green alternative to burial.

Before we delve into the imperfections of cremation, let’s break down the toxic practice of traditional burials. As of today, traditional burial, involving embalmment and casketing, is still the most popular way of dealing with the deceased, and that needs to change. Embalming is the process of draining the body of all its fluids and then replacing them with a chemical solution known as embalming fluid, which is mostly formaldehyde mixed with dyes and a whole concoction of toxic fluids.

To prove just how toxic embalming fluid is, Caitlin Doughty, a mortician and blogger who advocates for the reform of Western funeral practices on her website, Order of the Good Death, posed the hypothetical question: “What would happen if you were to drink just one ounce of embalming fluid?” “Oh! You would totally die,” Doughty says in her video “Ask a Mortician – Is Embalming Dangerous?”

Embalming fluid isn’t just toxic through direct ingestion either; it’s toxic to the environment and to the funeral directors who are in contact with it when embalming people. According to an article written by Ruth Miller on The Urban Fringe, a practitioners' blog, titled “Landscapes of the Dead: An Argument of Conservation Burial”, “Exposure to formaldehyde affects funeral workers’ health, demonstrated by a high incidence of leukemia and brain and colon cancer among embalmers.”

Not to mention the environmental effects the almost 830,000 gallons of embalming fluid buried in the deceased every year have as they inevitably seep out of the body. In the ghastly incidence that a cemetery should ever be flooded, gallons and gallons of formaldehyde would find its way downstream to taint streams, rivers, ponds, and perhaps even public water supplies. In other words, cemeteries are toxic waste landfills.

But there is hope, as Americans have become more eco-conscious more and more elect to choose cremation, which is much greener compared to embalming but still has its environmental issues. “While cremation has fewer harmful environmental effects than traditional burial, the cremation process releases carbon monoxide, fine soot, sulfur dioxide, and heavy metals into the atmosphere,” Miller explains. There are also environmental concerns if the person who is cremated has mercury based fillings or metal implants, and since cremation remains are sterile because of the high heat under which they are processed, they have no nutritional value to plants.

The green alternatives to traditional burial and cremation are much better for the environment and give the families of the deceased something to feel good about. There are three main types of green cemeteries, as documented by Reynard Lokis in an article called “Don't Let the Mortician Turn You Into a Superfund Site: Alternatives to Toxic Embalming” for Alternet.

The fact that their loved ones cannot have a conventional headstone is a factor that could turn people off to the idea of green burials, but Everett Sizemore shares his opinion on that aspect of green burials in an article called “Green Burials: How to Be Green in the Afterlife” on Gaiam.com, and the perspective he takes is refreshing. “Instead of row upon row of grayish-white tombstones, imagine being buried in a meadow of wildflowers or a peaceful forest setting,” Sizemore writes. “Imagine the comfort your loved ones will feel knowing that they can sit down and remember you while leaning against a tree that was planted above you, and which your everlasting energy feeds. In a sense, the tree is you—living on—as it was your body that provided the nutrients it needed to grow tall and strong.”

One of the major arguments in favor of traditional burial is that it preserves the body of the deceased so that their family and friends can say their final goodbyes, and since green burials prohibit embalming, the body breaks down more quickly and does not allow for as long of a visiting window. Some religions believe that the body must be preserved so that the savior or messiah can bring it into the afterlife when they return to Earth. It is this mindset of wanting to preserve our loved ones as they appeared when they were living, even in death, which holds back our culture of death in America from progressing into a more death positive tone.

As Doughty writes on a page called “Home Death Care” on her website, we used to take the care of our dead into our own homes and commune with them much more personally and intimately than we do today. “In the past 75 years the use of a funeral home has become the norm. So much so that our collective memory has forgotten that for thousands of years of human history your family was your burden from cradle to grave. There was no option to shift responsibility to a funeral director or mortician. You washed the body, shrouded or dressed the body, sat with the body, and finally accompanied the body to the grave or crematory,” Doughty says.

We ship off our dead to be taken care of by someone else, to be sterilized and cleaned, to be made the opposite of what death is, and for what purpose? To ease our own suffering and grief? Perhaps. To avoid having to deal with the gravity of their death? Possibly.

The bottom line is this: preserving the human body with toxic chemicals so that it will remain looking as it did in life is unnatural. In our present culture of death, whether we would like to admit it or not, we are afraid of the natural decomposition of the human body after death. “The elaborate expensive display of an open casket with all the makeup in the slumber room enforces the belief that the person is only asleep and in my personal opinion would only help prolong the state of denial,” says Elizabeth Kübler-Ross as quoted by Caitlin Doughty on her website.

The relatively new practice of embalming is poisoning our globe and is extremely unnatural and it needs to stop, but often times families are hesitant to go a more natural route. By having their loved ones embalmed or cremated they are able to avoid fully accepting their death by avoiding the natural decay and “preserving” the final image of a life-like body, when they should be more focused on preserving their loved ones in mind and spirit. Green funerals offer a more natural burial process that is much better for the Earth, but on top of that they also promote a more positive and personal relationship with our deceased.