The Lost Art Of Poetry

The Lost Art Of Poetry

It is hidden all around us. 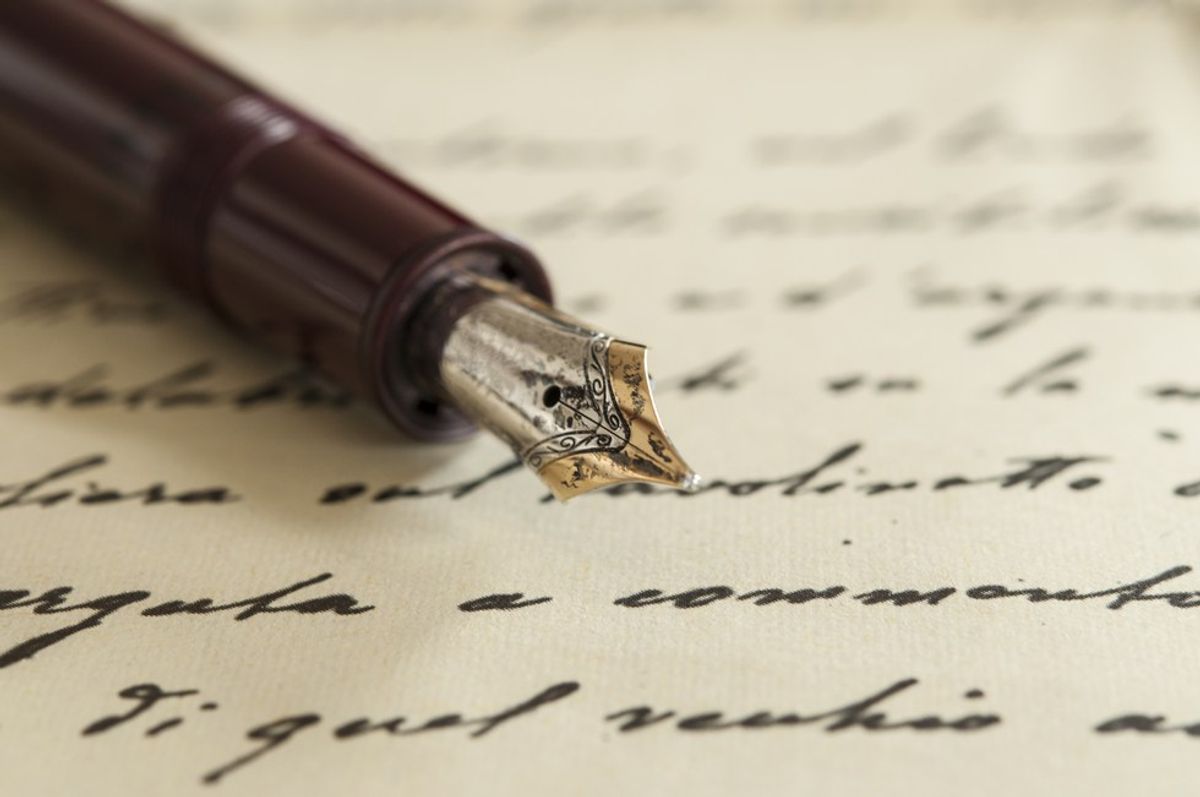 Robert Frost said "Poetry is when an emotion has found its thought and the thought has found words."

Poetry gets a bad rep for being outdated and hard to understand. You don't have to analyze a Shakespearean sonnet to appreciate a good poem, however, because poetry is everywhere.

A poem can span from a three-line haiku to the "Iliad," and this genre can encompass a vast majority of topics, tones and purposes. What separates poetry from other forms of writing is that it comes from the heart or, some could say, the soul. There is a certain sense of wisdom and sentiment that resonates with a style like this. It can also be quite whimsical.

Shel Silverstein and Dr. Suess are pioneers of the capricious and playful side of poetry-gearing, of course, toward children. There are important life lessons embedded in plenty of their stories. Some include being yourself, carving your own path to success and getting the most out of every day. Also, the "Giving Tree" is the ultimate teacher of gratitude.

Songs and advertisements are poems too, and we are bombarded by them daily. Eminem might be one of the best poets who ever lived, masquerading as a rapper. I wonder if T.S Eliot and John Keats would have battled it out at the shelter had they been introduced at a different time. I guess we'll never know.

Poetry is meant to inspire and intrigue, apart from being a source of entertainment. Mary Shelley's "Frankenstein" is a work of art, cover to cover, and Lord Byron has left us with countless prose to ponder. (Fun fact: Percy and Mary Shelley were great friends with Byron back in the day!)

Edgar Allen Poe has astounded us with legendary works like the "Tell Tale Heart." "The Raven," "The Pit and the Pendulum" and "Annabel Lee," delving into the darker side of poetry. His works dig deep into the human core and spare nothing. They incite the imagination because they are bursting with imagery - a talent many strive to emulate.

Though Poe has been criticized for being on opiates for most of his life and writing career (hence the vivid imagery), he is certainly among the greats.

Poe said "Words have no power to impress the mind without the exquisite horror of their reality." This is so true, and I hope that the art of thought-provoking and insightful writing never loses its influence.