The cliché IS true. 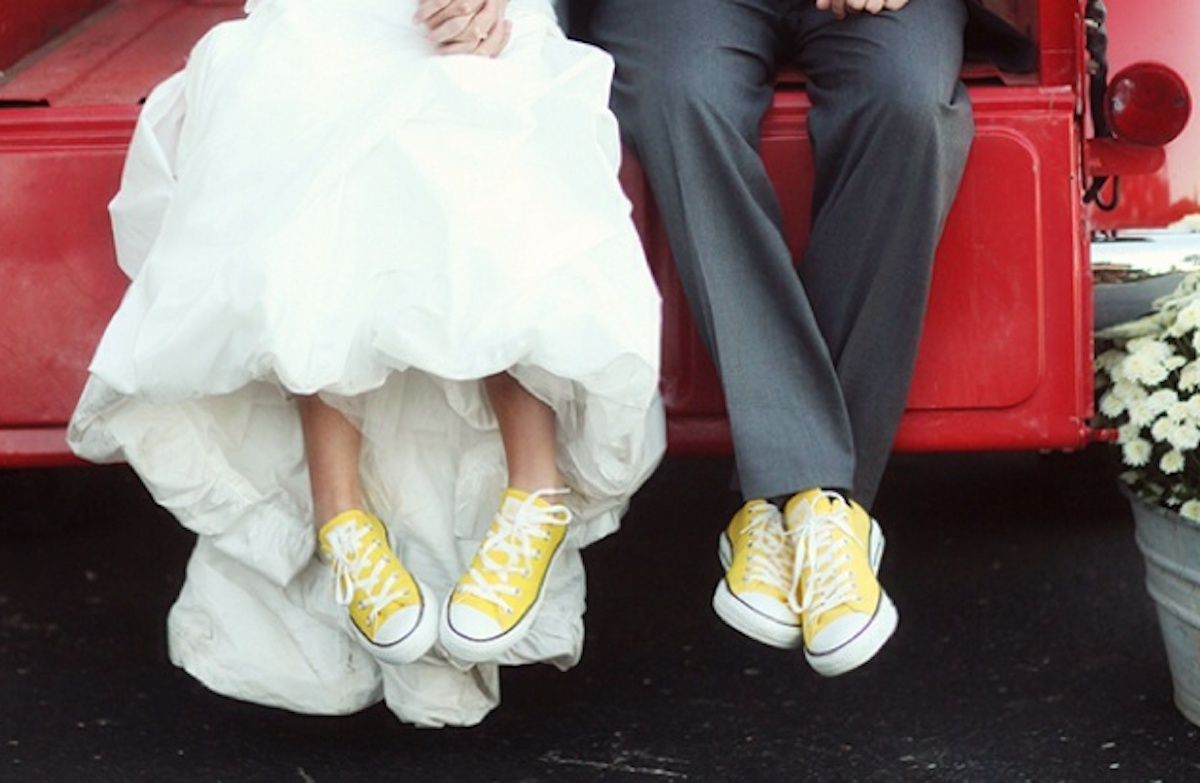 When I used to think of marriage back in middle school and high school, I used to think of how much of an effort it was because of all the “unnecessary planning." Like how could a person spend so much on such arbitrary things. Well...that part still rings true. But in all seriousness, even back in the old days of 2011 when I was a junior in high school, I thought that I was not capable of finding someone I deemed me as worthy as being their girlfriend, let alone “wife." All these thoughts of insecurity and doubt kept telling me that no one wanted to a girl with glasses, Converse sneakers, and who is obsessed with books almost as much as Belle.

I was truly obsessed with the superficial aspects of dating that a lot of people my age were only interested, such as looks. Such as, if I had the right makeup and if my gothic appearance would frighten people. Obviously, they did because most people thought I would put a curse on them or they thought I slept in a coffin (I swear I am not making this up, some people seriously thought my goth clothes stretched as far as me being a vampire. Cue in the eye roll and drink my cup of blood I guess, right?).

But even when my doubts about marriage tried to prevail, I always thought there was hope even for a nerd like me. While I saw my siblings happy with the people they loved, I was always wishing I had what the people in my family had.

But the typical parental response would be “You are only a teenager, you will find someone when you are least expecting it."

Again, cue the teenage eye roll. Well, they weren’t wrong though. My longtime crush who I sat next to in 4th period Physics soon asked me out which consisted of horror movies, pizza, and video games at his house.

But fast forward six years later, with a ring on my finger and I am still with my horror movie, video game nerd whom I love more than I thought possible. I am 24, and am literally the happiest person. Granted it is cliche, but it's true!

For people who may hold doubts about finding their S.O., it is true when people tell you that person will come at an unexpected time in your life. You may just be eating lunch, studying, working, or just waiting for the bus and that person will fall into your life just as fate had planned it. Believe me, no relationship will ever be a fairytale. But when that person makes you laugh after a hard day at work, or when they order pizza for you and just is a genuine ray of sunshine in your life, then you two are stuck for life.

Love has no set time like a bomb about to go off. You will find that person, and not only will your happiness matter to yourself. But it will matter to them as well. Parents don’t lie about love, or so I have found out.

Glorie Martinez
255
Why I Write On Odyssey