Living In The Now With A Cause
Odyssey

Living In The Now With A Cause

A reminder from Winter Storm Jonas. 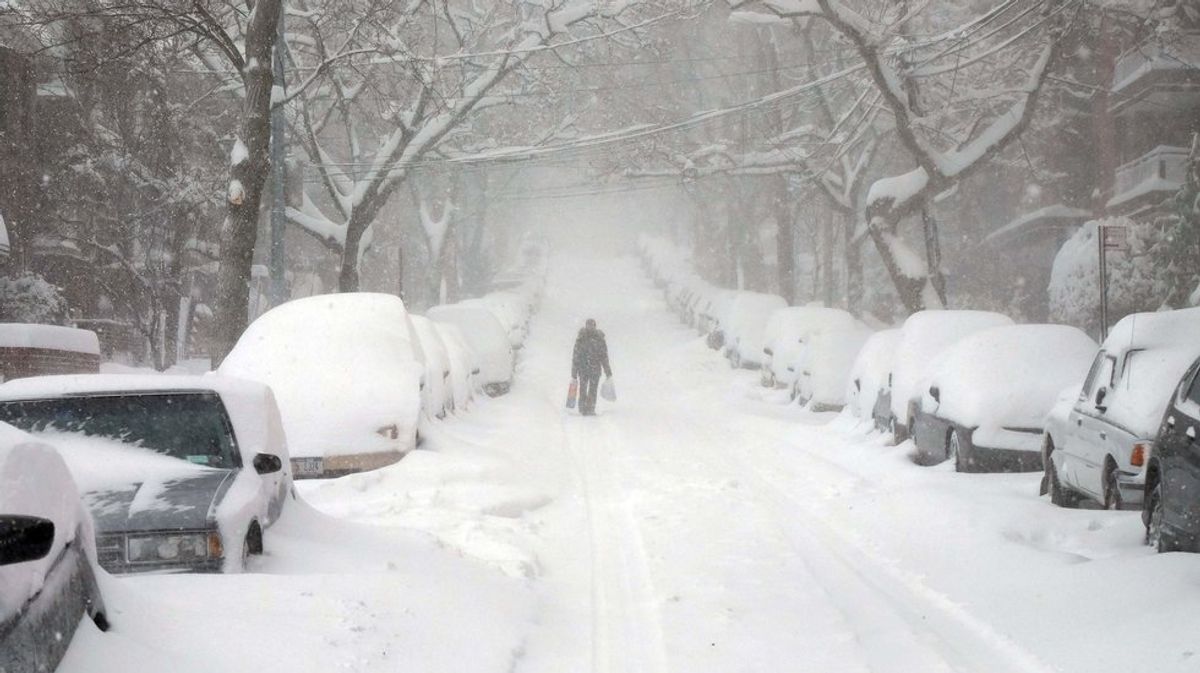 While shoveling sidewalks during Winter Storm Jonas, I became intensely focused on what I was doing. Beginning from a corner, I made my way to the other side of the building, slowly taking off layer by layer of snow. I became aware of my steps, the falling snow, the wind blowing into my face, and the progress I was making.

Neighbors came outside to do their own part with shovels and brooms. It wasn’t much better the next day with unreliable public transportation. I decided to trek the mile and a half to my boyfriend’s house. I saw it as an exciting, cautious adventure that I hadn’t taken in a while. I met snowy mounds, icy patches, and streets with snow untouched.

Walking after a major snowfall was therapeutic in a way, because it forced me to live in the now. As a person who is constantly inside her head, thinking about tomorrow, or about events that happened years ago, it’s difficult to be completely present in every moment.

It’s essential to be present in every moment when walking through snow. If not, you risk falling and injuring yourself. I have found myself living more in the now by being aware of my surroundings, and what I’m dealing with in the present instead of continuously getting lost in thoughts.

I have to actively think before maneuvering around a puddle, think about strategies to get over the mountains of snow, and holding onto railings. I take one wet boot in front of the other consciously instead of acting automatically. The blizzard has reminded me to live in the now, or risk falling.

It’s mentally tiring being in the moment, but it’s even more wasteful thinking about the past that has already happened, and is set in stone. The future can’t be controlled, similar to the weather. We can see it coming, predicting its landing, and its consequences, but there’s nothing we can do about it. It’s going to happen whether we want it to or not. It’s going to present itself eventually,
even if we’re not ready, or if we think we are.

The mayor prepared the city by working with the sanitation and transportation departments, but it still wasn’t enough. There was more snow than expected, people and cars were still out despite the travel ban. The aftermath was worse.

I want to carry my conscious thinking into the other three seasons, where there isn’t slippery snow. We should all want to live in the moment with a cause, whatever it may be. But having a purpose it makes it easier to do so. Find a purpose, a cause to live in the moment, and make it count. Perhaps later on you'll look back on today, and think about why you didn’t cherish the time you had.