3. You will probably be shot in the head with a nerf gun at least five times a week. 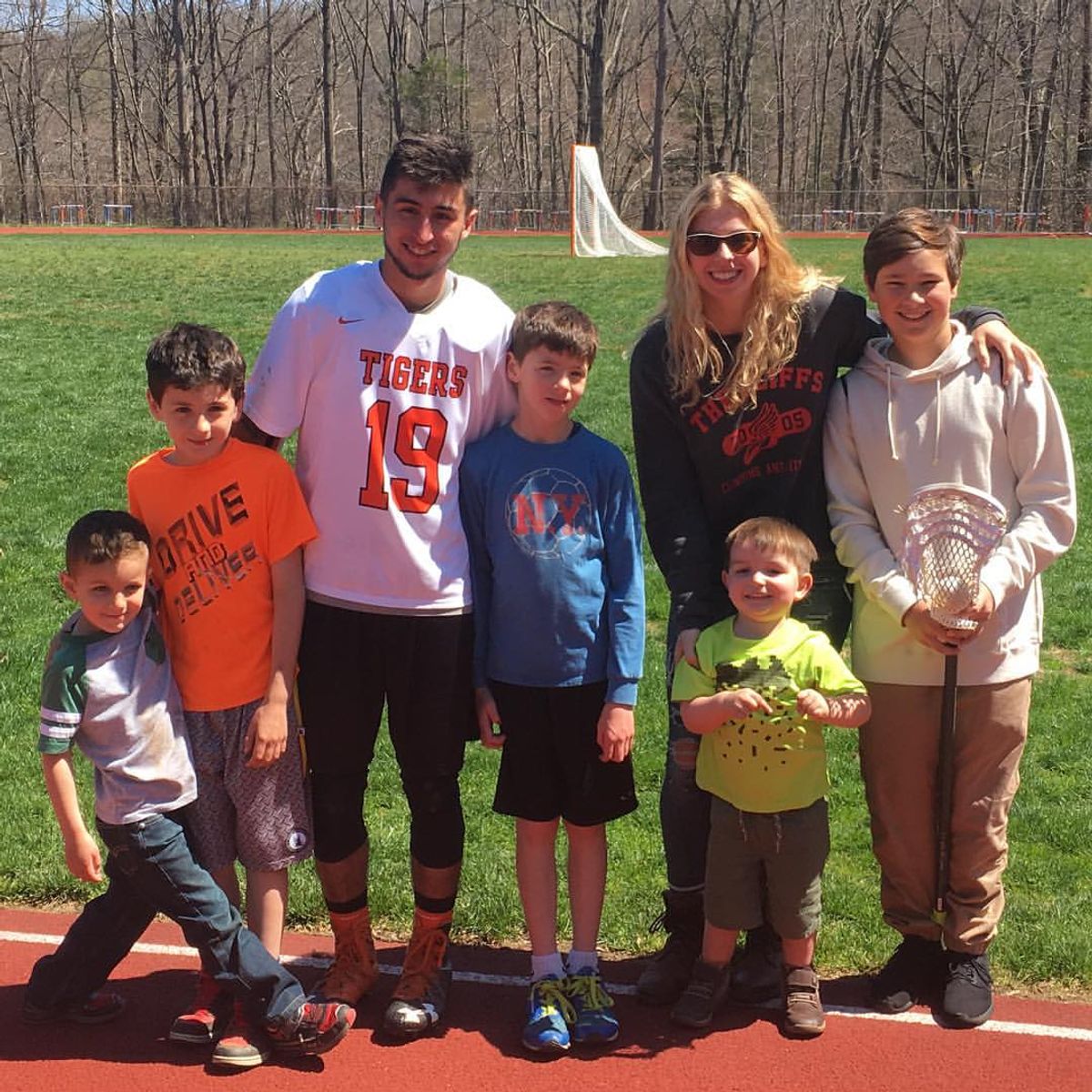 Having six younger brothers means you never know what to expect. I want to share some things that are guaranteed to happen when living around this much testosterone.

1. Your toothbrush and razor are no longer safe in the bathroom. You should probably just buy an entire caddy instead.

I’ve made this mistake rushing out of the bathroom more than once, and it isn’t pretty.

First of all, the caps will NEVER be placed back on the toothpaste. With this comes a guarantee of getting toothpaste all over your clothes and hands when you brush your teeth.

Secondly, if you left your toothbrush in there, forget about it. Throw it out because it’s either fallen on the floor or has accidentally been used by a young boy. At first, I wanted to kill them… But I realized it’s not worth trying, they’ll learn soon enough.

2. You either squat or Clorox the seat before using the bathroom.

It’s almost like they deliberately aim for the entire rim of the toilet seat. Also, the toilet paper roll is most likely not on the rod... Maybe not even in the bathroom. But it’s okay because you have enough siblings to yell for until they bring you some; isn’t that what they’re meant for?

3. You will probably be shot in the head with a nerf gun at least five times a week.

These kids have a collection of Nerf guns so large they could fill an aisle at the toy store.

One of them is called “Nerf N-Strike Mega Mastodon Blaster.” The product description on the Nerf website states, “The Nerf MEGA Mastodon blaster boasts incredible rapid-fire speeds to send MEGA Whistler darts screaming through the air from its integrated 24-dart drum.” I have woken up to rounds of darts a few times.

4. Someone will get hurt every day, it’s part of growing up.

Over the years, I’ve learned their different tones of crying and can tell if I actually need to help or just let them sort it out. Siblings fight, and when it’s boys, they are mostly physical altercations. Thankfully, I don’t have any sisters because it’s a lot easier to cool down younger boys than it is screaming girls.

The biggest thing I’ve learned: If one of them takes a fall or hard spill you don’t immediately ask if they’re okay. First, you clap and cheer, “Hey! Nice fall dude, brush it off, brush it off.”

I guess somehow not dramatizing the fall makes them feel like it’s not that big of a deal. Chances are, the scrape on their knee isn’t why they’re crying, it’s more of an innate reaction for kids to cry when they get hurt because they don’t know how else to handle it at that age. Asking if they’re okay makes them think something is actually wrong.

I really believe my oldest brother, Andrew, and I teach them a lot about how to handle themselves when they get into a fight or accidentally get hurt while playing. They’ve learned to tough everything out and that no matter what, family is first. Ending every fight and argument with a serious apology and explanation is crucial.

5. You will begin saying things a mother would say.

“Don’t run in the kitchen, go play outside.”

“How many sodas have you drank today? That’s the last one.”

“After you finish your homework, then maybe.”

“Can you take the trash down?”

“Always hold the door for the ladies.”

“I can’t carry you anymore.”

“Please don’t have friends over.”

6. You’re never bored - there’s always someone to hang out with.

Honestly, hanging out with them is really fun. It’s crazy to see how much your imagination has changed after your high school education destroyed it.

7. You get to teach them how to treat people and how to respect the ladies.

It’s super important to me that my little brothers end up driven gentlemen. I’m not their mother, so, of course, I don’t raise them or influence them entirely. But, I do have talks with them and sometimes even “pop-quiz” them when they don’t expect it. Mostly for fun, but it kind of works.

8. You’re perspective on having kids one day might change.

I’ve already changed a hundred diapers, I’ve been pissed on, gone on hour car rides with constant crying, been through the “terrible-twos,” seen how much each of them cost, helped them with math homework - which thanks to the new “common core curriculum" has made addition more complicated than building a rocket ship.

I really have never wanted kids because I’ve seen what happens behind the scenes.

Their ages range so much it’s like dealing with six stages of puberty all at once.

But, I wouldn’t trade them for the world, they’re my best friends. Definitely don’t want my own though… I have enough of them to continue the family tree; I’m fine with being the cool Aunt.

9. You get so good at ignoring sounds it’s almost like you can switch your ears off and go deaf when necessary.

I’ve had friends over who are in absolute awe of the constant noise in my house. Running, playing, yelling… You get used to blocking it out. The plus side is that I can study in a room of mass chaos now.

10. You see that not all guys are a**holes - my brothers have the biggest hearts.

All of us would do anything for each other, and that makes me feel so good.

11. You’ll probably end up with more guy friends than girlfriends.

I’ve always been more comfortable and social when hanging out with guys. I feel nervous in a room full of girls rather than a room full of dudes. If you find the right group of guy friends, you figure out how to deplete most of the drama from your life… They just don’t care about petty things as much. It’s great (I love my girls though, too).

12. You grow up surrounded by love and brotherhood.

They are my boys, my blood brothers. I would do anything for them and seeing them grow up is awesome.

Having six little bro's is one of the greatest gifts I have. I love you, boys!