Don't Use LGBT Culture And Not Stand Up For Our Rights

You Want To Use My Culture, But When My Rights Are In Danger, You Aren’t Around

I can only speak from what I've seen and experienced. 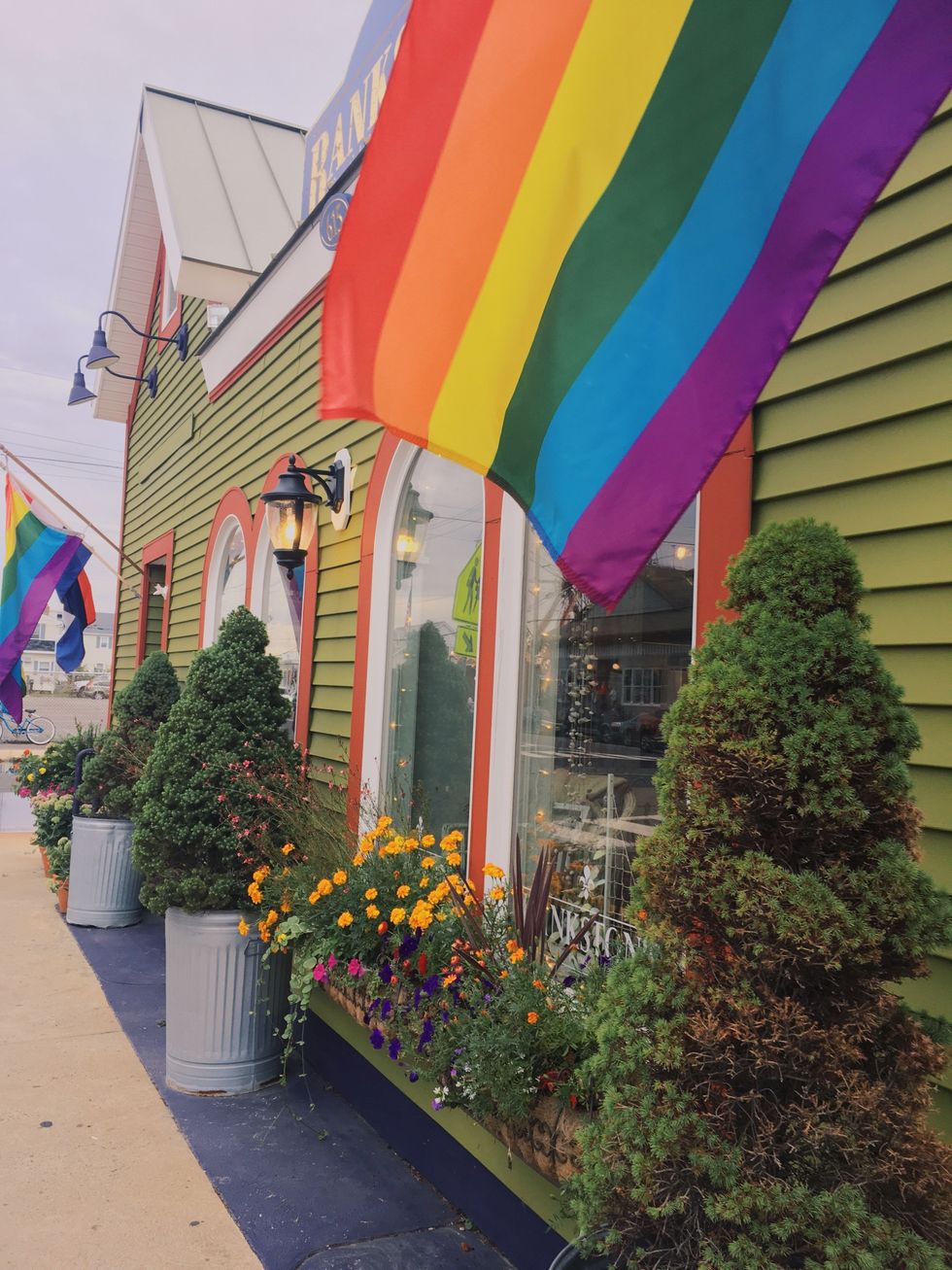 My old high school has this annual day where students are encouraged to step out of their comfort zones and avoid conforming to society for one day, like sitting with people they might not regularly sit with or talk to. We were encouraged to do this while sitting in an assembly of skits and dances to "High School Musical" by the Peer Leaders, an ambassador program for the seniors to help the freshman and stand as an example for the rest of the school.

In reality, most of the peer leaders were kids who just needed the prize of being a peer leader and didn't exactly stand with the morals of kindness and acceptance that the program was supposed to hold dear.

During my junior year, the Peer Leaders decided to switch up their yearly act and instead of doing dry choreography to "We're All In This Together" from "High School Musical," they chose to dance to Lady Gaga's "Born This Way."

"Born This Way" is known to be a gay pride anthem, and it was even Lady Gaga's intention to make the ultimate gay anthem.

To see the same kids who pushed me into a locker and hurled homophobic slurs at me dance to a song about LGBT acceptance was more than upsetting.

When I tried to have my voice heard about this matter at school the following days, I was told "I'm buggin'" or "it wasn't meant that way."

But it was. In an attempt to replicate the Glee scene, my fellow students who made me afraid to be myself for the entirety of my life were the ones dancing to the music my community celebrates.

I felt as if the school event took a part of my community's culture, completely undermined the message, and used it in a way that it should not have been used. This moment was pivotal, and I started to get defensive of what other people were trying to take from my community.

I grew tired of seeing people publicly oppose gay marriage, but post themselves watching "RuPaul's Drag Race." I was tired of seeing straight people get praised for appropriating gay culture, but express disgust for and reject the gay community.

People will have conversations with me and use the disrespectful and uncalled for "gay best friend" term. As well as use traditionally "gay" lingo like "tea," "henny," or "sis."

Please don't say "oh that's the tea, sis" and attempt to tongue pop in conversation with me.

Don't try and use my community's lingo, when you don't respect its roots.

It's far too upsetting to see people who don't stand with the LGBT community indulge in the gay culture like lip sync battles, gay bars, pride events, and lingo usage, especially when our rights are being threatened by the current administration.

I'm labeled as your "gay best friend," but we're not close enough for you to care that I won't be included in the 2020 U.S. census simply because I'm LGBT.

You "have trans friends" but have yet to stand up against Trump trying to completely define transgenders out of existence.

Please don't watch "Queer Eye" and tell me you need help redecorating your room and want a "queer eye's point of view".

It is still unfathomable how Tom Holland can be praised for doing drag on "Lip Sync Battle," which is already a show completely derived off the lip sync battles of "RuPaul's Drag Race," but drag queens or trans folk still get hate for simply being themselves.

Yes, these things are open to everyone to enjoy but remember it is a piece of who we are. So to see LGBT people get bullied, killed, etc. just for stepping outside and being themselves, while straight people are praised for "acting gay" or indulging in gay culture is oppressing.

(Note: the points made above are drawn from what I've seen and experienced, as I cannot speak on behalf of the entire LGBT community.)