A Letter To The Clowns

Why the BLEEP is this a thing?? 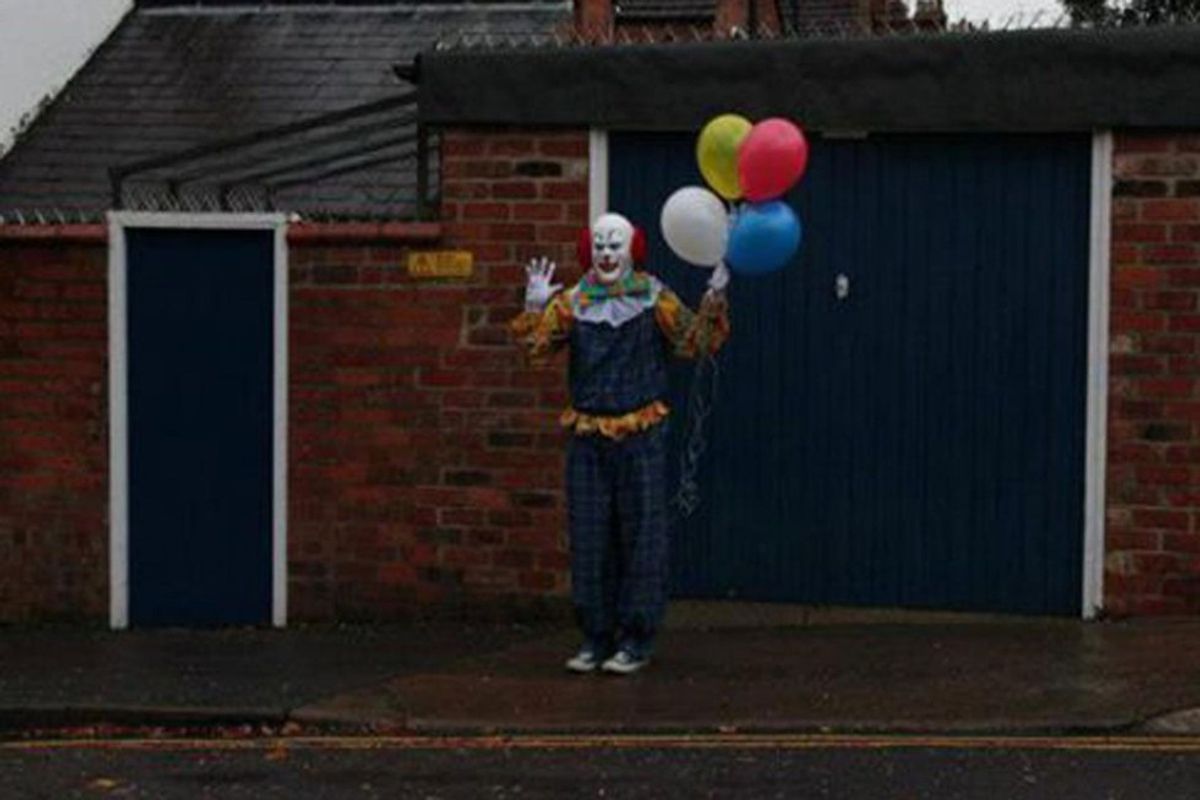 Dear ominous clowns that have been showing up all over the country,

Why does this have to be a thing? Why do you have to be a thing? Clowns were creepy enough thanks to Stephen King's "It" and people like John Wayne Gacy. But now, now that there are clusters of you popping up all over the country in the woods and on college campuses... now it's getting a little too real.

Don't get me wrong, I love Halloween just as much as the next person. There's nothing like being curled up on the couch with a classic horror movie or a novel on a crisp fall evening. Sure, you might jump at any sudden sounds or movements, but that fear passes after a little while. It passes because you tell yourself that it's not real. That it's fiction.

This, however, this march of the clowns, if you will, is not fiction. I can kind of get it if it was something that started off as a little bit of a joke. Emphasis on the "kind of" part. Yes, Halloween is right around the corner and It is getting remade. So in that sense, I can see why now would be the perfect time for freaky clowns to start appearing in random places.

But there gets to a point where it stops being funny and weird and starts being something terrifying. In fact, it's actually really freaking terrifying. In a recent interview, Stephen King said that it was time to "cool it with the clown hysteria."

Did you hear that? Even Stephen freaking King is pleading with you to knock it off. And you just know that you've got to be doing some shady crap if he's telling you to stop doing exactly the kind of creepy stuff he writes about for a living. And he's right, it really is time to cool it with the showing up unannounced in the woods, or on a college campus, or in someone's back yard.

Just last week, a few of you showed up on Roanoke's campus and for that night, I honestly felt like I was living in a horror movie. I was away from my apartment when the first sightings started happening and had to be picked up by some friends in a car because I was so freaked out. As we drove back, I saw hoards of students walking around with all sorts of weapons and flashlights. In a way, it reminded me of the angry mobs from movies like "Frankenstein" or "Phantom of the Opera." Not surprisingly, I didn't feel even a little bit better after getting back to my apartment. For the rest of the night, I refused to go anywhere without a hammer and my swiss army knife.

So clowns, whoever you are, you got what you wanted. I, like everyone else with a soul, am terrified. You won. Now please, do us all a favor a cease and desist.