My Letter To Running On Global Running Day

My Letter To Running On Global Running Day

The thing about us runners is that we lead you to believe that running is the best thing that's ever happened to us, and while that may be true, we don't feel that way every day. 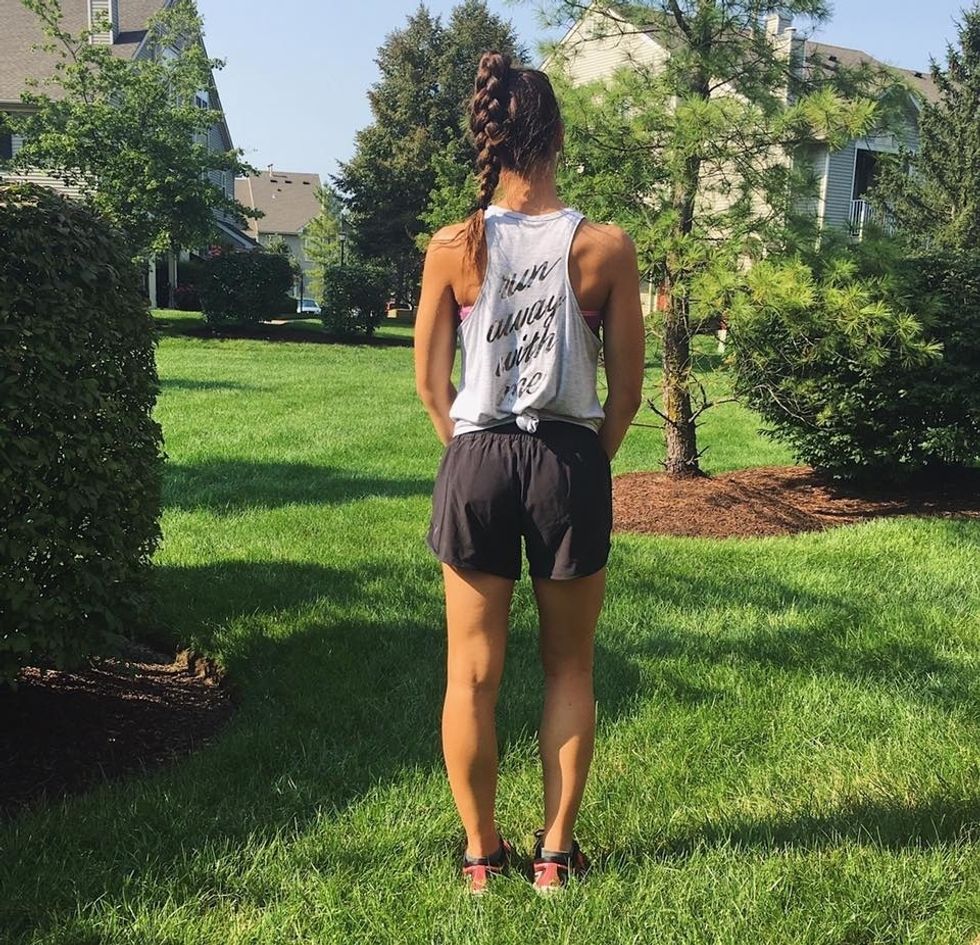 To write this letter as a thank you feels pretty cliché, so I'm going to try to find another way to put my feelings about running into words in a different way.

On the days when I couldn't even gather the words to speak, the road was my paper and my legs were my ink. I ran and ran and ran until my legs went numb, my lungs grew cold, and the sky turned from blue to shades of purple and orange.

I've run so hard, so far, so fast, that I outran my joy of running. Something that was once my source of dopamine became so incredibility toxic, both physically and mentally. I ran to the point of my body breaking down, rebelling, telling me it had enough. I had, in fact, more than enough of feeling so low, slow, and worthless.

The thing about us runners is that we lead you to believe that running is the best thing that's ever happened to us, and while that may be true, we don't feel that way every day.

I've had times where I felt running had ruined my life. I became a slave to it. I abused it. It became an unhealthy obsession, my greatest addiction. But very few people knew that. Running solved all my problems, but caused a lot of them, too.

Running allowed me to love my body so much and yet dislike it so much at the same time. I questioned why I didn't look like a runner, why I wasn't getting faster, why I felt unnourished and fatigued.

Yet, I've never felt so connected and in-tune with my body than running the marathon, the greatest distance that can teach you so much about yourself. Every marathon made me feel a little bit more proud of what my body was capable of, regardless of the times I ran or how I looked.

I persevered. I stood up to the fear and the pain, and I crossed the finish lines.

I've had Global Running Days that I couldn't celebrate with a run. Those were tough. I logged onto Instagram and watched as the running community posted about their runs that day and what running meant to them. Those are the times I appreciated running so much more than just the miles, but for the feeling of love and accomplishment.

Injury after injury, I kept coming back for more. I learned a lot of lessons from running, more than I've learned from sitting in a classroom. I learned that moderation truly is key. I learned that french fries and beer are just as healthy as kale salads and acai smoothies.

At the end of the day, I know that running isn't just running. It's about friendships, feeling alive, and embracing what you're physically and mentally capable of. It's about knowing you can do absolutely anything you set your mind to. Running is also therapeutic, and while you're stuck out on the road with all of your racing thoughts, it's very freeing.

So, now that I said all of that, there's only one thing left to say.

Running, thank you. So much. For every heartbreak, every triumph, every win, and every loss. I can never thank you enough.