A Letter To The Pitt News Columnist That Lost My Respect

A Letter To The Pitt News Columnist That Lost My Respect

A rebuttal to an article critical of Odyssey. 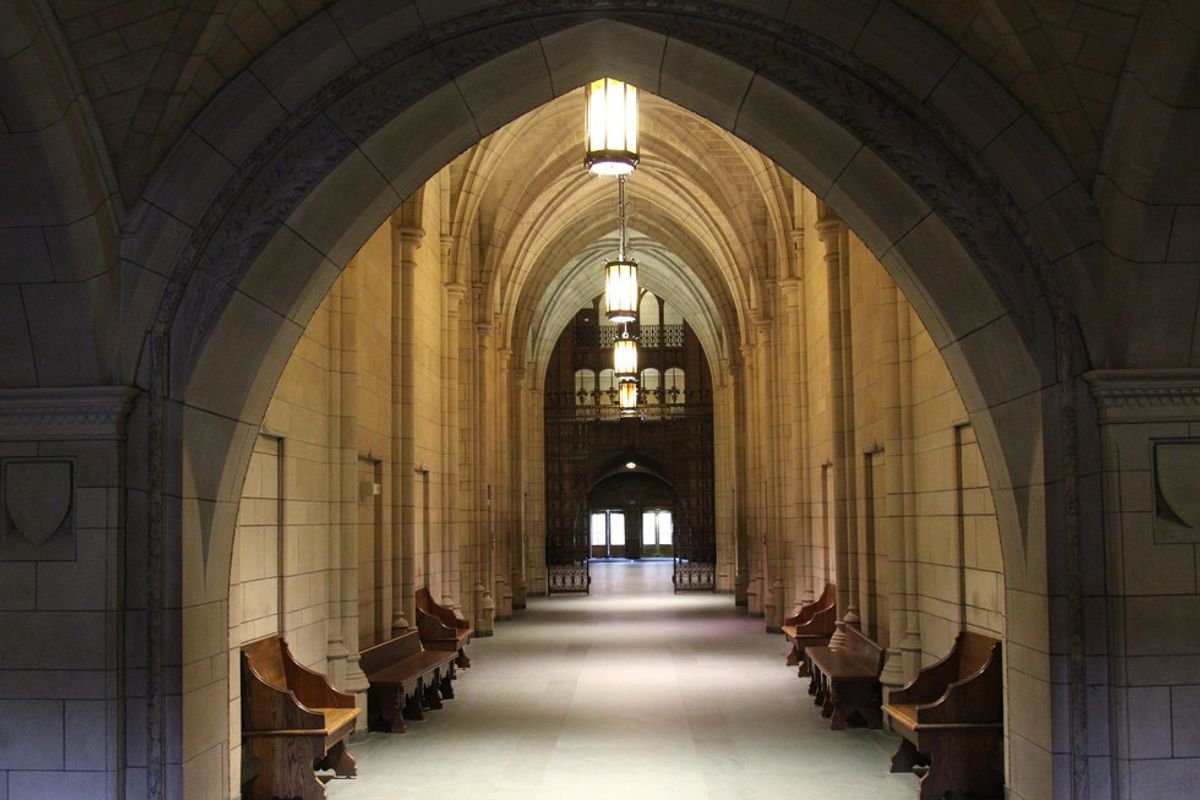 Throughout the (going on) three years I’ve been at Pitt, I’ve religiously read The Pitt News. Thanks to your column in the “Opinions” section, I have stopped reading. And no, I’m never going to agree with everyone’s opinion, but yours has seriously offended me. You can tell your Editor that thanks to you, she has lost numerous readers, including myself. Your disrespect for fellow writers has caused an uproar in the Odyssey community.

Your article is titled “The Odyssey dilutes journalism” and without even opening the piece, I had already thought of what I was going to say to you. Here’s what I came up with first: you are a disgrace to writers everywhere. You disrespect your fellow Pitt students and the writing community as a whole by attempting to argue that the Odyssey is not journalism and not view-worthy. We put just as much thought into our pieces as you did this one; the only difference is that people agree with us and know who we are in a positive way. People that know you are Odyssey Creators that are furious with you.

You start by attempting to explain what we as Odyssey Creators are, “[…] an online blog-style platform where about 14,000 college-aged writers publish stories and get paid based on the number of shares they get on social media […]”. This is where you’re already wrong. Yes, we are all college-aged writers, but no, we are not paid based off shares on social media. We are rewarded for our pieces’ popularity. Two weeks ago, I was rewarded for my pieces’ popularity, and I was not paid. Just the title of “Most Shared Article of the Week” is an honor. The $20 anyone could get is rarely on our minds. We write to get our voices heard, to have the possibility of having our names be known, and most of all: for fun.

You mention that we are not capable of writing “newsworthy subjects,” and I couldn’t disagree more. One of my fellow Creators is so interested in writing about things that college students often skip over, every week she writes something new that I would have missed if she hadn’t written about it. Here’s a thought: if you decided that this piece was a good idea, maybe you should have done your research. Rather than reading the cliché pieces Odyssey Creators have published, you should have looked further and found the news pieces we’ve written as well.

Even we cringe when we read overly cliché pieces, but sometimes it’s good to get it out. If you’re anywhere near being a good writer, you know that getting your mind clear before writing a serious piece is crucial. You mention that “just because someone wants to write, doesn’t mean he or she has the chops to do it.” And I almost agree with you, not everyone is meant to write. What I have an issue with is that you assume we as Creators don’t “have the chops” to be a Creator. We all fill out applications, go through phone interviews, and have pieces sent in to the Editor-in-Chief, just as you did to apply for The Pitt News. We are just as qualified to be writers as you are. We might not write for The Pitt News, but at least we don’t bash other writers for their work.

What you finished your opinions piece with made me want to jump through my computer screaming. You say, “And if you’re an Odyssey creator, try channeling your creative urges to a more reputable news site — your readers, and your resumé, will thank you.” And you know what’s so sad here? You’re just like me. You’re a college student that’s trying to make it in the writing world and make a name for yourself – just like me. You put us Odyssey Creators off as less creative and less reputable than you are just because we don’t write for The Pitt News. I’ve always based my respect for someone off the idea that everyone deserves it until they prove to me they don’t; very similar to the “innocent until proven guilty” ideal. Every writer deserves to be respected, because we’re all working our asses off to be better, be more creative, and be more reputable. You, however, have officially proved to me that I cannot respect you, only because you decided to put us off as less-than-worthy writers. But, hey, at least we write about real things each week, rather than putting down other writers as a “creative” and “reputable” topic.

So, to finalize my petty and angry thoughts into one final summation: thank you. Thank you, Emily, for showing me that not everyone has the capacity to respect others similar to them. Thank you for allowing me to embrace worthless opinions. And thank you, for proving to me that losing respect can sometimes be a good thing.