A Letter from an Egyptian-American Girl
Odyssey

A Letter from an Egyptian-American Girl

"'Do you speak hieroglyphics?'" 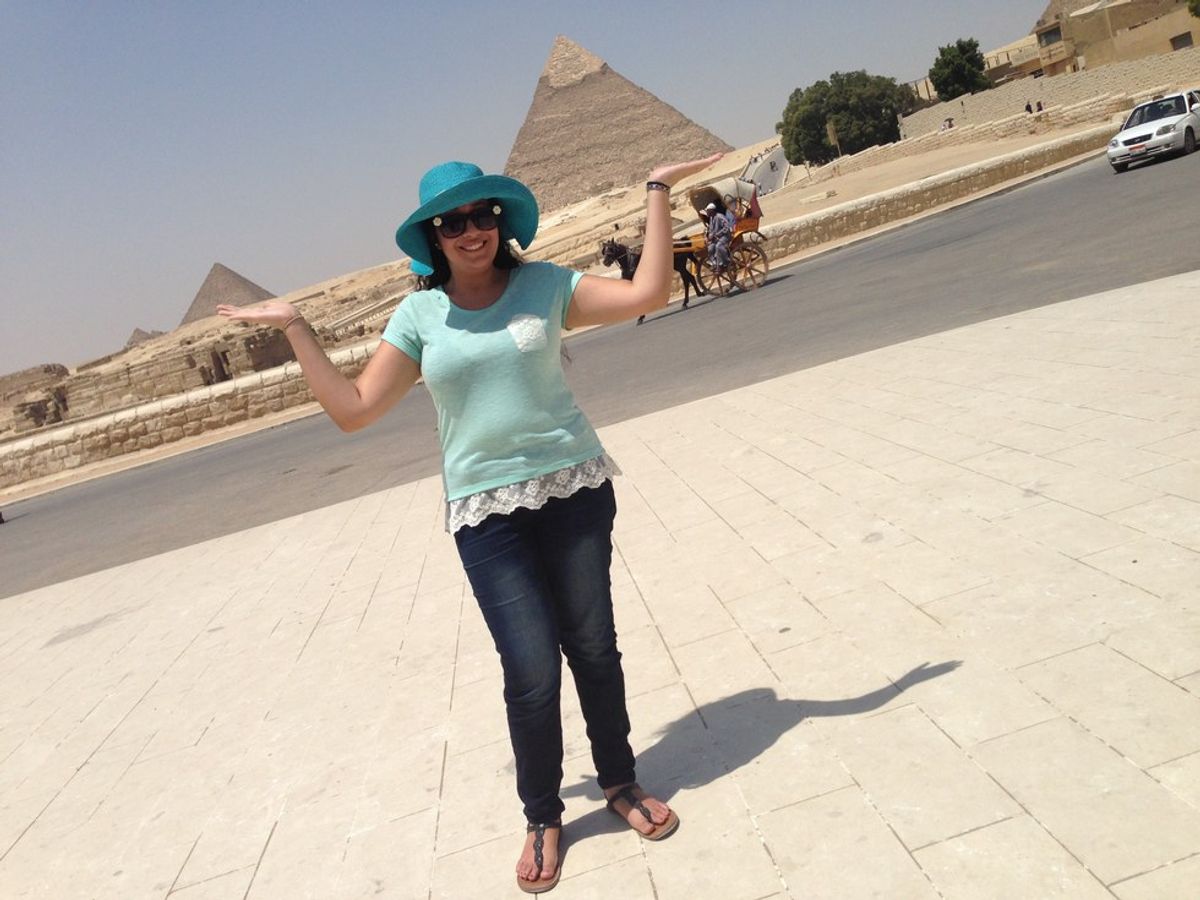 I think it’s safe to assume that most people who know me also know that I hail from the land of the sphinx and the ancient (and very much long dead) pharaohs. To those who aren’t aware, I’m Egyptian! My family and I immigrated to the states in 2002, when I was five years old. There. Now that that’s cleared up, we can move on.

Now, I realize that many of you out there don’t quite know what this implies, and yet others of you have already made assumptions about me knowing nothing else. Many of you reading this are my fellow Egyptians (sharaftoona, and enjoy relating to this). Allow me to begin with an anecdote.

When I was in seventh grade, I was asked a very interesting question. A boy in my grade walked up to me out of the blue and asked, “Hey, you’re from Egypt, right? Can you speak hieroglyphics??” Even seventh-grade me was surprised that so many things could be wrong with one statement and thus I was disappointed to say the least. From that day forward I think I learned not to assume that people would be knowledgeable about my heritage without further explanations.

[If you don’t understand why, I believe you should familiarize yourself with what hieroglyphics were as well as the time in which the Egyptian empire existed. Please.]

This being said, I will make no such assumptions here, but rather, I’ll start basic.

No, I do not know hieroglyphics, since they were put out of use around 391 AD, and they are a written language. We speak Arabic in the most casual dialect in existence. We invented it, actually.

No, I did not live in a tent. I lived on the 15th floor of an apartment complex.

No, I did not ride a camel to school. I rode with my dad (on his motorcycle, which was AWESOME).

No, none of my relatives have been mummified and neither will I (although it is pretty cool to think about).

No, I’m not Muslim. I’m a Coptic Orthodox Christian. My religion originated in Egypt and has been unchanged throughout all of history from the very beginning of Christianity (hence the term orthodox. Look it up, we’re pretty cool).

I know that some of the above are a little outrageous, but in modern society, there is very little emphasis on stamping out cultural ignorance by educating oneself in the heritage and customs of other peoples. Having experienced the direct results of this, I try my best to be informed about other cultures (but even so, I’m still working on this). Even if you don’t know much, try to push away stereotypes and myths and ask the person to tell you about their heritage, as opposed to telling them what they should be telling you or what you wish to hear. It’s amazing how much diversity exists in our country, and personally I find it foolish not to take advantage of it in order to better our understanding of each other as a collective human race, and thus build a brighter future together.