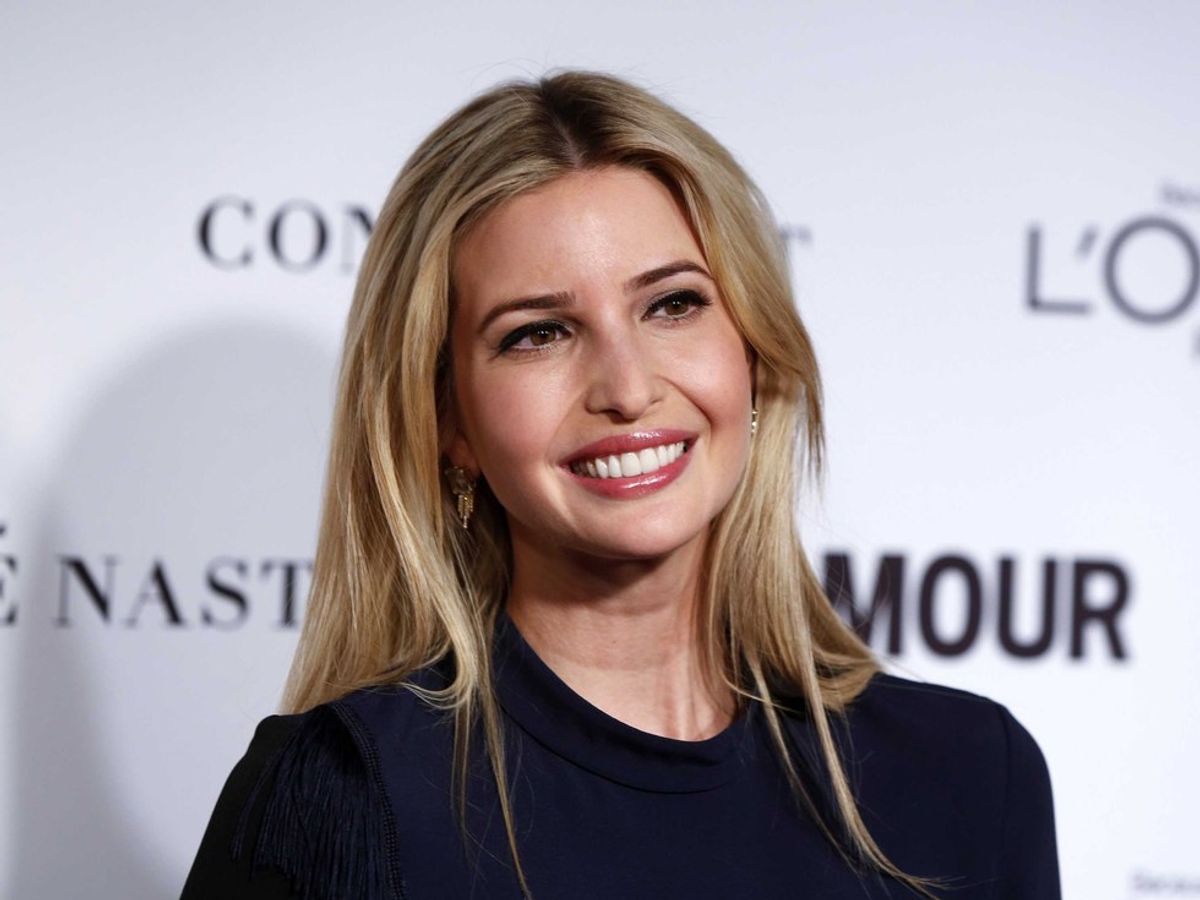 Like many people with a working brain, I detest Donald Trump. However, he doesn't terrify me nearly as much as his daughter Ivanka.

It's common knowledge that Trump is not intelligent. He used the word "bigly" in presidental debates, he acts like a five year old, and he admitted to his supporters that his campaign was based on lies. However, people are more divided over his daughter. Some people seem to see her as a pawn in Trump's game, others as a more sensible figure who supported her father for presidency while having more moral policies.

Here's the bitter truth: Ivanka Trump knew exactly what platform her father was running on. She knew how anti-feminist he was and how much he was against abortions. She heard every racist comment he made, she saw the same video insulting women that we did, and she knew that he called breastfeeding disgusting. She also knew how much power she'd get if he entered the White House, and she supported his campaign anyway.

In the end, it doesn't matter whether or not Ivanka actually believes in Trump's views. She still supported him, and that makes her just as bad as her father--and even worse if she truly believes something different and compromised her own ideas.

However, I don't believe she is different. I think Ivanka Trump is just as racist and anti-feminist as her father (the only woman she supports is herself). Society, however, gives her a pass because she's a pretty blonde.

Society has a bad habit of seeing pretty blonde women and not believing that they're actually racist. They see them as innocent, beautiful beings who have been 'brainwashed' and can be converted back to the 'good side'. One doesn't have to look further than Tomi Lahren, the Republican who appeared on "The Daily Show" and who is as racist as they come. Instead of shunning her, Trevor Noah went out to drinks with her. DRINKS?!?!?! I have a feeling that you can't solve racism over a couple cocktails.

This isn't exactly new. If anyone's seen the musical "Chicago" they know that during the 1920s, attractive white women who killed their husbands were given a pass. Imagine for a second how much black women who committed the same actions would have been prosecuted and villianized. However, pretty white girls seem to be able to get away with everything from racism to murder.

We need to stop ignoring the truth. White women like Ivanka Trump aren't being brainwashed or manipulated--they know exactly what they're doing. Instead of viewing them as people who can be changed and who are in a 'bad situation', it's time we stop feeling sorry for them and stop taking them out to drinks and instead condemn them for their racist views that are causing real problems for so many people in this country.