Let's Hear It For the Boys

Let's Hear It For the Boys

Guys need appreciation too, and we have them conditioned to the point that it's hard to accept it. 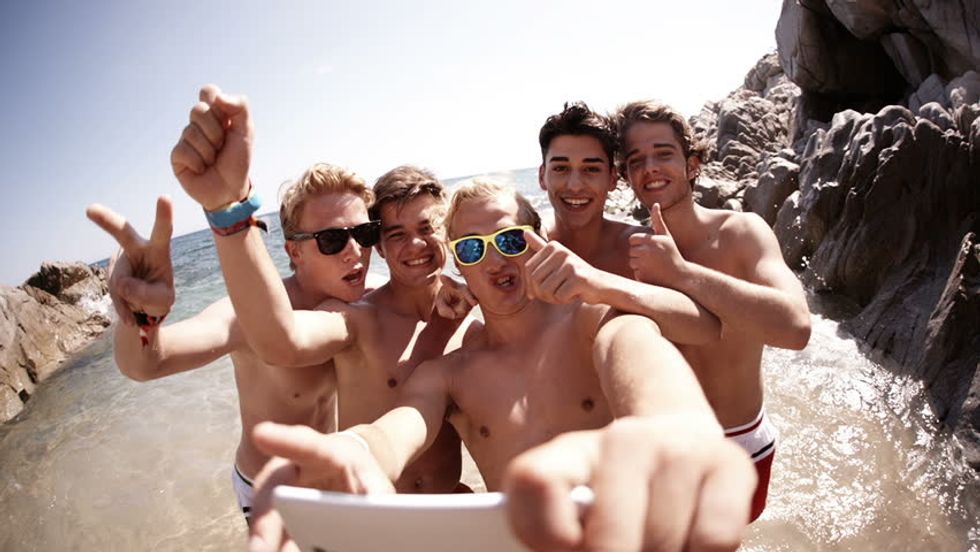 The past few months I have noticed a very sad trend. Many of my friends are guys, and I have a habit of saying thank you, giving compliments, and expressing general appreciation for the guys in my life for things that are unique to them. However, I found something out. Guys aren't getting compliments, so when they receive them they either get uncomfortable or they think they are being flirted with and get a mixed signal. When guys are genuinely complimented, they remember it for months. I had someone tell me he still remembered a compliment he got in fifth grade because no one other than his mom would compliment him.

I then think of the relationships many girls have with each other. A close knit group of girls comfortably give hugs, thank each other, say "I love you" platonically, compliment appearance and dress, and acknowledge good personality traits. Then, if I try to do the same to my guy friends, I'm met with embarrassment, denial, and discomfort. That is really disheartening.

There seems to be a trend in society, particularly one that places an emphasis on empowering women. It is good that women are respected, empowered, and made to feel confident and simply good. But we can't neglect the men in society as we do this. Whether it's our guy friends, or a stranger, we need to compliment the guys. It doesn't matter if it is telling them we like their shirt, their hair looks nice, or their eyes are pretty, guys need to hear these things too. We need to treat them the way we'd want to be, which is with genuine appreciation.

We need to acknowledge the fact that guys have insecurities too. They have fears, things they like about themselves, and things they don't. Sometimes they need to be seen and acknowledged. They definitely need to know the good things they do and know that isn't taken for granted or unnoticed. When I have seen one of my male friends grow in a certain area, or I see them with something they are passionate about, I work to encourage it.

There is this attitude of belittling men, and the issues they have, rather than support the good about them, and frankly it puts them down. We need to build them up. We need to remember how it feels to receive a compliment when we've put effort into something. When you see a guy react to that, it's really encouraging and sweet. We need to remember how it feels to have someone boost us when we are down, and do the same for guys. They have emotional needs, and we have made this taboo.

Why? Vulnerability is not the same as weakness. Genuineness is not inappropriate. Compliments should not be used for flirting alone and hugs and appreciation should be given freely. I get to see some of my best friends, and my boyfriend, walk taller and prouder because they had just one or two people express appreciation for them or something they did. It seems so revolutionary, but I think we need to normalize supporting the boys, guys, men in our lives. If we all empower one another, we better build teams and increase understanding and connection between each other.

I issue a challenge: once a day, twice a day, all the time, find something positive to say to a guy. Then watch their reaction. Watch them smile, or straighten, or (the forbidden mention) blush. Watch the positivity spread, and tell me it's not worth it. Be kind, and you will see such a difference begin in our relationships and on our campus.