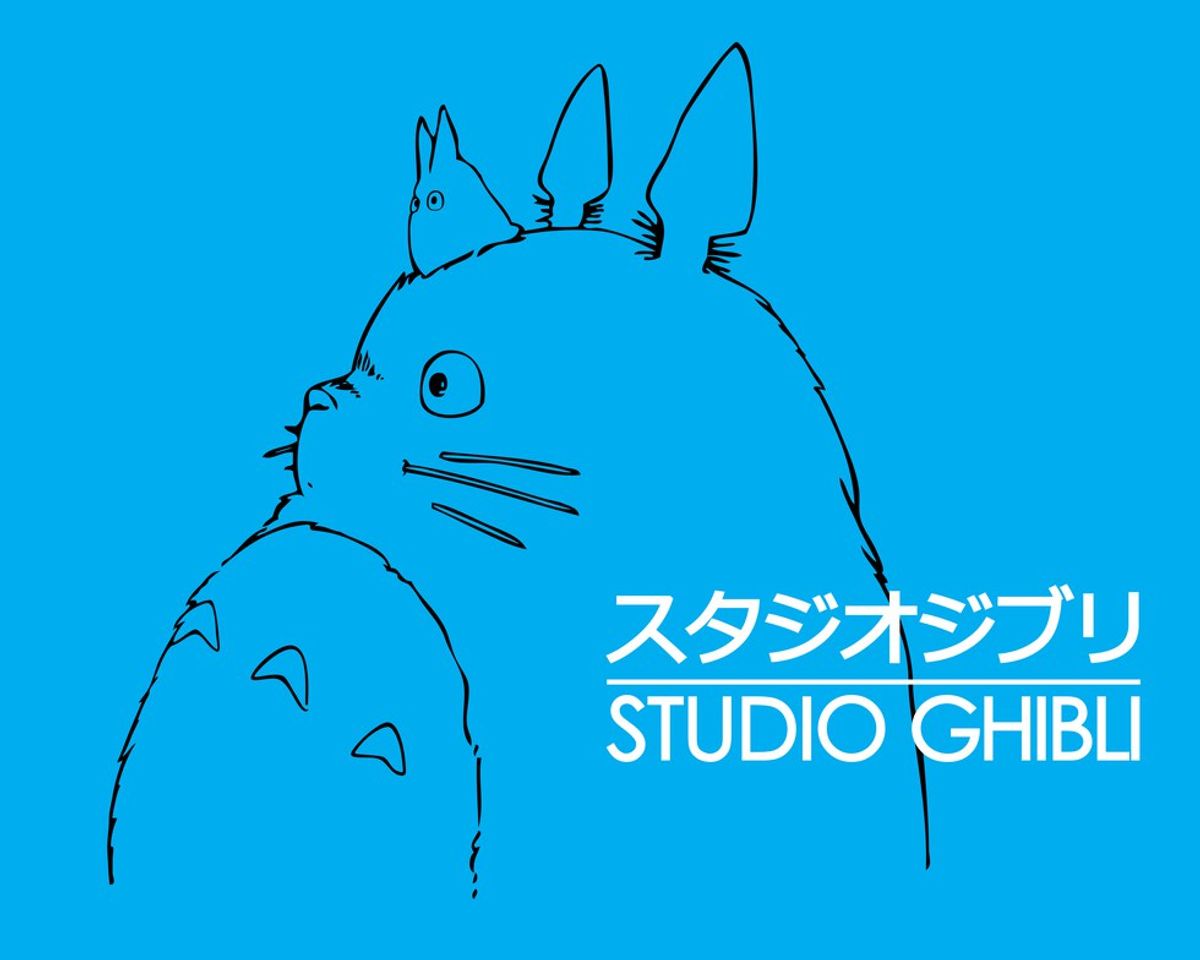 From the breathtaking magic of Spirited Away to the light-hearted nature of My Neighbor Totoro, Studio Ghibli is renowned for its beautiful, artistic films. Its directors are also well known, especially Hayao Miyazaki and Isao Takahata. Each film carries its own message and the audience can easily relate to each of the characters in their own way. Growing up with Studio Ghibli, I am happy to say that I have learned a lot about art, music, and life itself in general. Here are some of the essential life lessons I have learned by delving into the many worlds Studio Ghibli has released into our own.

Keep believing in yourself.

While this theme may seem cliched, the way the films reveal this theme is not. Many of the characters in the films recognize that this is not the easiest thing to do, just like some of us. They struggle to find themselves. But the way they slowly grow to trust themselves and re-establish their purpose truly reveals the importance of knowing that we can do anything as long as we believe in ourselves.

For example, Kiki, from Kiki’s Delivery Service, starts to doubt herself and her life purpose, thereby losing her power to fly as a witch. While she is ready to give up, support from her friends and her own willpower to not succumb to her hardships lead her to slowly start believing in herself again, thereby leading her to slowly regain her powers as well.

In The Borrower Arrietty, Arrietty teaches her human friend Sho that he must believe in himself and continue to keep living despite him having heart problems and eventually needing surgery to correct it. She shows him how life is filled with the unexpected and if he doesn’t continue to believe in himself, he will never be able to know what life holds in store.

You don’t need anyone to save you. You can save yourself.

This goes hand in hand with the first lesson. Nearly all of the leading female characters, who are sometimes the main characters in the entire movie, achieve their goals by themselves with some degree of help from others. They get themselves out of tough situations as well as others. Some examples would be….

Sophie from Howl’s Moving Castle (who, despite being cursed into an old lady by a witch, manages to stand up to the king’s magic advisor, breaks a wizard’s curse and breaks her own curse by accepting who she is)

Mononoke (San) from Princess Mononoke (who, with the help of Ashitaka, an exiled prince, is able to restore balance to the natural, spiritual and human worlds).

No matter where you go or who you are with, family is your top priority. They are worth fighting for and sticking with up until the end. Seita and Setsuko from Grave of the Fireflies and Satsuki and Mei from My Neighbor Totoro all stand by together when they are faced with a life crisis. When their parents are killed in the warfare caused during World War II, the siblings Seita and Setsuko desperately fight for their lives and try their best to create a decent living. As a warning, this film will certainly leave you in tears and will definitely convey the message of what it means to be a family as well as the value of life and living. On the other hand, on a lighter note, are the siblings Satsuki and Mei. When Mei finds the forest spirit Totoro, she shares her adventures with him with her older sister. While they do have their typical sibling fights, in the end, they reveal that they truly care for one another and they cannot imagine themselves without the other.

Not being afraid of facing the unknown means growing as an individual.

In essence, it is okay to feel out of place from your comfort zone. By stepping out of your comfort zone, you learn about new ideas, go to new places and can meet new people. Sure, it may be highly intimidating at first, but once you accept this life challenge, you will discover more than you expected to.

Chihiro from Spirited Away is one of the characters who realizes this. She is reluctant to move to a new place with her parents but when a short stop at the side of the road goes wrong, Chihiro finds herself not only in a new place but in a new world entirely. By accepting her position and ready to face whatever challenges she must solve in order to get home, Chihiro is able to make new friends and learn the meaning behind the saying “life is an adventure.”

The worlds produced by the artists and directors of Studio Ghibli will always be an adventure filled with magic and lessons, no matter how many times you have visited them. Go and explore! You'll never know what you will take away from these artistically crafted works.