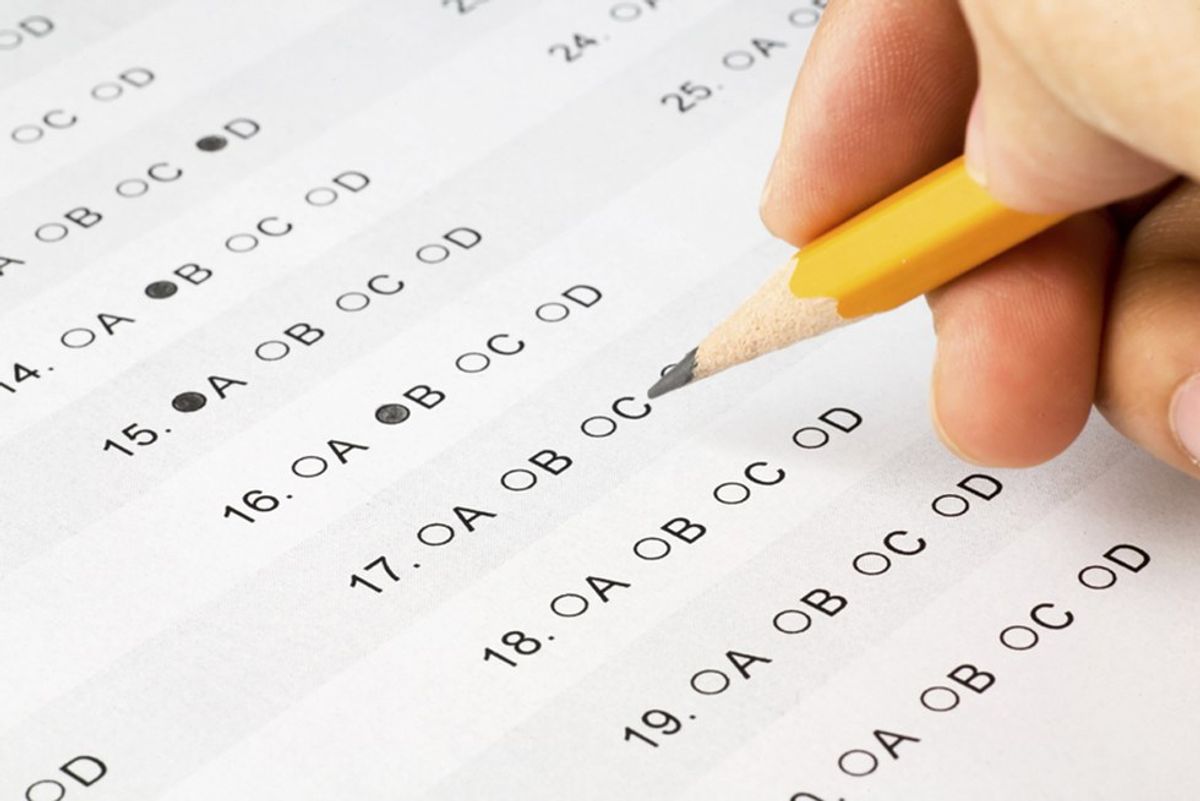 b. One test can determine the ability of all students.

c. Teacher evaluations based on their students’ test scores are an accurate representation of the effectiveness of their teaching.

d. None of the above.

Answer: d. None of the above. And the Obama Administration is finally catching on.

Recently, the Obama Administration announced that the push on standardized testing in schools has gone too far - something students, parents, and educators realized well before now. Recently, a survey from the Council of the Great City Schools found that students in big city schools on average will take 112 standardized tests from kindergarten through senior year of high school. In the past, the Administration has pressed for more testing in an effort to lessen the gap between America and other countries which have become more advanced academically. In theory, holding students to higher testing standards encourages higher academic performance. Instead, it has hindered students’ learning as teachers were forced to redesign curriculums to teach for the purpose of scoring well instead of teaching to learn the material.

In its new stance on standardized testing, the Obama Administration calls for less than two percent of class time to be spent on testing. This comes in response to reports of high stress levels from educators and students. The Obama Administration accepts its share of the responsibility for the increased push on standardized testing, building off the momentum left by the Bush Administration and the resulting negative effects. The Administration also admits that partially evaluating teacher performance on test scores has done more harm than good for the students’ learning and the effectiveness of the school system.

Although students are relieved to see a break in testing on the horizon, some are arguing that this change is too drastic. Teachers have recently redesigned their curriculum to adjust for newly implemented standardized tests, and this complete turnaround may be too much, too soon. Additionally, limitations on testing may just tangle schools and educators in more federal rules and regulations. The two percent limitation on standardized testing suggested by the Administration begs the question, what counts as a standardized test? New laws enforcing this two percent rule could just further complicate testing in schools.

Though there are complications and challenges associated with changing the way schools test students, the continuation of this new mindset of reduced testing will be beneficial to students and teachers in the long run. The increased focus on standardized testing in the recent years has forced teachers to instruct towards the test, as the students and teachers were evaluated by their test scores. This has shifted the focus away from actual knowledge and towards grades and test scores. The original goal was to make America academically competitive with other countries, but increased testing has caused the opposite to be true. In order to regain our academic edge, we have to rid students of the idea that test scores are most important, and put the focus back on actually learning.
Report this Content
This article has not been reviewed by Odyssey HQ and solely reflects the ideas and opinions of the creator.

Nicole Marie Nigro
Individual Creator
9795
c1.staticflickr.com
Where to start...... Let me start with the cliche that life throws us curveballs and what we do with it is what counts.