Why I Left The Faith I Grew Up In
Odyssey
CurrentlySwoonLifestyleHealth & WellnessStudent LifeContent InspirationEntertainmentPolitics and ActivismSportsAdulting
About usAdvertiseTermsPrivacyDMCAContact us
® 2023 ODYSSEY
Welcome back
Sign in to comment to your favorite stories, participate in your community and interact with your friends
or
LOG IN WITH FACEBOOK
No account? Create one
Start writing a post
Lifestyle

Why I Left The Faith I Grew Up In

How leaving my faith and reevaluating my life saved it. 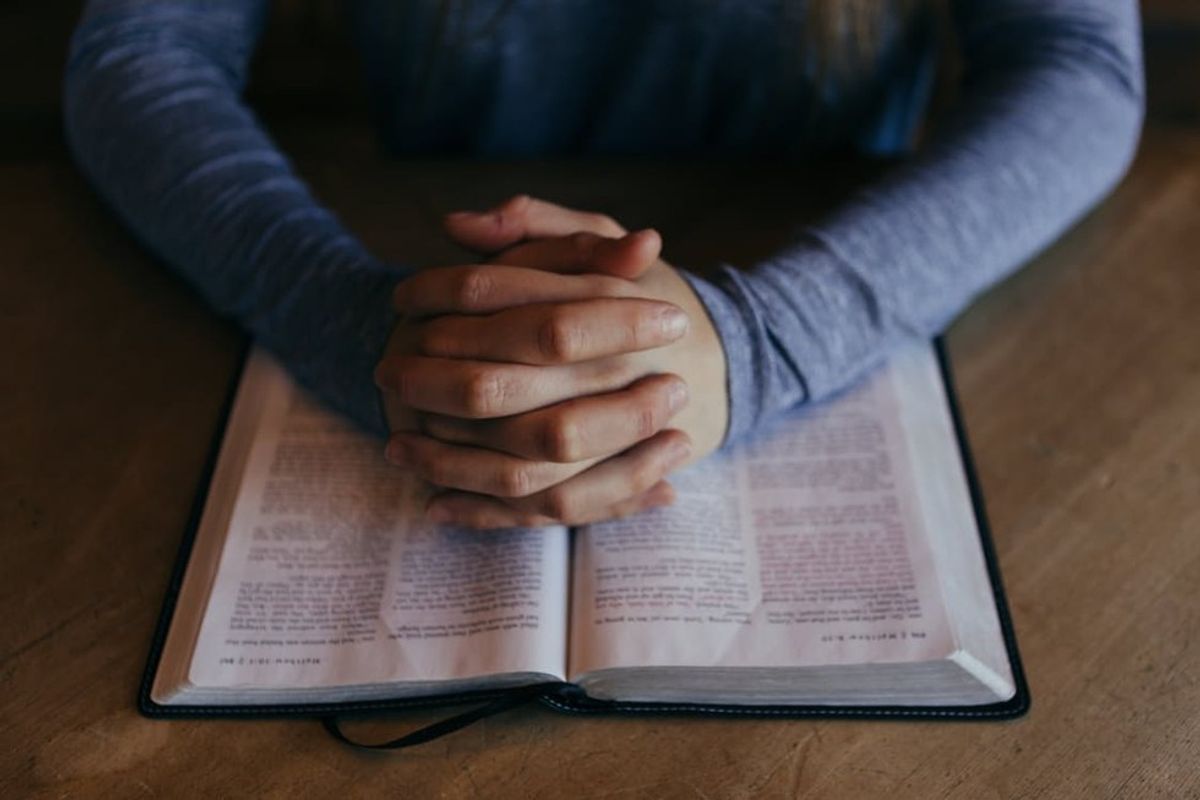 Like most of my peers in school, I grew up in a religious household. My mother was a devout catholic, and my father, a seemingly unreligious man who would upon occasion accompany us to mass- typically on Christmas Eve. I went to a Catholic school until about third grade, and continued my studies about my faith through weekly religious education classes. In middle and high school I was actively involved in my church's youth group. I even taught a Sunday class for a year. My first year of college, I went to one of the most presitigous Catholic universities in the nation, Franciscan University Of Steubenville. I'm no longer a religious person, and the burning question I keep being asked, is why?

There is no easy, black and white answer to this question. People keep expecting me to defend my choice, like somehow, I am a lesser person now. From the bottom of my heart, I would like to say that being religious is not equivalent to being a good person. You can be a moralistic, ethical person without religion. That being said, here's the most common questions I get asked.

1. "Don't you get lonely without church?"

The first time I was asked this, I was thrown off. I wasn't really sure how to respond. In a lot of Church communities, especially for the youth, the social aspect is heavily influenced. I was encouraged as a child to join the youth group, go to camps, attend weekend retreats, and make friends with the other children at my church. This continued into high school. When I came home from college, and no longer attended Mass, or any church functions, I wasn't lonely because the people I cared about made an effort to continue their friendship with me. What really struck me about this question, was that I realized at some point, my church experiences had become less religious and more social. So, in short: no, I am not lonely. People who want to maintain a relationship with you will find a way to do so.

I think doubt is a normal part of everyones faith, no matter what it is you believe in. For me personally, it wasn't a matter of slowly stopping my belief, it was a matter of wondering if I'd ever believed it at all, and why. I think I had simply gone along with what I'd been taught my entire life, never stopping to question it. I began questioning it all at once, and I realized that my faith life had begun to do the opposite of its intentions. I was unhappy, angry, and hurt. I'd stopped believing the words I said every week, and simply starting reciting them. I needed to change something, that had become obvious. It's unbelievable at times the amount that I've changed, for the better. I stopped going because it wasn't what I needed.

I did. "Spiritual depression", which occurs when your actions don't match your beliefs, was something I'd been dealing with long before I left my church. Something that I believed was highly immoral and down right unforgivable at times happened to me when I was still in high school. It was something I couldn't control, and couldn't stop, but back then I thought that somehow, I had caused it. I felt my faith start slipping through my fingers then, and every time I'd try to catch it, and hold tightly to it, I'd end up picking myself apart. Beating myself up over things I couldn't control, again and again, it became a never ending cycle. Upon leaving, I quickly realized I had to have a new "moral code" to hold myself accountable to. It didn't differ that drastically from the one I'd always had. I do my best to love others, even when it's difficult, I do my best to be understanding, to always be thankful, and to always keep the mindset that everyone deserves to be treated kindly, lovingly, and in a dignified manner.

I have been asked this question more times than I can count. I understand that it is normally out of love, or concern for my spiritual well being. However, it always feels a little hostile, and increasingly demanding.

I don't want to return to something that I don't think is beneficial to my body, mind, and spirit. I'm happy with where I'm at spiritually, with being thankful, and living my life with sole intention of spreading love where ever, and how ever I can. There was so much pain and guilt and resentment in my heart back then. Anger over what happened, over how it was handled. Guilt for not being stronger, for not finding a way to let it go. Resentment towards the people I'd trusted to tell within my church, though very few. At a certain point, I think I had begun to value their words over scripture.

I don't want my mind to be changed. I'm happy.

5. "You had a bad experience, but not all Christians are like that!"

I don't believe in blanket statements about any group of people. You're always going to experience the bell curve, people on both extremes. Some of the most influential and inspiring people in my life are whole hearted believers, and I have nothing but admiration for them.

I know a couple of bad experiences don't define a persons faith for life, however, the experiences I had, the words said, the pain and shame it brought, weren't something I could just ignore. The more and more I reevaluated my own personal beliefs, the more it sank in that they really didn't line up with the one's I'd always been taught. My religion wasn't leading me to the same truth and love and wholeness that it was leading others to. At first, I thought something must be wrong with me. I know now that I was expecting everyone in the world to operate the same way, for everyone to need the same things, but that isn't true. It was never true.

I could go on and on, trying to explain myself, but I don't think its necessary. The most important thing I have learned throughout this entire experience is that just because your'e supposed to enjoy something, that it's the only thing that can heal you, that it's only solace you should seek, doesn't mean it's true. Spirituality, religion, love: none of these things are one size fits all. Not everyone's spiritual needs are met the same way, for example, mine were never met within the walls of my church, they were met and satisfied when I took a step back, refocused, and made it an active goal to chose love over hate. Lots of people are able to make this decision at church- and I cannot express to you how much I admire those that do. I am constantly blown away by the beautiful way some people are able to express and live out the faith's they have chosen. I am constantly dumb founded by the way some people never waver in what they believe in. I am constantly learning, every hour, of every day, what it really means to love people.

Leaving my church, and the faith that I had grown up so entangled in, was difficult. It was hard on not only me, but my family and friends who could not understand how or why I was doing this. All I know is that religion isn't one size fits all, and being religious certainly doesn't make you a better person than anyone else, the same way lacking religion doesn't make you a worse person than anyone else. Everyone is different. Once I was able to view the world in way different than the one I was so used to, I was able to let so much go. I was able to forgive, to heal, to breathe. I was able to improve my spirituality, and had a newfound appreciation for my life.

QueenRadhi
The State University of New York at Stony Brook
2416