What Can Be Learned From Stephen King On Finding Inspiration
Odyssey

What Can Be Learned From Stephen King On Finding Inspiration 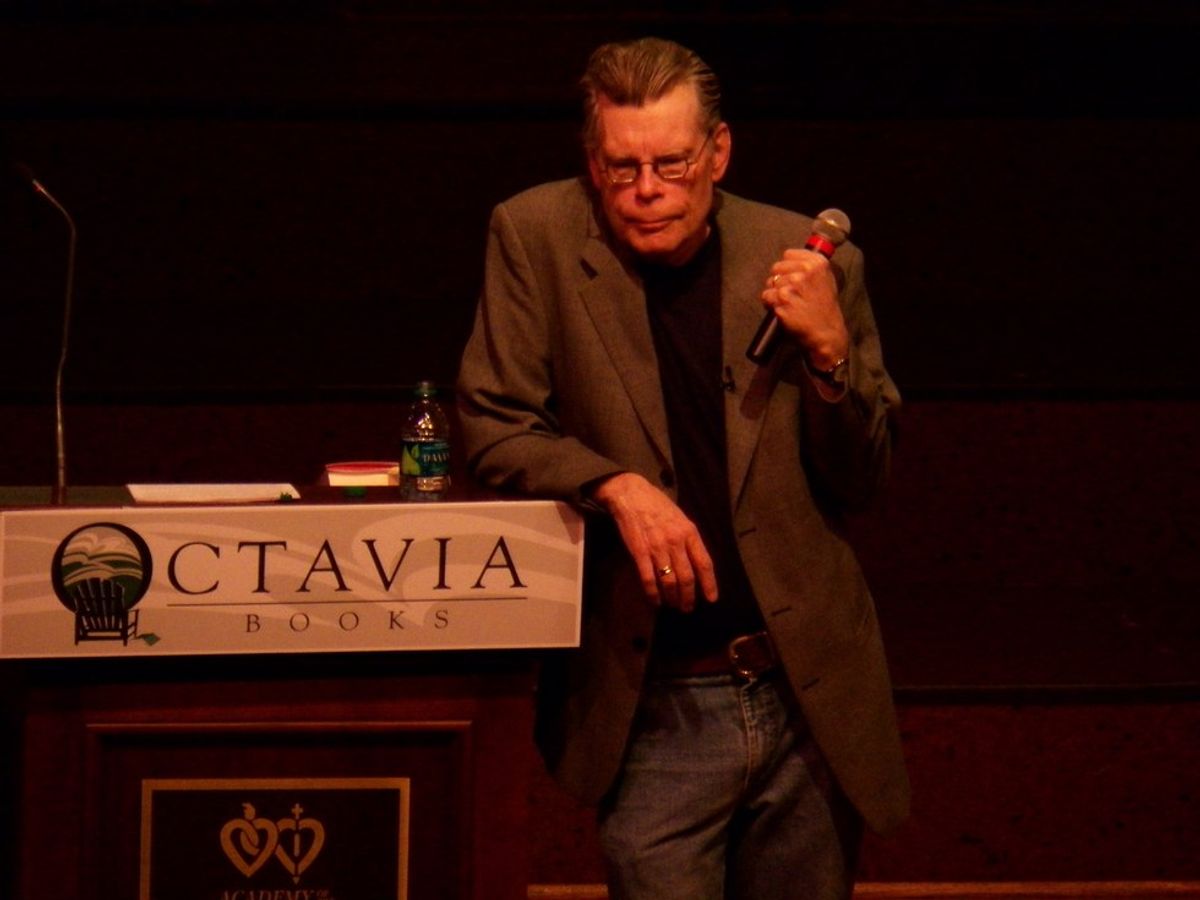 When one reads a novel by Stephen King or watches one of the many film, television or stage adaptations of his works, they may wonder how he manages to think of his vivid and interesting stories. At first, it might seem that these ideas must come out of some otherworldly portal that Stephen King keeps in a shoe box in his closet. However, in reality, many of Stephen King's stories come from the much more realistic place, real life experience (that shoe box thing would be cool though). When considering how he comes up with his ideas, Stephen King seems to be the perfect example of how fiction writers find inspiration in their lives.

"Thinner," a 1984 novel written by Stephen King (under the pseudonym Richard Bachman) is about an obese man who, after being cursed by an old woman, finds himself unable to stop losing weight. Now Stephen King was never cursed by an old woman, but he was told by his doctor once that he needed to lose weight or he risked having a heart attack. He did lose weight, but didn't really want to and felt that he was being forced to do it. This made him think about what it would be like if someone was unable to control their weight loss. A few creepy additions later, Stephen King had an idea for a book.

Another novel by Stephen King that has basis in real life events is "Misery." Like many Stephen King novels, "Misery's" main character is a writer. More specifically, a writer that finds himself trapped in the home of a fan who demands he write a novel that brings her favorite character of his back to life. Like "Thinner," this exact thing never happened to Stephen King, but he has felt pressure to write what his fans want and not what he wants. Ever since King became well known as a horror writer, his dedicated fan base have demanded that he write horror, and only horror. In 1984, King decided that he wanted to write a fantasy novel. The result, "The Eyes of the Dragon," was well-acclaimed by critics but viewed as childish and not a real Stephen King novel by some of his fans. This pressure from his fans to write horror ended up becoming one of the inspirations for "Misery."

While Stephen King doesn't write about his real life per se. He often draws inspiration from his experiences as an author and just as a human being. Any writer that finds themselves struggling to come up with an idea could follow King's example, think about what they know and just change the circumstances until it's interesting enough to spread out into a four-hundred page novel and hopefully an Academy Award-winning film adaptation.