What I Learned From Finals Season 2016
Odyssey

What I Learned From Finals Season 2016

(Other than that the therapy dogs at the library are cute) 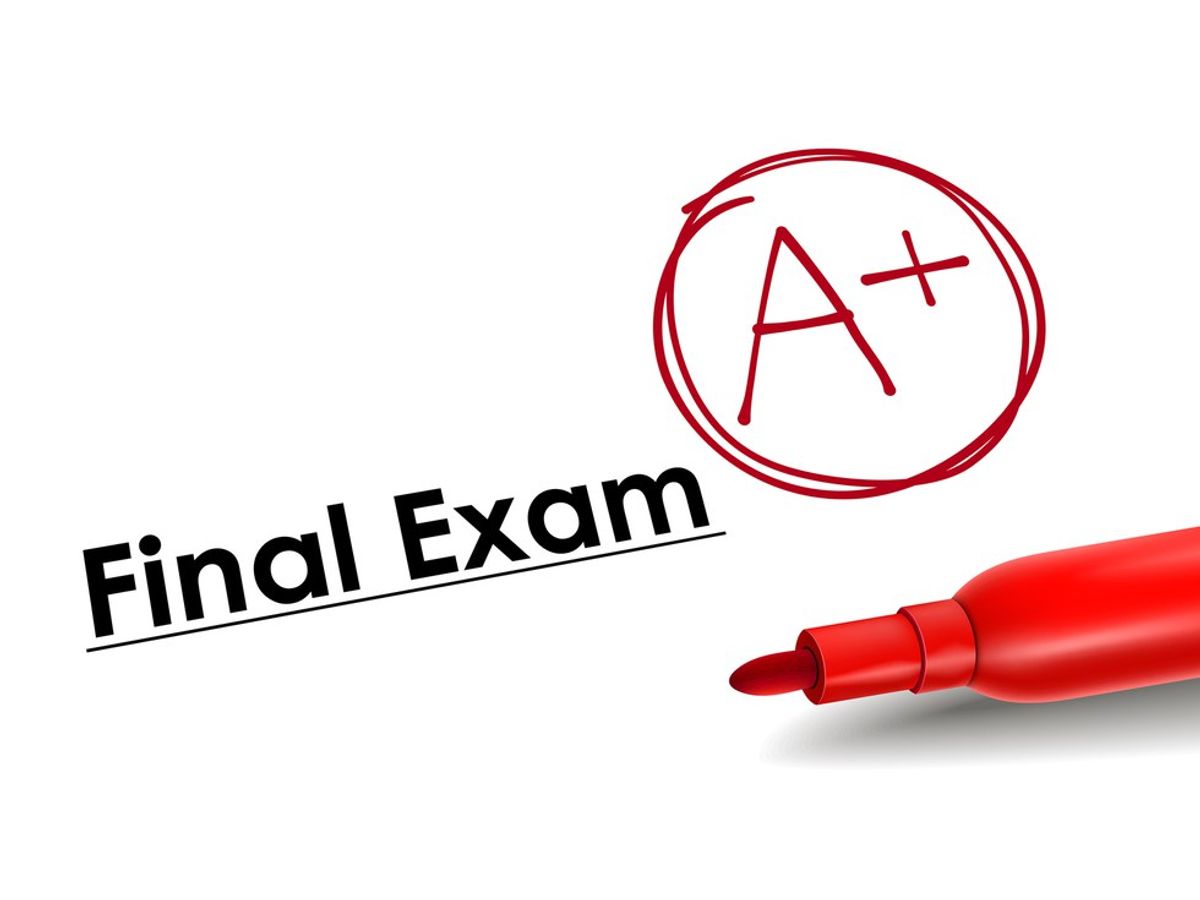 If you're connected in any way to a college or high school student, you'll know that finals week usually falls right around now. For Texas State students, it began last Saturday for weekend classes, and it goes right through the rest of this week. However, most of the student body, including me, started taking finals today.

This round of finals is special to me-not because I looked forward to it, but because it was my first set of college finals ever. I'd heard so many mixed things about college-everything from "college professors are brutal" to "college is a joke after Westwood"-that I didn't know what to expect from these finals. But I got through them, and now I'm going to share the experience-or, at least, the four most important things I gleaned from it.

1. Finals aren't hard when you study.

As I write this, I'm knocking on wood so hard that my knuckles might be bruised. But my finals, save a few semantics in wording on some of the questions, were pretty easy. This is probably because I studied.

I don't remember feeling this not-depressed after a final exam in years, or ever. Back in high school, I would study in short, inconsistent bursts as I tried to cover each of the six/seven/eight topics I had tests over, go into the test completely clueless, and then run home and try to calculate the lowest possible grade I could get without completely wrecking my GPA.

Ironic, since most of my semester was wasted goofing around online.

Because I have all my schedules aligned so that all my classes are on Monday, Wednesday, and Friday, my finals matched up the same way. Today, I took my finals in this order:

I had alternative finals for the other two classes I took this semester and don't need to go to the final blocks.

This sounds dreadful. And I thought it was going to be dreadful and leave my brain in a pulp. I considered emailing a professor and asking to reschedule one of my tests, but I didn't want to have to come back to campus just for one test. So I decided to pony up and do it.

But it wasn't as horrible as I thought. First, the tests didn't last the whole two and a half hours, so I got to leave all of my tests early and grab food/relax in between. Also, like I mentioned earlier, my exams were pretty easy, so that shaved off even more time. (Full disclosure: I'm a college freshman and am not taking Thermodynamics VII, so it's probably a little easier for me right now than for others. Also, I took a boatload of AP courses in high school, most of which required a fair amount of mental gymnastics to pass, so again: It's probably a little easier for me right now than others.) The icing on the cake was the satisfied feeling I got when I handed in my last test and realized I was (almost) done for the semester, and what was left I would do from the comfort of my own home.

I am pretty mentally drained, but it's no different than when I went to take the SAT or took two AP tests in a day. As someone who's been standardized testing for ages: I'm used to it.

In order for the finals to go quickly and painlessly, you have to be adequately prepared for each one. And when you know that you have three tests of varying difficulty on the same day, sometimes you have to play Russian Roulette when it comes to what to study for.

I am infamously bad at this: Especially in high school, I would often come to school having spent all night studying Topic A, with only a passing glance at Topic B, resulting in wildly inconsistent grades (that, or consistently bad grades). This time, I managed to stack my cards right (I hope); I divided my time pretty well. Math, the subject I was the most worried about, got the most attention; I spent hours plugging away at the math program we used to complete homework. I also spent a fair amount of time reading and rereading my Ethics notes-I'd underestimated how tricky the midterm would be earlier in the semester-though I worried that I hadn't started early enough. Communications, my best class, came last, though I did work through some practice tests. I also carved out some time to work on my paper for my other class, so some of my weekend went to that as well.

4. If I could do it again, I would definitely start studying earlier.

My biggest regret was, as usual, waiting so long to start studying. If I hadn't waited until the weekend before, I would have been able to get a better rest the night before. I'd stayed up until one am cramming, then (over)slept until five, so I was running short on sleep once I sat down for my math exam at eight. I think that definitely caused me to make stupid mistakes (especially in math) that I had to scrub away with what little eraser I had left. It also made me take longer overall.

With that, my finals (save the paper I am simultaneously writing) are over for 2016. I've learned what to do and what not to do, and though I'm not excited for the next round of finals, I am infinitely more prepared.

To those of you who are reading this and still taking finals, godspeed.