I Learned Everything About Respect As The Daughter Of A Cop

As A Policeman's Daughter, I've Learned More About Respect Than Anything Else

In high school it sucked to be the daughter of a police, but now I have a different perspective. 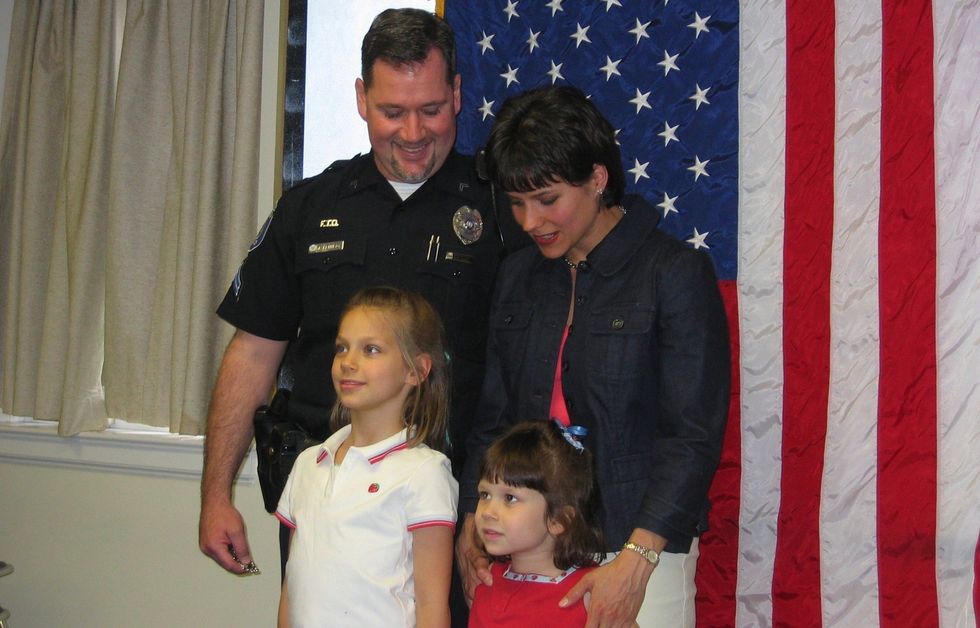 I'll never forget the social discrimination I faced in high school when people found out my dad was a cop.

"Wait your dad's a cop, that sucks," is something I got all the time.

People were quick to say "f*** the cops" but who is the first person they call when they need help? Who is going to be there to save their lives, no matter how many times they use that term?

Being a cop and seeing the things he sees, of course, my dad was stricter than most parents.

He always wanted to know where I was, who I was with and what I was doing. As a rebellious, 16-year-old kid in high school, the last text I wanted to receive at midnight on a Saturday, was my dad nagging me about when I was coming home.

I remember the mindset I had as a kid and I remember how much fun it was to break the rules. Sneaking out and lying were definitely my two biggest offenses. I loved the adrenaline that came with creeping downstairs in the middle of the night and making it out of the house without my parents waking up.

But, lots of kids lie to their parents and sneak out on the weekends. At the end of the day, my dad is just exactly that: a dad. He's a dad who loves his daughter and cares about her safety and well-being. Of course I'd get mad at him but in the end, he was just looking out for me.

Now that I'm older, I've had plenty of time to reflect on the relationship we had back then.

A police officer has one of the hardest jobs on this earth, especially in today's delicate climate.

The police are under constant scrutiny, they have no room for error. Their decisions are put under a microscope and their actions are questioned constantly. I think society often forgets that at the end of the day, police officers are people too, just like us.

Because of social media, it is so easy to jump on the bandwagon when a tragic story is blown up in the news.

Most of the time the media spins stories so you only see what they want you to see. My advice is to do your research before assuming that all cops are racist murderers. Not to say that all cops are good, there are a few bad eggs in every community of people.

But, just because a few cops made some poor decisions, doesn't mean American police officers are "corrupt."

It's hard for me to hear the awful things people say about police officers these days. I know my dad and the fellow police officers he works with. They are good men, heroes, even. I'm not exaggerating.

My most vivid childhood memories are of me running into my dad's arms when he'd come home for lunch wearing his police uniform. I'd make him take everything out of his belt and show me how it worked, and then I'd run and jump in his police car and beg him to turn on the siren. Sometimes my dad would bring home the younger officers he trained. My mom would make us all dinner and we ended up getting to know so many of the policemen he still works with today.

I've truly gained an incredible perspective on my dad and his career.

He risks his life every single day to help the people of my town, that's more than most would do. Every call he goes on, every car he approaches, he never knows what is going to happen. He's been attacked by crazy people, he's seen people die in front of him and he's pulled kids my age out of mangled cars. He's seen some of the most awful things, things that will stay with him forever. I understand now why he would get so mad when I'd lie about where I was.

I have so much respect for the men and woman that protect this country. I am so proud of my dad for his police service and for being the best dad to two girls. I don't think he could love us more.

I encourage people to seek new perspectives on the jobs of police officers and any law enforcement official for that matter- without them, our country would be a mess.

If you have to have a conversation with a police officer at any point from here on out, be respectful and apologetic for whatever you were doing wrong. Pretend like you're talking to your own dad.

You'll get a lot farther in life with a respectful attitude, rather than a rude, hostile one.

From Your Site Articles
dads
Report this Content
This article has not been reviewed by Odyssey HQ and solely reflects the ideas and opinions of the creator.