Ever been curious about the fast growing Korean music industry? This is for you! 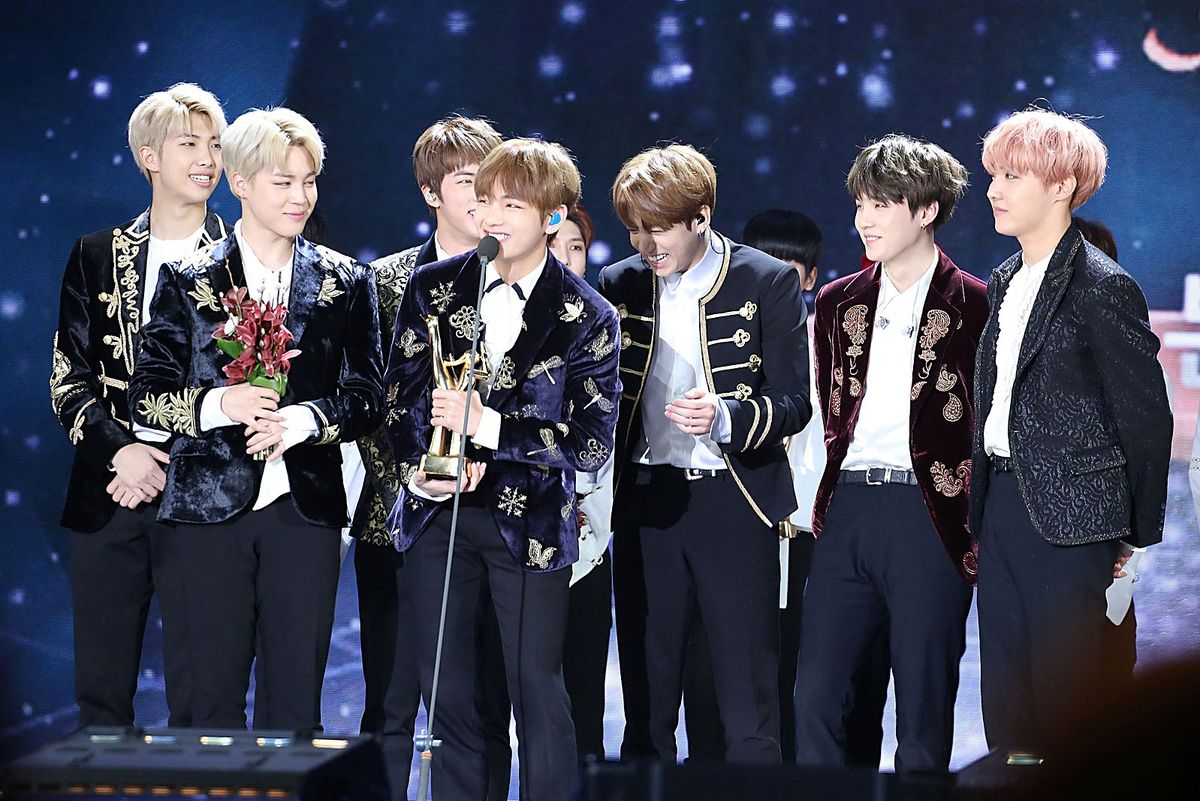 K-Pop has been quickly spreading to the US and beyond was the industry continues to grow and change the music industry as a whole. If you've begun to notice more news articles and more press coverage of Korean stars in mainstream media and you want to learn more, this list is for you!

Seventeen is a 13 member male group formed in 2015. One of the things that sets them apart in the Korean music industry is the way they function in subunits; officially, the group is broken into four units, Performance, Vocal, Hip Hop and SVT Leaders, but there are cases, like in the case of "My I", where different units are formed. "My I" is performed by the two Chinese members of the group and draws on Chinese lore for the lyrics and the choreography.

Monsta X, another group formed in 2015, is rapidly growing in popularity internationally. They are not only an incredible dance group, but their rappers are some of the best in the industry. "Beautiful" is a loud, powerful song with shockingly romantic and sweet lyrics!

One of the original groups to make it big internationally, EXO has been breaking records and producing hits since 2011. "Call Me Baby" is a classic example of Korean music at it's best.

Some argue that it's harder to transfer the music of girl groups in Korea to Western audiences; the music tends to be higher pitched and more "cutesy". Twice breaks that stereotype and then some! Twice, who is verifiably the biggest girl group in South Korea today, manages to make cute concepts relatable and appealing beyond their target audience.

Momoland is a new face in the industry who made it big this past January with their title track. "Bboom x2" is an absolute bop that samples songs like "Mi Mi Mi" by the Russian group Sebero to give it a western feel while staying true to the feel of the industry.

My first thought when I heard this song was that it sounds like a Demi Lovato song; it could fit in on American radio easily. Sunmi is a former member of the group the Wonder Girls but is quickly making a name for herself as a solo performer with three big hits in the last six months.

Red Velvet is one of the "Big 3" girl groups in the industry. They have two sides or concepts that they base their albums off of; one is the light, fun, airy side of "Red", the other is the darker, more mysterious and usually slower side of "Velvet". "Red Flavor" is a summery bop that fits perfectly into the "Red" category!

iKon is one of the main hip-hop styled groups in South Korea currently. Their latest comeback "Love Scenario" has been one of their most popular records to date and marks the start of a new, more chill and lo-fi version of their hip-hop sound.

This song is a long-awaited part of a long-awaited mixtape from BTS rapper j-hope! I'll talk more about BTS later on, but this solo project has already broken records in less than 24 of being released.

GOT7 is another huge boy group in South Korea. Their main pull is their EDM style, unique vocals, and lyrical rapping; "Never Ever" is a great example of their clean sound.

Blackpink came out of nowhere in 2016 and instantly took over the girl group scene. They have a more sexy concept then the typical girl group and their music incorporates heavy beats and harder, less lyrical rapping.

NCT is one of the most confusing groups in the music scene right now...but in the best way possible. They have by far the biggest group, with 18 members across multiple ever-changing units, and range in concepts from intense EDM to light bubblegum pop. "Baby Don't Stop" falls solidly into the first category.

KARD is one of the only mixed groups to break out in the K-Pop scene. They have a dance-pop-tropical sound that is new to the scene, and they have an incredible way of playing off of each other in their choreography.

If there were ever a Korean 5SOS, Day6 is that. They have grown so much in the past couple of years with their rock sound, but in the very beginning when "Congratulations" was released, they were full of the boyband sound expected of western artists.

An English K-Pop song? Henry Lau is a Canadian artist who works primarily in the South Korean market. He releases songs in English, Mandarin, Japanese and Korean and is climbing up on the charts across the world. Listen to this song and you'll understand why!

Not to be biased, but BTS is probably the most widely recognized K-Pop group in the world right now. If you've seen any late night television in the past few months, or even if you simply watched ABC on NYE, you may have already heard this song. BTS is breaking into western music in a way that has never been done before, and they are doing so by producing high-quality music consistently.

WINNER produced the perfect summer bop of 2017, and have continued to produce summery tracks that are powered by their intense raps and tropical beats.

DEAN is another artist gaining fans all over the world. He has a huge pool of friends to collab with, hugely successful solo tracks and even performed at SXSW last year. His smooth voice and R&B style is irresistible.

The hugely talented Heize first got her name on the South Korean reality show Unpretty Rapstar, but she quickly proved to the world that she also has an incredible voice and a variable style. She's multifacted and constantly challeges the standards of the industry.

Big Bang is one of the longest-running groups in K-Pop right now and by far one of the most decorated and record-breaking. They are known for their diversity and their ability to smash the standards put in place by society while maintaining their image and popularity.