I was excited for Kong, I first liked the movie, now I'm not sure... heres my thoughts. 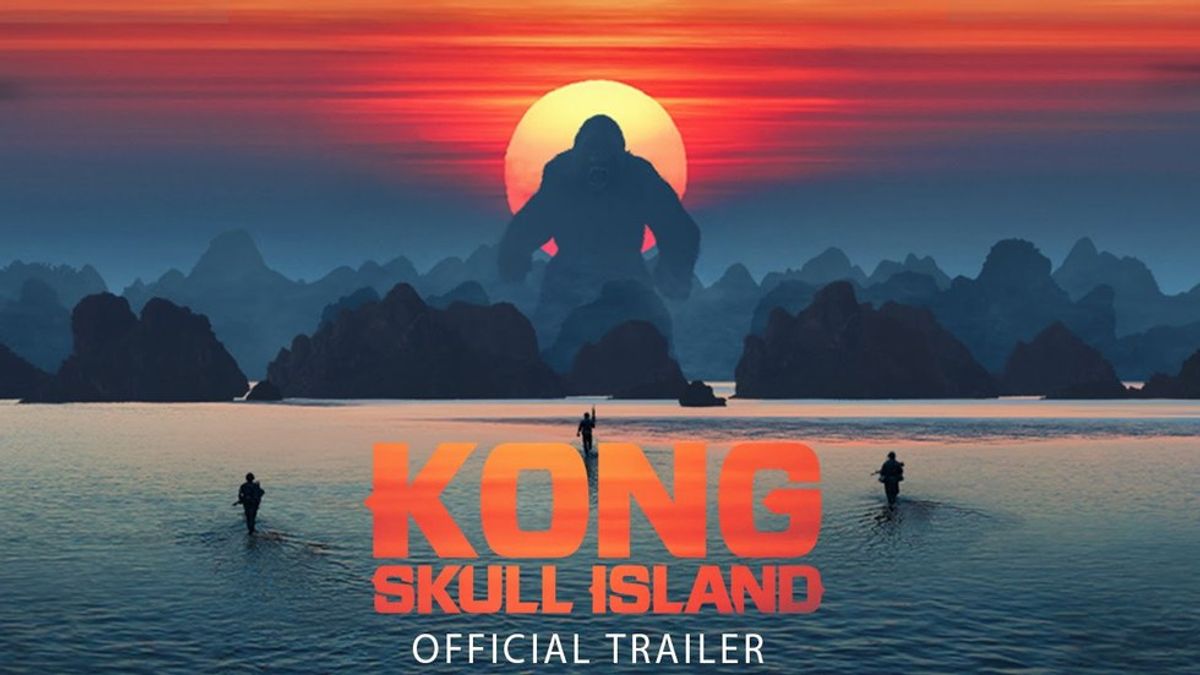 King Kong has been a legendary creature with multiple movies made telling his story. Who doesn’t want to see the story on a giant gorilla destroying a bunch of stuff? Anyway, there have already been multiple movies about him, but this year producers decided to create another that is going to maybe some how connect to Godzilla and it was not terrible, but it was not amazing. They did not stick with following the original movies and put their own adaptations on to it, which I liked the new adaptions just think it could have been stronger

Like I always do I just want to point out the amazing detail and CGI. Kong himself looks so realistic even though he is the size of a skyscraper. The island itself is beautifully designed to create beautiful scenery to contrast with the evils on the island. There is also a new monster created for this movie and the details on this fictional beast made him even seem realistic.

Character wise I did not really strongly connect with them. I believe they could have been further developed or maybe have a few less characters to be able to focus on other more important characters more. They were hollower with not a lot of emotion or background to connect with and didn’t really have a point in being in the movie. Funny thing is Kong was actually my favorite character, maybe because he kicked butt (we will get to that soon), but he also showed a lot of emotion in the film to me. Of course we had the male hero, who also kicked but (and looked great doing it), but did not have much of a backstory except for one tiny scene and not a lot of emotion. Then the damsel in distress, the comic relief, and the villain, both again not very developed. This all could have been fixed with a better script, maybe they were trying not to make the movie so long with back stories or emotional stuff, but when a main guy dies and I’m not even effected by it or upset, maybe we need to add something.

Okay now to the best part, the action scenes. Without trying to give anything away, this may be hard, but some of the scenes were obviously going to be intense with giant spiders, gorillas, and an octopus. I definitely jumped a couple of times to the point my boyfriend thought I was going to be in his lap. Kong had some powerful scenes where he destroyed others and tore up some creatures and machines. Although, Kong only had a few scenes here and there, you were mostly stuck with the dull people through out the film. Their scenes were just about as dull. There was one point where one of our heroes was destroying bird things with a blade in a gas mask and as crazy as that sounds, I wasn’t even that impressed. It was also just a lot of shooting guns and not really in the best way.

Walking out of the theatre at first I was like “that was a great movie!” Though now looking back at it I’m not so sure it was that fantastic. All in all, Kong was one of the best parts of the movie and he was not even in it long. Without him it probably would have been a complete dud. Although, I did catch myself singing along to the sound track, which was a perk for the movie, but didn’t really understand quite how the music fit with the way they were using it. That’s just me getting picky now though. All in all maybe wait till Redbox to go see it, was it worth a bunch of money to go see, not really, should you just skip it all together, no its had some pretty cool scenes. I guess you can just base it off of your own decision now.