Knuck If You Buck Stroll Off At Winthrop Is A Success

Knuck If You Buck Stroll Off At Winthrop Is A Success 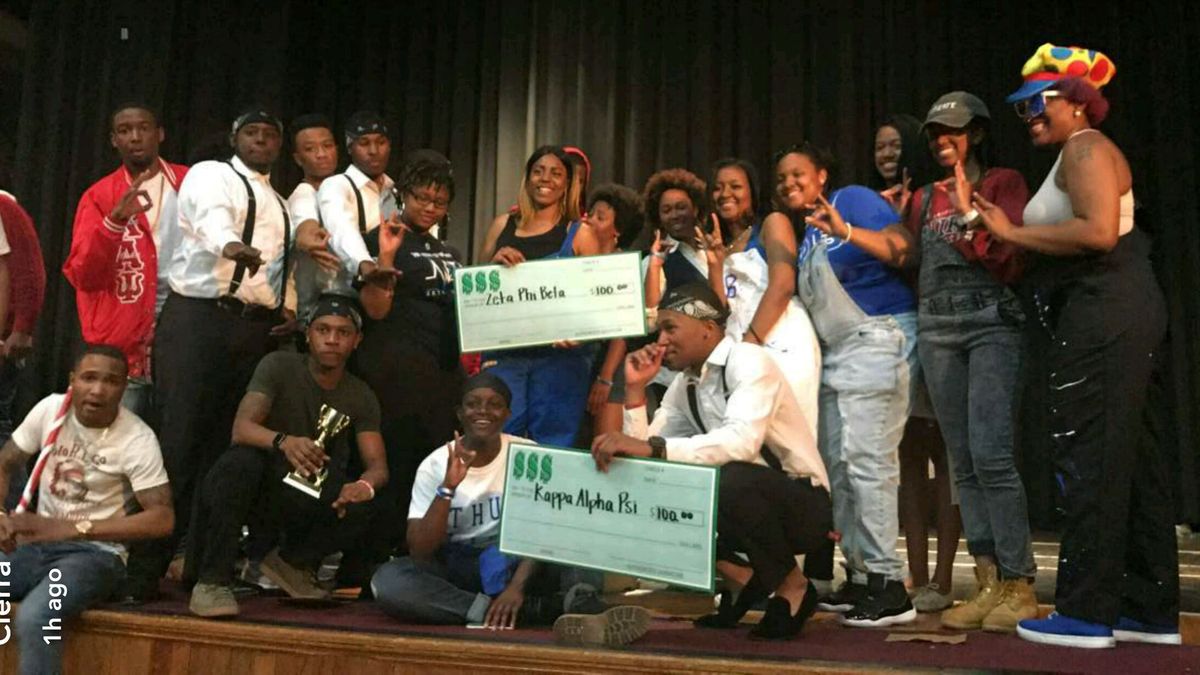 Knuck if You Buck Stroll Off

On Saturday April 8, 2017, 6 organizations from the Non Panhellenic Council came together to perform in the Step Show. The show gathered the students and greek life of Winthrop University, along with greek life from other schools in South Carolina, as they watched their fellow friends, classmates, brothers, and sisters, go up on stage in support of their organization. Each fraternity and sorority involved had the chance to showcase their talents in order to win $100 for their organization. The brothers of Kappa Alpha Psi and my sisters of Zeta Phi Beta took home the prize.

Hosts Kuriosity and Heartbreak Hutch came out to keep the show entertained. Both hosts being members of Kappa Alpha Psi Fraternity, Incorporated, made sure to shout out their fellow members and the ladies of Sigma Gamma Rho Sorority, Incorporated. Despite their support for their organization, they ensured each organization from the Divine 9 would be recognized.They kept the crowd entertained and and hype for the duration of the show.

The show had a total of six performances by the NPHC organizations on Winthrop Universities campus. Alpha Phi Alpha, Omega Psi Phi, Kappa Alpha Psi, and the brothers of Phi Beta Sigma represented their fraternities on stage

The brothers of Alpha Phi Alpha Fraternity, Incorporated came out with their whistles ready to perform. In all black, these members made sure their stomps were heard and their kicks were high. These ice cold men were definitely recognized.

The brothers of Omega Psi Phi came out in their camouflage vests and their purple bandanas ready to take on the stage. Starting off with New Edition, they jumped around like no other. The purple roses being thrown at the end was an interesting touch.

The brothers of Kappa Alpha Psi made sure to showcase their shoulders to campus. Dressed up in their black and white, the Kappas ensured the crowd they were a force to be reckoned with.

Decked out in their blue and white, the Nu Xi chapter of Phi Beta Sigma came together for a creative performance. They never fail to please with their Sigma walk and made sure their Blu Phi's were heard.

These ladies came with the heat on Saturday. With the coordinated outfits, these Prissy Poodles were prepared to dance. Their routine ensured their shoulders were forces to be reckoned with.

The oh so sweet ladies of Zeta Phi Beta came with an unforgettable performance, taking us all the way back to the 90s. They came ready with performances by Tupac and Aaliyah to complement the songs. Dressed head to toe in various 90s wear, the ladies of the Theta Theta chapter were ready to kill the stage, and did so successfully.

The show was a complete success. However, it could not have been achieved if not for the step show chair of NPHC, Senior Jasmine Cohen. Cohen, also a member of Zeta Phi Beta Sorority, Incorporated worked tirelessly to ensure this was a success. She was even able to bring Dutchess from Black Ink Crew to attend the event.

Here is some feedback from Cohen herself.

Faith Rush: How did you come up with the idea for the Step Show?

Jasmine Cohen: I wanted another event that showed off NPHC at Winthrop. In the past Winthrop would just have a step show in the fall that was the only money maker for NPHC and basically the only main event. I wanted an event that would make money and also give back to the community.

FR: How do you feel about the success of the stroll off.

JC: I feel that the event was a success. I was extremely happy with the turn out. Dutchess coming to the stroll off was the high light of the event.

FR: How did you manage running and performing in the show?

JC: By the grace of God, I was able to run and perform in the show.

Hopefully we can see NPHC at Winthrop University flourish even more in the future.