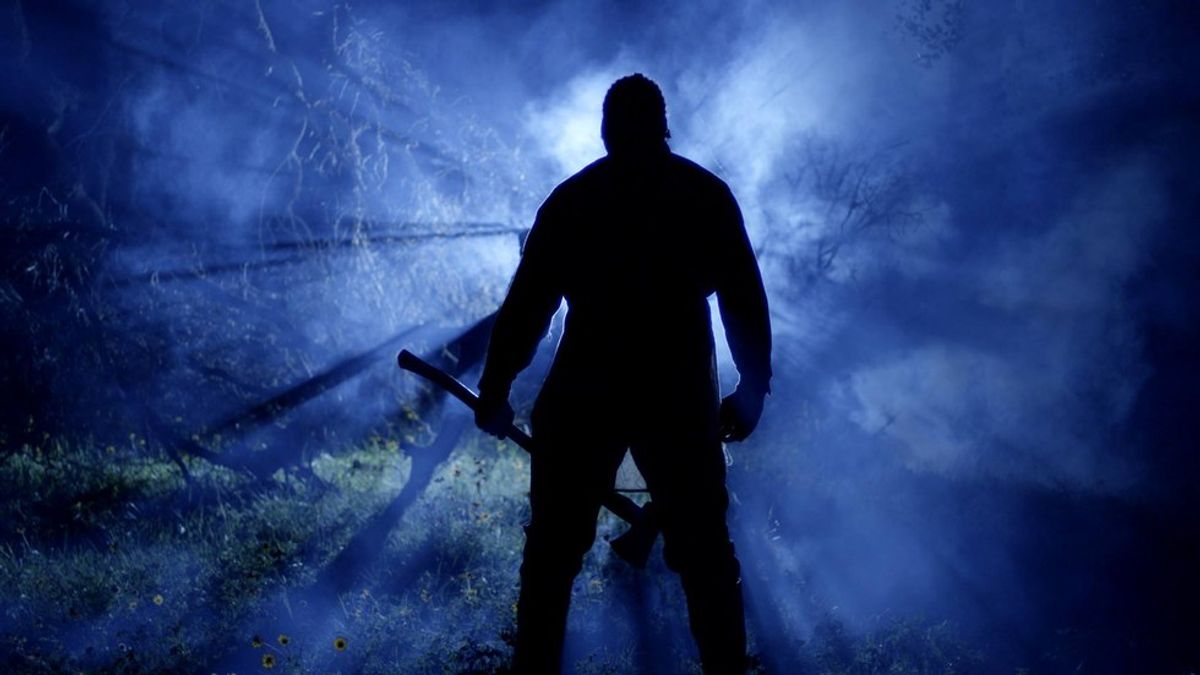 "Where am I?" I slowly open my eyes to see bright almost blinding light shooting out from the ceiling, the whole room is a dull white. If I hadn't been here before I might think I was in heaven.

But I'm not, I'm in a hospital room. And there are bandages all over my side and chest. And my legs are killing me! Why am I here? And why is there a cop outside the door??? What happened?? Now the cops coming in the room. This isn't good. I Have to remember what happened.

The cop is now just reading a clipboard like I'm not even here. This is my chance. Think. Think. Think! Wait! I got it. It's starting to come back. I was working, yeah, I was working. I was scouting out the new summer camp that just opened up. I had started getting the urge again, like I do almost every summer, and this seemed like the perfect way to get rid of it for another year.

The camp had just started its summer season, barely any security and a whole new group of preteens. Easy pickings. I had grabbed my camping gear, my usual axe and enough provisions to last me a few weeks. I'm careful with this, I've been following a yearly routine for a while now and I've learned how to get it done quickly, carefully, and as painless as possible for those involved.

I wish I didn't have to go through with it, but I Just know that the buildup from trying to hold back any longer would be far worse. Anyway, where was I? Oh yeah, prep. So I had already set up camp and had been doing daily rounds for about two weeks now. Every day I'd walk around the outskirts of camp, place one or two insidious messages to stir up the campers and maybe go explore a bit further to see if I can find anything that'll be useful later.

It may sound complicated but I've found that the more chaos I cause, the easier my job gets and the less my urges take control. Like I said earlier, I've been doing this for awhile. Yet it seems like every year my urges get stronger and stronger and it's harder and harder to do what I need to do to be safe.

Today I had decided would be the day then, I couldn't wait any longer. So on what was going to be the last night of this trip, I was watching the campers go about their usual lives, scouting out for the night ahead and then I saw something really, really strange. Nothing. One minute they were all running around and then every single camper and samp counselor was gone. Not a sound was made for the next few minutes.

This was a bad sign I could tell, but I had already decided that this would be the last night and something like this had never happened before so I had no idea what to do. Until I saw a small flash of color escape into one of the cabins. One of the campers had not been as sneaky with their escape it seems. This pissed me off. Where they trying to prank me, mess with my head! I was not going to let some campers ruin this for me and cause me to go any longer feeling this way. But that little kid had made one mistake, they let me see them. They let me see them walk into a building with only one exit. I had them cornered! I could finally get some sweet, sweet release.

I grabbed my axe and made a beeline for the door. Without even thinking I smashed the door knob off the hinges with all the strength I had in my body. More than likely it wasn't even locked but I wasn't thinking straight. I'm usually more careful than this but the killer urge was blocking all rational thought. So I busted in the room and...then there was nothing.

Not a single sign of recent life. I stood there with my axe tight in my hand almost foaming at the mouth and there was nothing. I then started to feel a weird tingle down my spine and then...my memories a little fuzzy here...but...I remember a hand grabbing my shoulder. And then...I'm starting to remember.

There was a hand and then my head was covered in a bag and they started dragging me but I struggled. It didn't work. I was being dragged and I could feel heat around me. I could really some heat. Almost like I was on fire! And then the hood is ripped off my head and I'm surrounded by dozens of kids. I'm inside a huge circle of kids with a bonfire that seems to be almost ten feel tall. The kids are all just staring at me and then something happens that I don't think I'll ever forget.

They all twist their mouths into smiles that I don't think any sane human being could ever realistically pull off. Then that's it. That's all Iremember...I think I was thrown into the fire! No! that can't be right. Wait, that cop hasn't moved in a while. " Hey! Police man! What's going on here??" Still nothing.

"Answer me!!!" Wait...is it me or is there not a single sound outside of this room. And these lights are way too bright. This isn't actually a hospital room is it?? Right at that moment, the cop's head starts turning, and I swear he could hear my thoughts because he does the same creepily joyful smile and says a single word: "No."

Madison Franz
The Narrative
1115453
Photo by Brooke Cagle on Unsplash

Madison Franz
The Narrative
653365
Photo by Manny Moreno on Unsplash