The Kids Are Alright
Odyssey

The Kids Are Alright 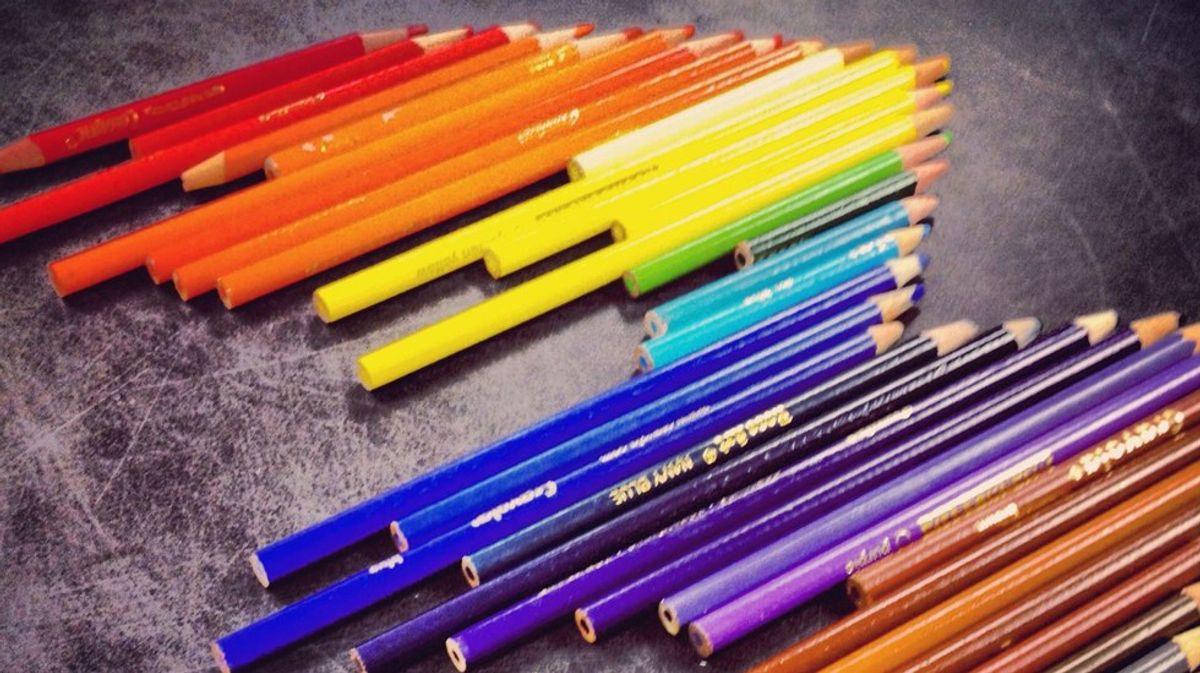 As a child, you ask questions, interact with peers, and learn from those that surround you, especially your elders. Whether those elders are parents, siblings, teachers, aunts, uncles, babysitters, or camp counselors, kids are constantly learning from their interactions with "grown-ups." What they might not know then is that they are not only the learners, but the teachers as well. As an after-school counselor, camp counselor, babysitter and future teacher, I can confidently say that I have learned just as much from children as they have (hopefully) learned from me. Working with kids has had one of the most powerful effects on me as an individual, and it has helped me grow into the well-rounded adult that I am today. Of the many life-long valuable lessons that the various children in my life taught me, I've narrowed it down to this short list:

It's a given that when working with children (especially the really young ones) patience is not just a gift, it's a tool. I once applied for a waitressing job, and during the interview, the manager actually said, "You work with children, then you will have patience for our customers." I never thought about how being an after-school counselor could even affect scoring a job on a whole other spectrum. Never underestimate the power of patience and utilize it to the best of your ability. Through doing this, I've learned that patience can be lost way too easily, and snatched away from you in the blink of on eye. But it is so important to persevere, and you will notice that your tendencies to be patient will shine through in other areas; for example the next time you are waiting in line at the coffee shop.

2. Don't be so quick to reprimand, instead ask questions.

Once, while working at an elementary school's after-school program, I turned around to a kindergartener picking up dirt in his cupped hands, reaching his tiny little arms as high as he can, and then opening his hands to let all that dirt fall in his hair and down his back. Obviously, my first instinct was to tell him to stop (which I did), but instead of sending him to a different play area, or inside to wash up, I had to ask him why he was pouring dirt all over himself. I felt as though I owed myself an explanation. This is where that patience comes in. After trying to reason with this five year old, he explained to me that he certainly was not pouring dirt all over himself; he was in fact taking an elephant dust bath. There were two things that I learned that day: first, I learned that elephants take dust baths, but more importantly I learned that if I had just assumed he was throwing dirt on himself "just for fun", it wouldn't have been fair to that kindergartener. By taking time to discover the motives for a child's actions, I have been able to eliminate unnecessary punishment and see things from a whole different perspective. I promise that just being given the opportunity to view something through the eyes of a child is worth it.

In saying this, I'm not saying that every little thing to a child has some secret meaning that you need to decode, but what I am saying is that it's not fair to underestimate something that is clearly significant enough to make a child sad, happy, distressed, etc. For example, avoid phrases like, "it's not a big deal", because when addressing a problem with a six-year-old, it's not just a big deal, it's everything. I've learned that something that might seem silly to us, like that Sally is sitting next to Brianna instead of Julia today, can leave an effect on that kid for the remainder of they day. This is why we are here to help guide children and help them solve small issues so they don't snowball into a ruined day.

When you come into a room in a positive mood, those around you can sense the positivity. This goes both ways, so if you come into something with a negative attitude, then others can feel it too. This is something to keep in mind when working with kids for the very reason that if you had something to upset you before meeting with them, you have to do your very best to put it aside. This also applies to an activity you plan on doing. For example, if you are playing kickball, be enthusiastic because that enthusiasm is contagious. If you are weary about playing, or could care less, then they will pick up on that and also become hesitant about the activity. This isn’t just with kids either--keeping your attitude in mind in any environment will only benefit you in the long-run.

5. Listening is one of the most important skills to learn.

Listening is so crucial throughout both childhood and adulthood, which is why giving all your attention to a speaker is so important. By learning to listen completely to one another, you're taking the time to put yourself aside and put someone else's thoughts first. Besides, if you give a child your complete attention, I promise you will be entertained by what they have to say.

Thank you and I love you.

Dad, you are the strongest man I know. You have raised us girls up to be hardworking strong women and if I do say so myself, you did a mighty fine job of it. You have helped us become strong and independent women.