Remember Who You Are: Khalida Brohi Speaks At WSU
Odyssey

Remember Who You Are: Khalida Brohi Speaks At WSU

Khalida Brohi, an example of how you can make a change in the world. 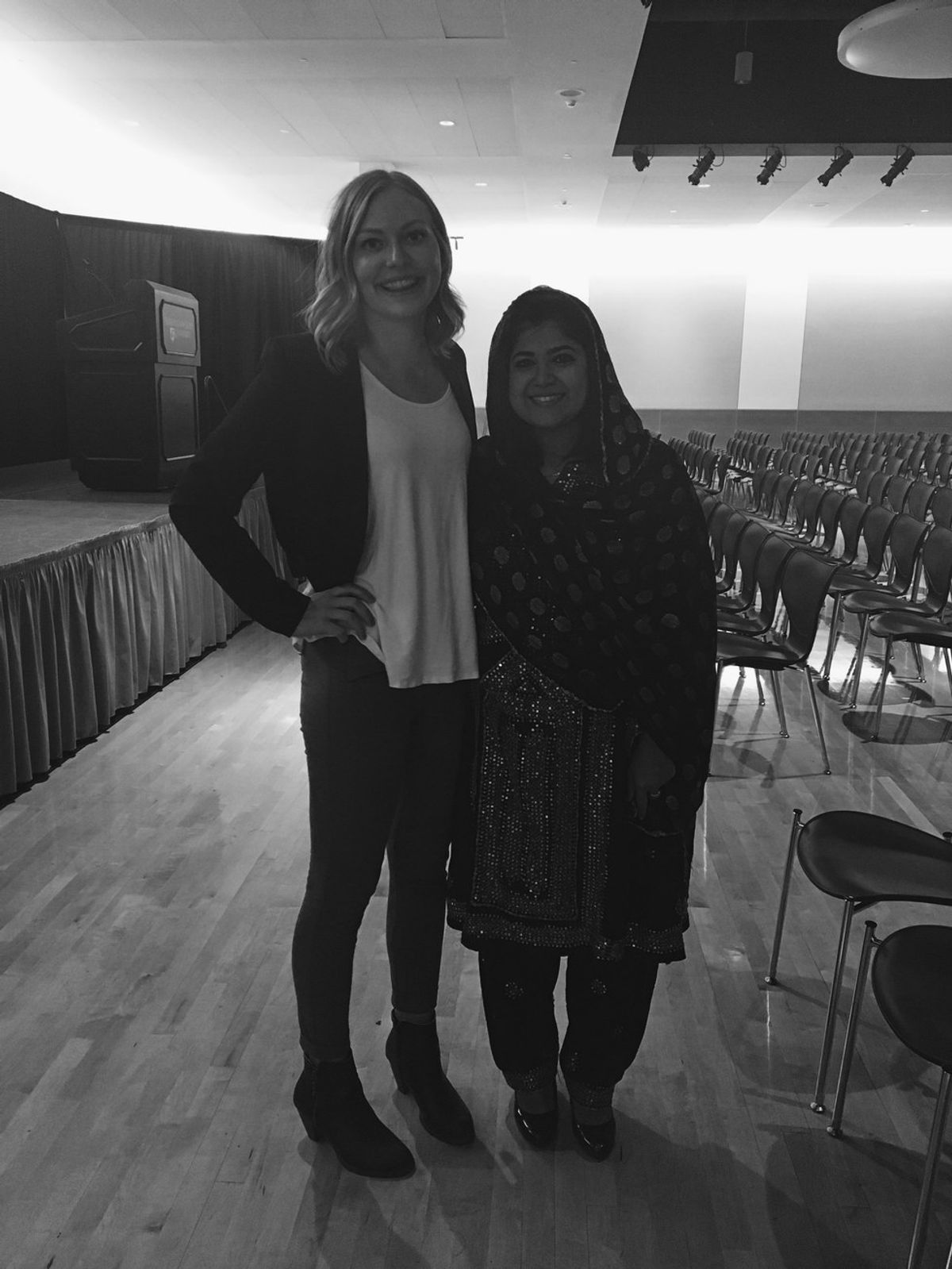 Khalida Brohi is an amazing woman. She does amazing things for other women as well. She’s accomplished so much at the young age of 26. As I watched Ms. Brohi speak, I sat next to another 26-year-old woman. They had both gotten married recently. Both of them got giddy when discussing their new husbands calling them dashing and handsome. Each of these women wants to change the world, because secretly, we all want to change the world. Every young person wants to make a change, do something with their lives. Their dream could be being a politician, a journalist, or a mother. Everyone has their own dream of changing the world in their own way.

Here’s the thing. Sometimes we get so caught up in making a change we start changing ourselves too.

It’s easy to lose sight of who you are, especially as a young person. Many of us try to forget our pasts and reinvent ourselves into better people. People who don’t have pasts, problems, or skeletons in our closets. That’s unrealistic. We all have things we don’t like about ourselves, things we wish we could change or forget. If we did that, though, we wouldn’t be ourselves.

Remember who you are.

Khalida stood on that stage in front of hundreds of her peers and told us about her skeletons. How her cousin was killed in an honor killing by her uncle. This murder ripped their family apart. It pushed her father to become educated, to educate her mother, and her parents together to educate Khalida. This killing pushed Khalida to help change policy and help to educate villages. This pain in her past. This thing that she doesn’t forget.

Now that she’s married, Khalida lives in Arizona with her husband where they own and operate a few chai shops. She doesn’t let living in America change her mission. Now, Khalida wants to help educate Americans on Muslims. She said she had no idea that people had that much fear towards her religion. She didn’t know when she got here that people would stare at her or be fearful of her. She’s pushing on. She’s educating herself and others but she also will never forget.

While I haven’t changed the world or had my family members killed. I know that it’s easy to forget who you are. Who you are is who you can help. Who you are is how you change the world. There’s no one else who can create the change you can. We always feel like we aren’t that person or that we can’t change the world. We aren’t powerful enough. Khalida Brohi is the perfect example that we all can make a change. She was a young, uneducated girl who used the darkness in her life to create light in the world.