Justin Timberlake And The Tennessee Kids 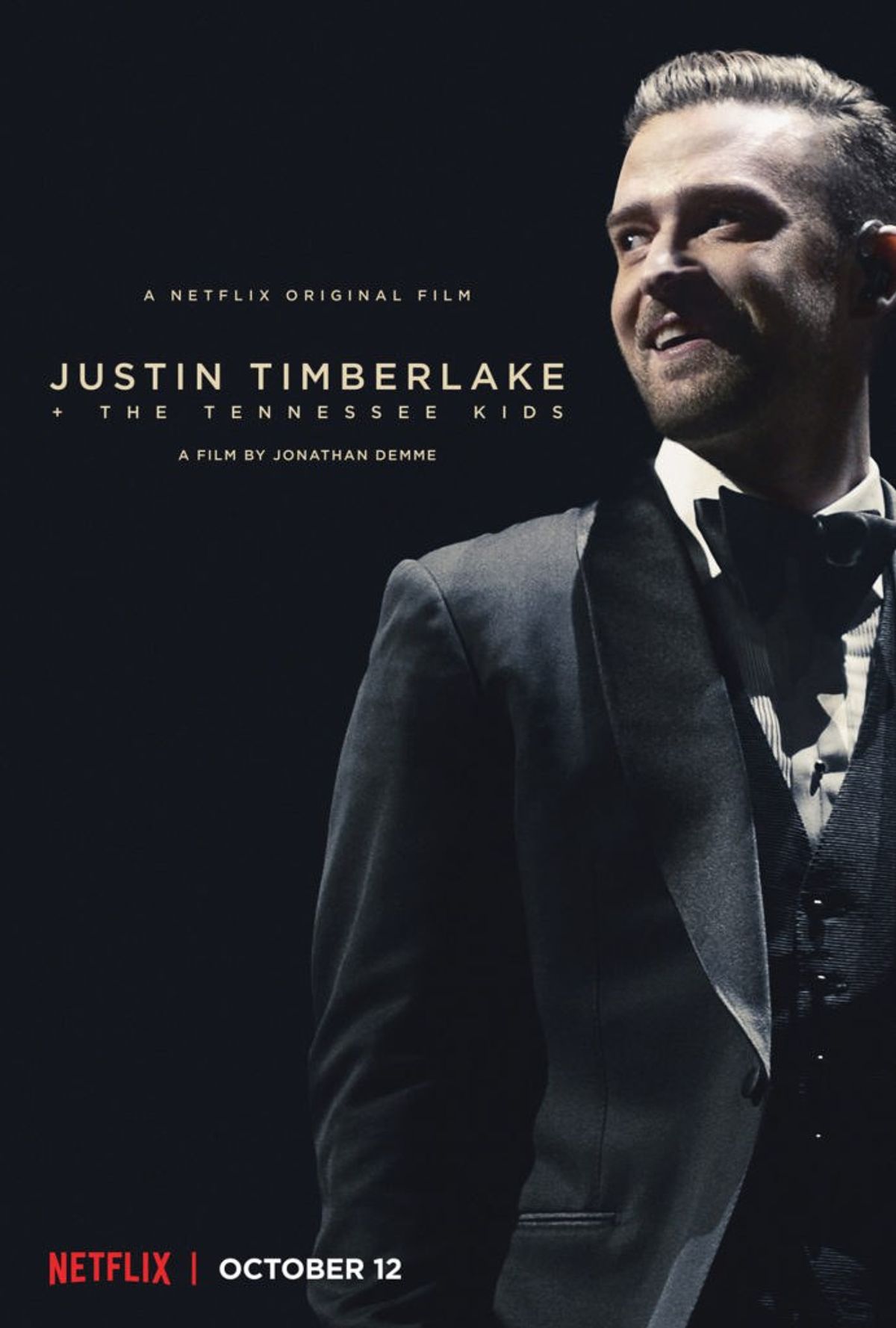 I’ve always found music and cinema to be wonderful forms of art, and even more breathtaking when both are united. Just watch concert films considered some of the best of all time, like the 1970 masterpiece "Woodstock" and the 1978 film "The Last Waltz" from Martin Scorsese. Also considered by many as the greatest concert film is Jonathan Demme’s 1984 "Stop Making Sense," which brought the art of creating visual music and cinema to new heights. Now Demme, director of landmark films such as "The Silence of the Lambs" and "Melvin and Howard," brings the last concert set of Justin Timberlake’s The 20/20 Experience World Tour (filmed in Las Vegas on January 2, 2015) in the form of a Netflix original. The result is an astonishing and rousing concert that brings equal amounts of cinematic art and show-stopping songs.

Justin Timberlake is the man of the hour here, a true front man of concerts with a remarkable performance that rivals other music legends such as Freddie Mercury and Mick Jagger. Timberlake indeed shines, making his presence a commanding one as he dances and sings along with the talented performers. It firmly stamps Timberlake’s talent of singing and acting. Just watch his breakthrough performance in David Fincher’s "The Social Network." Thankfully, the band members are given equal moments to shine as well, during the beginning as they introduce themselves backstage before performing. After saying a prayer, the artists prepare themselves for show time. The sequences leading to the very start of the concert give out a feel of thrill; Demme shows Timberlake in an unbroken shot, as he is seconds away from appearing onstage. His heart is pumping with excitement, and so is ours.

As for the concert, songs include a variety of Timberlake’s last album, "The 20/20 Experince," as well as hits from his other albums: “Like I Love You”, “Rock Your Body”, “My Love”, etc. Most of the original recorded versions of these songs are pop, but Demme and Timberlake give each song a unique twist: live instrumentation from The Tennessee Kids band in order to give each song blends of music genres (ranging from pop, country, gospel, electro, and rock). Demme is a virtuoso master of filmmaking, capturing the purity and emotion of each performance in many of his concert films. Here is no exception, as the director sets up a visual experience with cinematic panache. As he did in "Stop Making Sense," Demme shows unbroken takes of performances (some slow close ups reminded me of shots by director Stanley Kubrick in films like "The Shining" and "Full Metal Jacket") without hardly any quick editing or shots of the audience. The lighting and cinematography in this film are a wonder to behold. Patterns of colors and shades are carefully placed in order for each song to match the exact timing of choreography. The entire film gives us a chance to be fully immersed in the beauty of it all: from the colorful and innovative lighting to the dancing and instrumental performance by Timberlake and the band members with having been there.

By the last song of the night (a show-stopping rendition of “Mirrors”), the camera now shows audience members having a wonderful time as well as an emotional Timberlake giving his all to conclude his yearlong tour. Of course, it is pretty clear I’m a fan of Justin Timberlake and Jonathan Demme’s films, two men whose hearts pump blood carrying music and artistry. And this gives me all the more excitement to highly recommend it to viewers who seek a cinematic and grandioso experience of music and film. Prepare to be amazed by the result of this collaboration.

I enjoyed watching this concert film yesterday, seeing it on my laptop with the volume booming. My only regret was not watching it in a wide plasma screen TV, or in a movie theater for that matter. To quote Daniel Day Lewis’s character in Paul Thomas Anderson’s "There Will Be Blood": “It was one goddamn hell of a show!”