Dear friends, let us love one another, for love comes from God. Everyone who loves has been born of God and knows God. -John 4:7 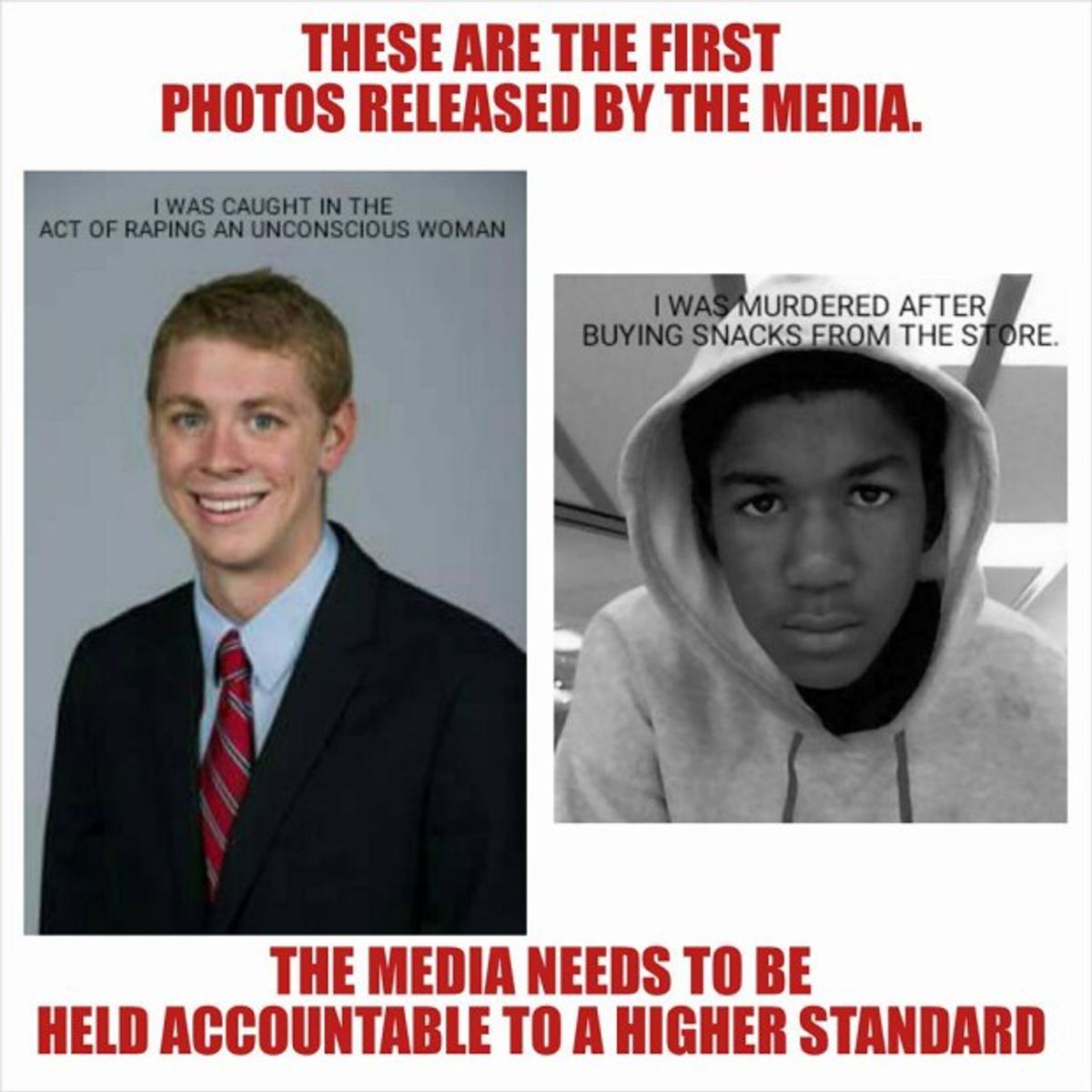 Brock Turner, David Becker, John Enochs, Austin James Wilkerson. What do all these names have in common ? They are white males who raped young women and got away with it. They got away with little or no jail time.

Then we have Briseira Torres, female, a United State citizen in Arizona who did not have her papers handy and was thrown in jail for 4 months. Kelley Williams-Bolar a woman who was sent to jail for 10 days because she did not send her children to the correct school district. Eric Garner, male, killed by police for selling loose cigarettes. Dante Parker, male, after being stunned by a taser multiple times was still shot and killed. Eric Harris ,male, officer who was taking him in custody “mistook” his gun for a taser. What do all these people have in common ? They are colored people who lost their lives or spent more time in jail than the men above.

Explain to me why the men who damaged those young ladies are out in the world living their life because they got away with it. Please tell me why these families have to mourn their loved ones because they “looked suspicious.” This is ridiculous and is getting out of hand. Everyday we see more and more injustice to our colored people and it is not right. It needs to STOP. Why did the white men above get to go on with their lives and get it taken off their record, but the women who sent her children to another school system now has that on her record? Every year we hear the same thing and i’m sick of it. The officers and judges are supposed to have discretion. They are suppose to be able to tell right from wrong. SO tell me, how is it right to rape a girl and only get away with probation but wrong to have your papers on you at all times and get 4 months of jail time.

But then again the judge always ends up saying it is not fair that the white males’ futures are going to be messed up. But it is fair for 5 children to lose their father even though he was tased multiple times.

This is wrong and we know it yet we do not do anything. Instead of helping our nation we put a racist to run our country.

Ask yourself how you would feel if that was your daughter, your sister, your wife. How would it feel that those men go away with it. Then put yourself in the shoes of the 5 children who lost their dad. Even after they already had control over him they felt the need to kill him.

This is not just a rant. These are facts our system is broken and we need to help fix it.