Just Another Saturday Round With The Guys
Odyssey
CurrentlySwoonLifestyleHealth & WellnessStudent LifeContent InspirationEntertainmentPolitics and ActivismSportsAdulting
About usAdvertiseTermsPrivacyDMCAContact us
® 2023 ODYSSEY
Welcome back
Sign in to comment to your favorite stories, participate in your community and interact with your friends
or
LOG IN WITH FACEBOOK
No account? Create one
Start writing a post
Student Life

Just Another Saturday Round With The Guys

Coming Soon to a Course Near You 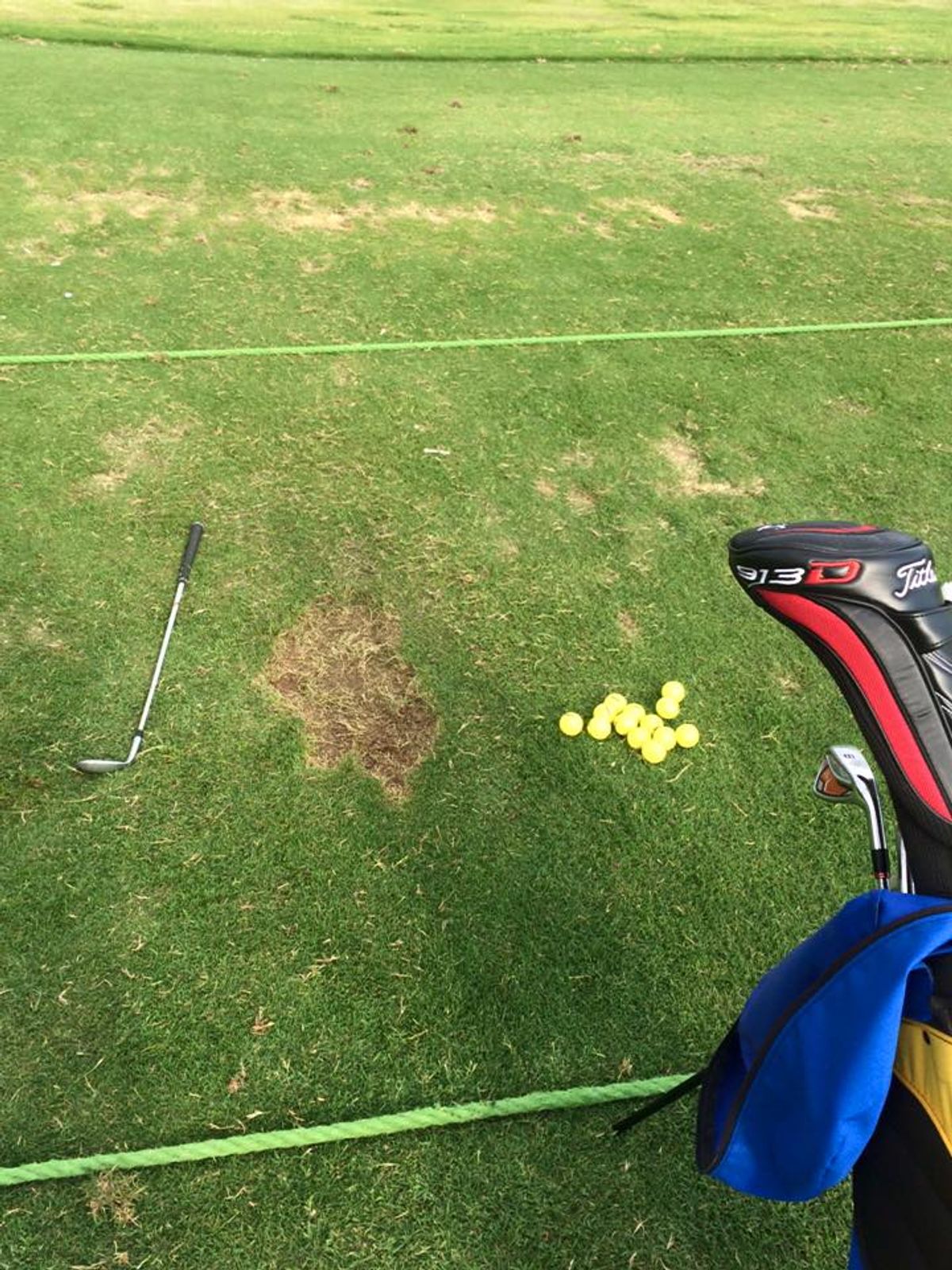 Last week was a blur to me for several reasons.

First, I had my wisdom teeth removed, and let me tell you... I was out of it pretty much all week. Second, as the son of a former college golf coach, nothing zaps my sh*ts given about anything productive quicker than a major championship.

So, in honor of The Masters, let me give you a brief breakdown of how my usual Saturday round goes (i.e. full of awesomeness and awkwardness).

I absentmindedly tap my trusty Titleist 913 D2 on the bright, green grass of the first tee box. The boys and I are out at the course for our usual noon tee time, which generally consists of a lot of smack talk and a little bit of golf.

We have two carts loaded down with top of the line woods, wedges, and putters (the same ones the hackers in front of us will throw across the fairway after every crappy shot), and much to everyone else's entertainment, Steve-o is already bragging about a hybrid that kept him from earning his second snowman on his scorecard the last time we played.

In between practice swings, Tater slams cold cans of Miller Lite and shot-guns with gusto. If Tater’s buddy Kyle’s dad was not a member of this country club AND a consistent business sponsor for the lucrative tournaments the club regularly hosts, they would have escorted our group off the premises long ago (because Tater chain-smoking Marlboro Lights and chugging brew doesn’t exactly comply with usual golf etiquette).

There is no way he’ll make it through all eighteen holes, so after shanking it around on the front nine, we haphazardly park our carts outside the clubhouse and start talking about our respective handicaps.

We settle in at a dark mahogany table in the dining room, and Steve-o returns from the bar with an armful of Bloody Marys. “So, dude, what are you gonna do? Stay at the bank, or move on to a big boy job?” he quips in my direction. The entire table cracks up.

I respond, “Honestly, I don’t know what I want to do. I didn’t expect this to lead anywhere. Tater, what are you doing nowadays?”

“Actually, I’ve been working on getting my real estate license. Well… I’ve been thinking about it. The commission is awesome. I think I would be good at it, right? Plus, you get to wear suits."

I snicker. “Suits? Tater, I haven’t seen you in anything other than jeans and button ups since Cordova’s funeral."

As the discussion draws on about possibilities of holding down jobs raking in six figures a year, none of us realize a tall, blonde cart girl, with tanned shoulders exposed in her sleeveless golf polo emblazoned with the club’s insignia, came through the French doors of the clubhouse patio. She casts a quick glance and a polite smile at our table, as she heads to the back to grab more beers for the course.

“That girl, that girl,” says Steve-o, as he pops the olive from his Bloody Mary into his mouth.

“Bro, you should talk to her,” he suggests, and the boys all glance at me.

“What? Me?” I say, as I adjust my Kelly green Masters hat (given to me as a gift from his Grandpa who attends Augusta annually).

As she returns from the back room carrying two cases of chilled beer, I hop up from the table and open the French doors for her, grabbing one of the cases out of her hands. “Uh, hey?”

That’s when I turn back to the table and realize the guys stuck me with the tab for lunch and left for the tenth tee...
Report this Content
This article has not been reviewed by Odyssey HQ and solely reflects the ideas and opinions of the creator.