Get up to date with the new releases of The Killers, Spacey Jane and Ocean Alley. Discover the band Elton John collaborated with and learn more about the music industry today. 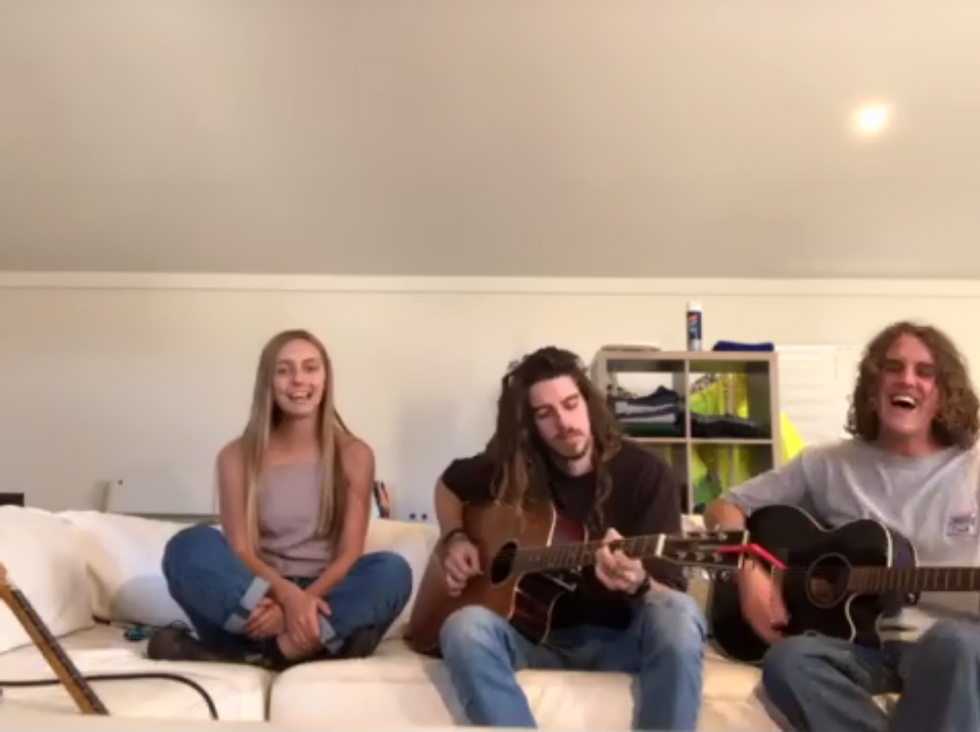 The coronavirus pandemic has encouraged bands to think of creative ways to advertise, perform and make their music. Many bands have postponed album releases due to the fear of not touring and many have decided to take an alternative route by advertizing their albums online.

Spacey Jane, a four-piece Australian band, is one of the many bands that has had to promote an album during the pandemic. Spacey Jane even had a unique pre-order special, where if you pre-ordered the album, you were able to join a Zoom call with the band and listen to them perform some of their new and old singles!

Music videos, charity performances and live streams have been other ways bands have started to interact with fans as well. The Killers, Ocean Alley, Surfaces, and more have released new music this month and more people need to hear it! Enjoy the list below of new music that came out in June ahead of many album releases.

The Killers - "My Own Soul's Warning"

"My Own Soul's Warning" is The Killers most recent release ahead of their upcoming album, "Imploding the Mirage."

"My Own Soul's Warning" is the third single from the album, which the band intends to do a world tour for, announcing that their sales for the tour will be postponed until further notice due to the coronavirus pandemic. Johnny Marr, known for being The Smith's guitarist, is set to join the tour!

The single spotlights some of lead singer, Brandon Flowers, best vocals. The song is full of passion and has a similar sounder to work from their debut album, "Hot Fuss."

"Way Down" is the third track on Ocean Alley's third studio album, "Lonely Diamond." The album was announced in April 2020 and released June 19, 2020. The band continues to bring new sounds to their classic psychedelic rock sound.

With four singles released before the album, Ocean Alley had everyone's excitement with their 2020 release. With many around the world staying at home this summer, Ocean Alley provides an escape for those reminiscing past summers.

"Up In There" - Ocean Alley

Another one from Ocean Alley! "Up In There" is the fifth song on "Lonely Diamond's" track listing. Another great song from the band on their third studio album.

Cosmo's Midnight, an Australian electronic duo, is bringing the summer sound to you this quarantine. With a fun stay at home video, Cosmo's Midnight surprises their fans with a single and music video that makes the most of the current climate.

Enjoy the video chat prominent video filled with ideas on how they should make their upcoming music video. The band includes the video clipped advice along with completing the advice such as dancing, animating, and more!

Surfaces comes back with an impressive single that features Elton John. The feature is a compliment in itself for the young band.

For those of you who don't know, Surfaces is a duo from Texas. The band has enjoyed a good amount of success from their single, "Sunday Best," a feel-good summer song that reached a massive amount of popularity from being shared on the social media network known as TikTok.

"Good Eye" is the fourth single from Hockey Dad, an Australian surf-rock duo, who is set to release their third album this year. "Brain Candy" will follow the band's high-quality albums: "Boronia" and "Blend Inn."

"Brain Candy" reflects more of a harder garage band style than their classic surf-rock tunes. "Good Eye" symbolizes the best of all albums as it highlights their surf-rock sound with a new feeling to it.

"Wasted on Me" - Spacey Jane

Spacey Jane, a rising indie-rock band that gained popularity in Perth's music scene, has released their debut studio album this June. The band has continuously risen throughout their releases of singles, energetic performances, and even their hunt for a new bassist!

With the addition of Peppa Lane, the band's new bassist, and the band's previous bass work, Spacey Jane was able to create a record that ranked No. 2 on the ARIA Charts. "Sunlight" will continue to attract new fans and remind olds ones how excited they are to see the band after the pandemic.

"Booster Seat" is the sixth song on Spacey Jane's debut album, "Sunlight." "Booster Seat" seems to be a fan favorite from the band's debut album and was requested a lot during their virtual Zoom performances of songs for fans that pre-ordered the album!

Skegss - "Under The Thunder"

"Under The Thunder" by Skegss is another hit for the garage-style surf rock trio. The band released the single with a new music video that debuted June 24, 2020.

For those who are unfamiliar, Skegss is a popular Australian band known for their garage rock style mixed with surf rock. The band has had many popular singles such as "L.S.D," "Save It For The Weekend" and "Spring Has Sprung."

Lee Fields & The Expressions - "Thinking About You"

The last song for my June playlist was actually released in late May. It was too good not to add, and it switches up the genre of music!