Confessions From A Jonas Brothers Fan

Why I'm a Jonas fan. 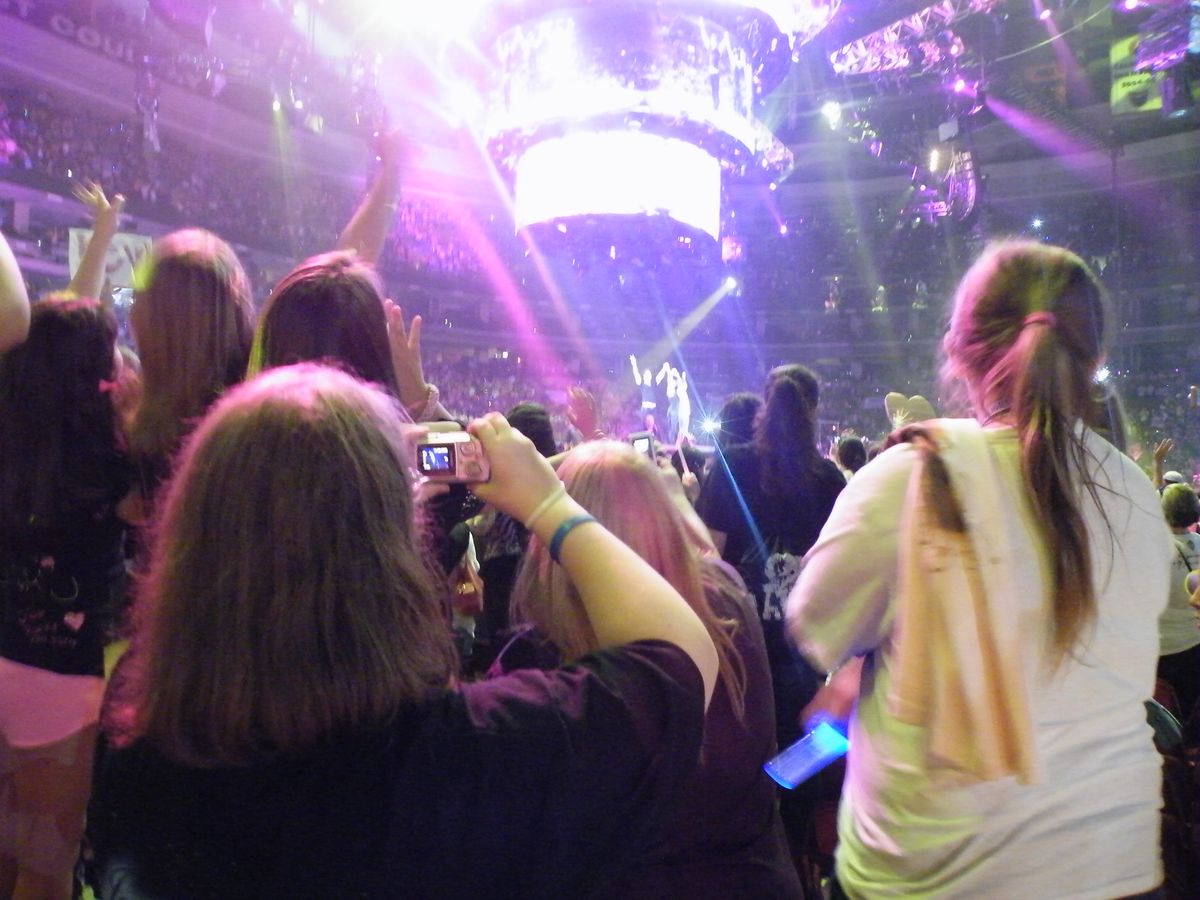 Have you gone to a concert and known that the artist you just saw would change your life? That is what happened when I saw the Jonas Brothers.

I have been a Jonas Brothers fan since 2008. The boys mean so much to me, and I am grateful for all they have done. Their music has helped me through some rough times. I also love how they are each involved with charity: Joe helps with the Special Olympics, Kevin encourages kids to volunteer, and Nick helps spread awareness for Type One Diabetes, a disease he lives with.

Each of the brothers has been involved with We Day, and Make-A-Wish as well. I have a lot of memories since I became a Jonas fan, seeing the Jonas Brothers 3D Concert Experience in theaters, watching their live chats, watching Camp Rock 2 when it premiered on Disney Channel, being part of the Jonas Brothers fan club, Team Jonas, buying their new albums the day they were released, meeting other fans at concerts, and making friends. I've made a lot of friends through Team Jonas, and going to concerts. Streaming their Radio City concert – 10/11/12, seeing them on their final tour in 2013 buying presale tickets. Jonas Brothers concerts were always exciting! When the lights went down, and the boys hit the stage, the fans would erupt in screams loud enough to pierce eardrums.

October 30, 2013, will be a day I will never forget, the day the Jonas Brothers officially announced that they were over. Three weeks earlier, the brothers canceled their fall tour, without any warning. At first, I thought that all the "break-up" rumors and tour cancellation were jokes. As the days went by, and the brothers remained silent, I started feeling like the rumors were true. When the Jonas Brothers deleted their band twitter, everyone freaked out, including me. A week before the brothers announced their breakup, Joe tweeted "Please hold, while we get our sh*t together." At that point, I was trying to hold onto hope, that the brothers would still continue to be a band.

Then, on October 29, People Magazine released an interview with the brothers, confirming my worst nightmare, the Jonas Brothers were officially over. I was devasted. I was also angry. Angry that they had canceled an entire tour, and never apologized. Angry that for almost 2 and a half weeks, they remained silent. Angry that for almost a year, they kept saying that they were going to release their new album, V, now the album would no longer be released. Ever since the tour was canceled, I tried to stay strong, but after reading the interview, I broke down crying. After the brothers broke up, it took a while for me to be able to listen to their music without crying. As a "thank you" to all their fan club members, they released their final album, LiVe. The album included 10 live tracks from their summer tour, and 4 studio versions of their new songs that would have been on the album.

Even though the Jonas Brothers are no longer a band, I still support the brothers in their solo projects. Joe started a new band, DNCE. Their ep, Swaay, is available on iTunes. Kevin is a father and a business man. He has created an awesome app, Yood. He also started a contracting company, JonasWerner Homes. Meanwhile, Nick has been successful in both acting and singing. His self-titled album, Nick Jonas, includes the hit single, Jealous. Nick also stars in the hit tv series, Kingdom. Recently, I meet Nick Jonas, a dream I've had since I became a fan. It was an experience I would never forget. Out of all the brothers, Nick has inspired me the most. His music helped me through the loss of my grandma and my aunt's miscarriage. Shortly after I met him, Nick tweeted this quote "Keep Working. Keep Pushing. Keep Growing." I loved the quote so much, that I had engraved onto a dog tag, along with my meet&greet photo.