Helping you chuckle yourself to sleep. 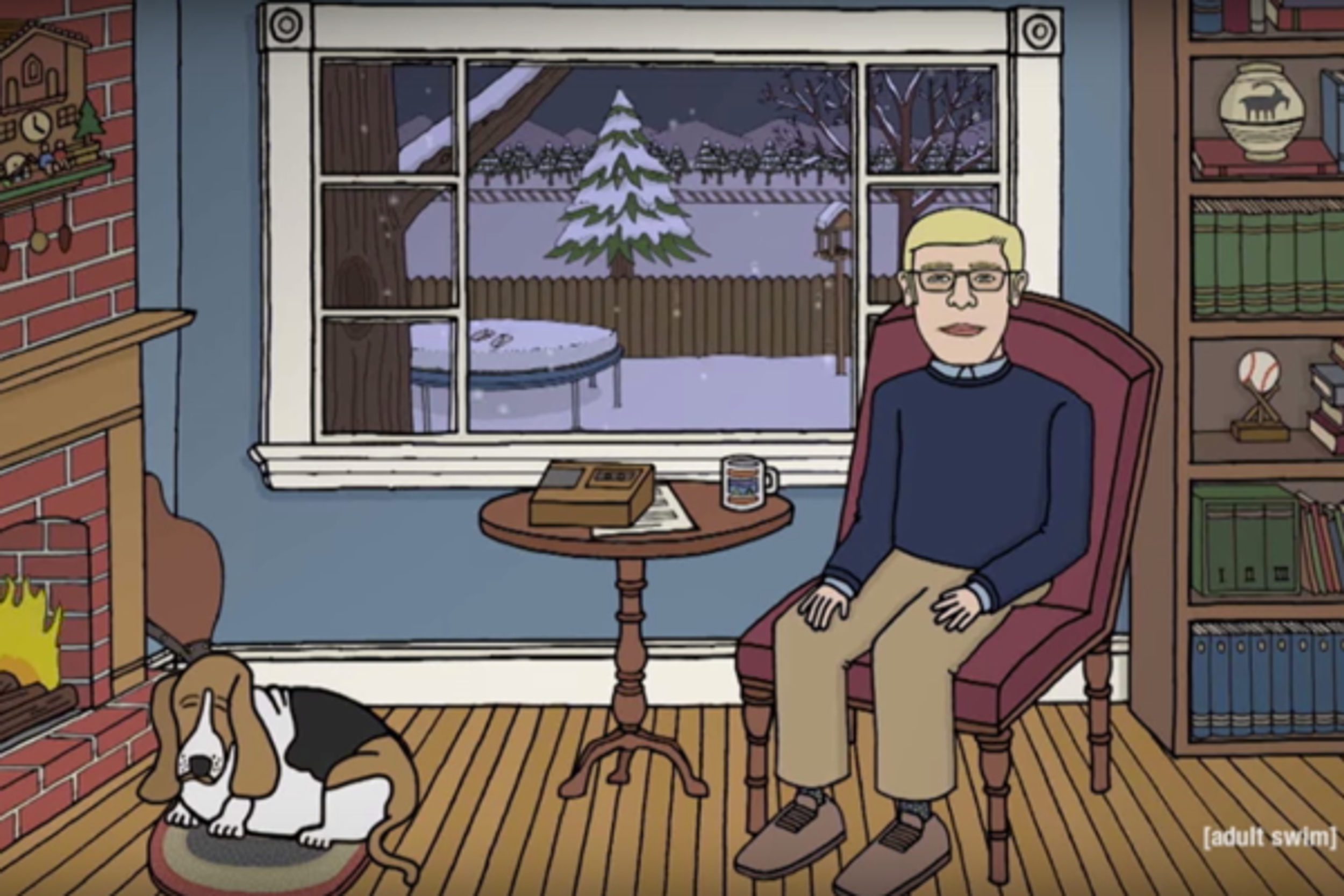 For all you aspiring comedians and film students here at Ithaca College, you have reason to feel inspired this week: Joe Pera, a 2010 IC alum, has found success on Adult Swim with an animated segment, "Joe Pera Talks You To Sleep". At least, he's found as much success as one can find at 4 o'clock in the morning.

The eleven and a half minute animated segment was aired as part of Adult Swim's infomercial series. If it's an infomercial, it's certainly a soft sale, the softest sale ever sold. The premise is right in the title: at 4:00 a.m., an animated Joe Pera assumes you are "having trouble dozing off", and attempts to use his monotone voice to talk about some "mildly interesting subjects" to help you out. Pera's voice is one of the most unique deadpans I've personally heard. He sounds interested without sounding excited, tired but not bored, calm but not emotionless. I won't tell you the subjects his voice talks about, as that would ruin the fun of guessing to which perfectly average subject he will go to next.

The animation style is as subdued as his voice, with very simple designs and a minimum of movement. Only one animator, Kieran O'Hare, is listed in the credits, so the simple animation might be as much a practical decision as an artistic one. Regardless, it works. A lot of comedy animation relies on quick speed and/or zany drawings ("South Park", "Rick and Morty", you know what I mean), but here the animation is almost in slow motion, and the setting is a simple living room.

How funny is it? It's not guffaw, literally slap your knees funny. But that wouldn't really help his cause of putting you to sleep. It's funny enough so that you nod off with a smile. That sounds pleasant to me.

For a show on at 4 a.m., "Joe Pera Talks You To Sleep" has gotten a surprising amount of attention. Splitsider and AVClub wrote stories on it, and Seth Meyers tweeted "Joe Pera is fucking funny." So no, not the front page of the New York Times, but c'mon, it's a 4:00 a.m. show. Considering that all the press for it was good, there's prime-time network comedy shows who'd be happy to get the same amount of coverage.

Pera graduated from Ithaca College in 2010 with a degree in film, thus making him yet another Parkie I am jealous of. He last performed at IC in 2014, almost exactly two years ago, which is just recent enough that some of you reading this might be thinking, "Oh hey, I remember that guy." While he was here, he won the IC Stand-Up Competition three times. Clearly he's an IC alum who's getting noticed by the comedy powers-that-be pretty quickly. Let's all root for him to become Ithaca most notable, sleepiest star.

Caitlyn Morral
St Bonaventure University
360
Wordpress
Odyssey recognizes that mental well-being is a huge component of physical wellness. Our mission this month is to bring about awareness & normality to conversations around mental health from our community. Let's recognize the common symptoms and encourage the help needed without judgement or prejudice. Life's a tough journey, we are here for you and want to hear from you.