Jaws is a classic thriller that's more than a monster flick.
Odyssey

Even more than 40 years since its initial release, Jaws remains a cinematic classic due to its rich characters and great accomplishments in technical filmmaking. 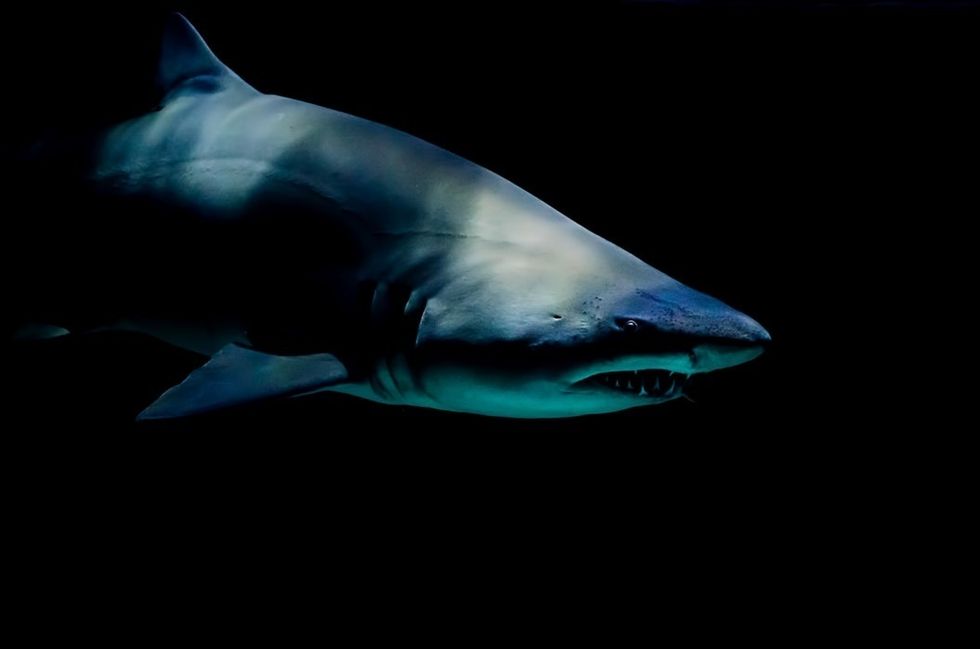 This week, The Meg will hit theatres worldwide, joining the long line of disaster films centered around shark attacks. From Samuel L Jackson's infamous death in Deep Blue Sea (1999) to the many brutal deaths in the Sharknado films, fans seem to love seeing movies about a man fighting off attacks of sharks.

However, all of these films owe their success to the film that has made most blockbusters of this kind possible. That, of course, would be Stephen Spielberg's classic Jaws.

While most films of its kind today are relatively easy to make thanks to CGI, Jaws did not have such luxuries. A majority of the film was shot in out on the waters in Martha's Vineyard. The shark, nicknamed Bruce after Spielberg's lawyer, broke down constantly.

To make matters worse, the script wasn't finished when production started, and Robert Shaw constantly showed up on set drunk and argued and belittled Richard Dreyfuss. Spielberg was so nervous about the film that he thought that he would never work in Hollywood again.

Then came the first test screening. And Spielberg's career made a 180. Filmgoers were terrified, with one running out of the film early on only to throw up in the lobby of the theater. Audiences across the country had a similar response, leading to the film grossing well over $100 million on its initial release.

The film ended up changing summer movies, leading studios to release large-scale thrillers in the dog days of summer. That trend has continued to this day.

So, what has made a film with such a troubled production into a classic? Well, unlike many films of its kind, Jaws paid attention to its characters, its music, and its cinematography. This attention to detail creates a cinematic experience of fear and joy.

Let's start with the characters. The main protagonist of the film is Police Chief Martin Brody (Roy Scheider), the new Sheriff working his first Fourth of July on Amity Island. Brody has to not only overcome his fear of the ocean but also to protect the citizens of Amity – including his two sons.

This anxiety is best shown in one charming scene in which Brody interacts with his younger son (Jay Mello). Sean Brody is mimicking the actions of his distraught father at the dinner table. When Chief Brody notices, he makes a scary face – that Sean of course copies – and then asks his son for a kiss "Because I (Chief Brody) need it."

This scene, which includes very little dialogue, is a fantastic scene since Brody displays his guilt for allowing citizens of Amity to die under his watch while also his love for his family and the efforts he will go to ensure that his family is safe. It's a great humanizing moment for Brody and Scheider knocks it out of the park with his performance.

Despite his best interest, he's prevented from protecting his family and the town by Mayor Larry Vaughn (Murray Hamilton), who wants to make sure that beachgoers come to Amity for the Fourth of July weekend – the most profitable weekend for the island. However, after a shark attack sends Brody's son to the hospital, Mayor Vaughn finally caves in and lets Brody hire Quint (Shaw) to kill the shark.

Once the team of Brody, Quint, and Matt Hooper (Dreyfuss) – an oceanographer hired to access the situation – go out to sea to hunt down the shark, Spielberg and company kick it up into a new gear. Even when not fighting the shark, the interactions between the three main characters creates great drama and tension.

Hooper and Quint have a great back-and-forth dynamic, with Hooper representing the new age school of shark hunting while Quint serves as an older school of thought. Both sides are at odds at points in the film, but they both come to respect each other at the end of the film.

Quint even sides with Hooper's idea to drop Hooper in a steel cage and inject the shark with a lethal fluid, something Quint laughed off earlier in the film.

Shaw nails his interactions with Dreyfuss, and his outstanding performance is on display in what many consider to be one of the best scenes in film history. In his description of the tragedy of the USS Indianapolis, Quint reveals so much about his character: his reasoning for hunting sharks, his steely exterior, his independence. His description of a shark attack – "lifeless eyes, black eyes, like a doll's eyes.

When he comes at ya, doesn't seem to be livin' … until he bites ya" – is one of the most haunting monologues ever uttered in the film. The shocked and frightened reactions of Brody and Hooper only sell the scene more. And yet, Quint is able to easily transition in and out of the scene and start singing a sea shanty with the boys.

It's considered one of the best performances in a film for a reason and this is why Quint's death is so tragic in the film. He was not just a throw-away person just made to be killed by our monster, he was a compelling character. Most monster films today fail to create great people like Quint that we are actually upset to see killed on the line of battle.

Grounding this mission is none other than Chief Brody. Again, as someone coming from New York City, Brody is not familiar with working in the ocean. He takes longer to tie simple knots and is easily the most frightened when confronting the shark. In many respects, Brody plays the role of the viewer in several scenes, reacting appropriately to all of the madness occurring on and off the ship.

However, Brody does adapt to the situation. He acts resolutely and does learn the basics despite being afraid. He even delivers the final blow to kill the shark and laughs off the exhausting affair when he swims back to shore with Hooper.

On top of the fantastic performances, composer John Williams creates tension with his score. His now iconic theme for the film builds as the shark gets closer, making viewers quiver in fear even though we don't see the shark. On top of that great theme, the rest of the music is fantastic as well.

In the scene with Brody and his son mentioned earlier, the music, while simple, really helps sell the mood of the scene.

In addition, Spielberg and company knew when not to use music. When the characters are on the beach, Spielberg knew to build tension through silence. That silence creates fear in that we know an attack is coming, but we don't know when. Also, for character-driven scenes, music isn't needed as the interactions between the characters is enough.

Furthermore, and perhaps the reason why Jaws is better than so many other shark-based blockbusters, Spielberg did not overuse the shark. Granted, this may have been because of technical issues with the shark itself, but the decision works in the film's favor.

By simply showing innocent people getting pulled underwater, blood-consuming the ocean, and people's terrified reactions, the viewer can create the horrible images for him or herself. This not only prevents people from seeing a fake looking shark but also builds fear and shows the quick, aggressive power of the shark.

Such is shown at sea through the use of the three barrels shot at the shark. According to Quint, no shark was ever able to stay underwater with three floatation barrels harpooned at the shark, showcasing the brute strength of the beast.

So, on almost all levels, Jaws is still a fantastic film. While the scenes with the shark are entertaining and full of tension, the focus is kept on the characters and their interactions and reactions to the shark, creating an immersive experience. While new flicks about shark attacks like The Meg come out every few years, few have the impact created by Stephen Spielberg's classic. So be sure to take a dive into this classic film.