It's like dress up but a thousand times cooler. 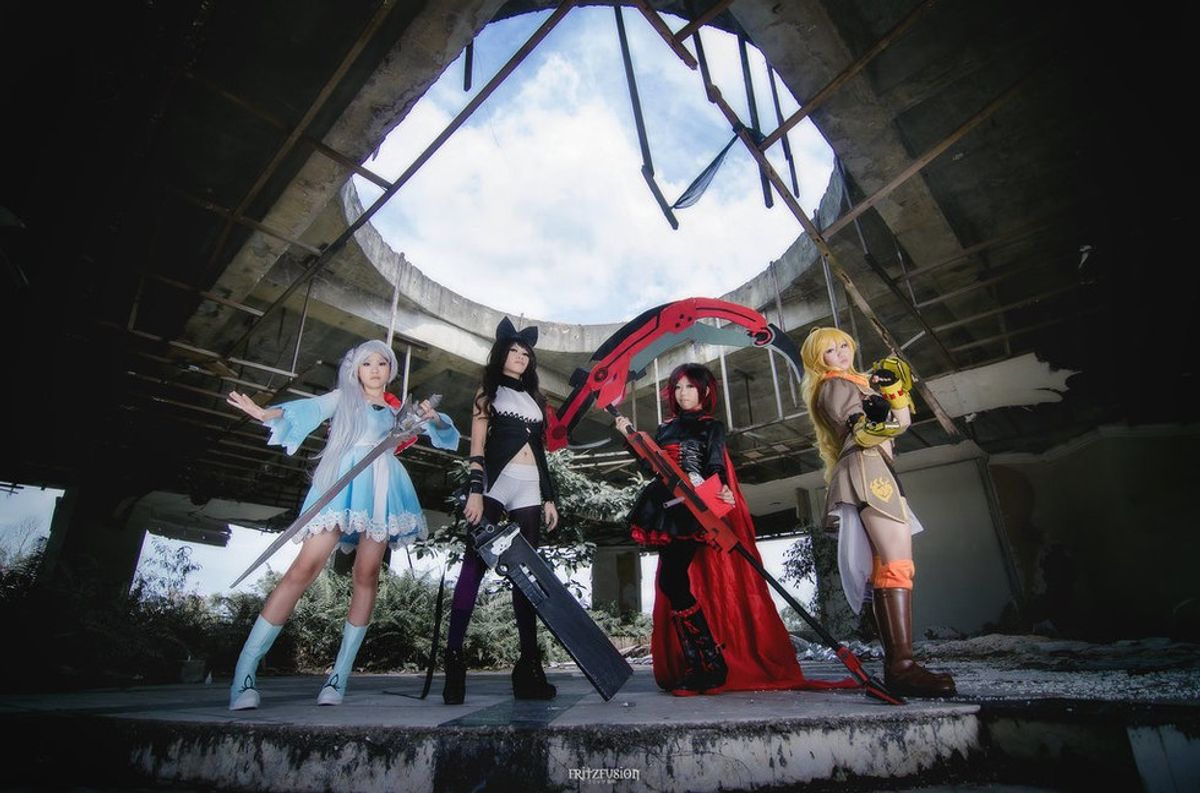 It's finally happened. I'm honestly surprised it's taken this long for it to happen though. I've been sucked into the fantastic world of cosplaying and everything that comes with it! As a fan who is deeply involved with a few different fandoms I've been exposed to cosplay before and I decided it's about time I start doing it for myself.

The character I'm cosplaying is Blake Belladonna from Rooster Teeth's show RWBY. (It's a great show) A few friends and I decided on doing a group cosplay, meaning we're all in this together. We have several people dressing up as the characters from this show and it's going to be amazing when we get it all together. Naturally we're all responsible for our own character and getting the props and pieces however we see fit. Needless to say, it's been a learning experience.

I would say that this is my first cosplay, but that would be false. I did a very rushed, last minute cosplay of Castiel from Supernatural in the summer of last 2016. It was mostly thrown together with things I could find within a few days of heading out of town for the convention I was headed to. Obviously it isn't the most accurate one in the world but it was so much fun being that character for a day.

I'd been around cosplay before, seen plenty of posts and pictures and videos of people cosplaying and I've always like the idea of it. It's a new way of acting and creating. Many people create music videos or sketches involving the character they're acting as and a lot of them are actually really good. Cosplaying is also a fun way to really connect with your fandom.

Cosplay is also good at teaching you skills. I'm currently in the process of learning to sew so that I can make an accurate version of Blake's outfit. Sewing is a skill, if I hadn't committed to getting this cosplay done, I never would have learned. It was never an interest I really had, but always thought would be handy. Now, as I'm learning, it's more fun than I thought.

I am also learning how to shop better online and in-store. I discovered that when I shop, I shop too fast. That probably sounds odd, but it's quite a problem when you're looking for specific things. When I go to the store my goal is to get back out as fast as possible. I tend tp just quickly grab whatever it is I need and go. As a result, I often forget things or miss something. The search for things I need for my outfit has taught me that. For example, I needed black ribbon for a few different things and a little bit of stretchy fabric for an arm band. I quickly found these items and left, only to realize that I had grabbed opaque ribbon instead of solid and fabric that wasn't stretchy. Oops.

I've also learned how to online shop a bit better. I'm quite new to online shopping and this has been a good way to learn. I've gotten better at finding what I want and making sure the company seems reliable enough and things like that. I'm by no means a pro or anything but it's been a good ice breaker.

I've learned more about crafts in general doing this. I had to watch a tutorial to even think of where to start but the more into this I get the more I realize and think of on my own. I like to think I'm building up a bit of my own creativity in the craft department, considering that I'm not very good with materials yet. But I'm working on it! I'm also hoping it'll help with other areas of creativity, maybe help me with acting and filming skills too.

Most of all, I hope I'll be able to make new friends through this. I don't expect to magically be popular or anything, but cosplaying is a good way to put yourself out there and show what you can do. As I said before cosplay is a really good way to connect with your fandom and even with yourself.

I've been told that the most important thing to remember when cosplaying is to do whatever makes you happy. It's not about being perfect or the best. It's about having fun and being whoever you want to be, figuratively and literally.

I'm excited to become a part of the cosplay community and take part in all of the creativity that comes with it.

Glorie Martinez
5925
Why I Write On Odyssey