It's All In My Head

Excerpt from my short story, "On Route" 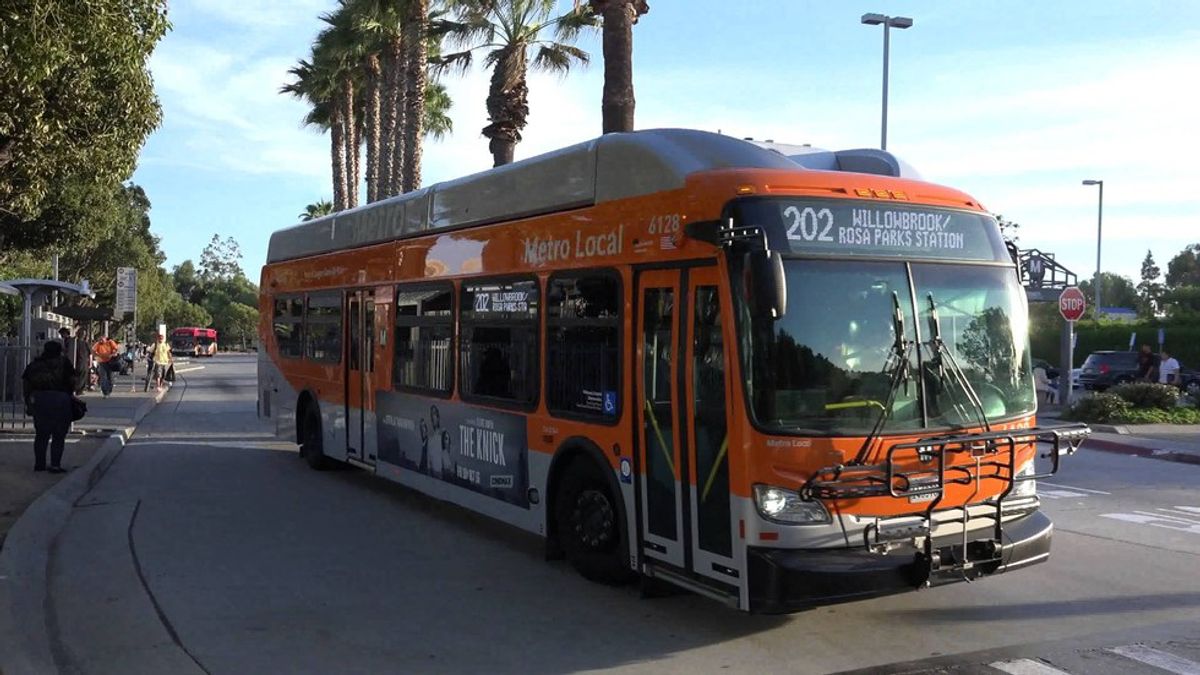 Being a Big Blue Bus driver has been quite a whirlwind. You would think it would get mundane; same route, same people, same time, but I get to know pretty much everyone on my bus. I say my bus because it really is; when my shift starts, I am in charge. I work five days a week and drive multiple routes through Santa Monica and West L.A. My report time is always 7:56 AM and my first run starts at 8:05 AM. It’s orderly, repetitive, precise, everything I am.

I pick up Sally on Hilgard Avenue. She is the first familiar face in the crowd of people standing on the curb. Sally works at Starbucks on Sepulveda Blvd. She always carries a small tote bag with her green apron and hat. Sally sits in the seat closest to me, per usual. As soon as she gets on the bus she brushes her bangs down, puts on her clear lip-gloss and eats her Kind bar.

“Am I getting that predictable?”

“No, predictable is good. How we doing today?”

“Tired, Steven, really tired. Bowzer kept me up all night again. He’s still in the whimpering stage,” Sally said through a yawn.

“What kind is he again?”

“A Maltichon, sounds like a Malt shake,” I laugh.

“So, on another subject, did you finally ask Rhonda out yet?”

I turn the wheel and slow the bus down. It hissed as I pull up to our next stop, Weyburn Avenue. The doors exhale open and Tim rushes on.

“I’m giving you one more week. If you don’t grow a pair by then, I’m going to ask her for you.”

Steven, Steven, you know you’re never going to ask her. Like a little boy scared of the dark. Sally pities you, that’s the only reason she talks to you. Sally has a life, she gets off this bus—you don’t. Remember your last stop. I won’t let you forget.

“Stop, this is my bus, not yours. I control where it goes. I have to stick to the route,” I say as I put my foot to the pedal.

“What’s that,” Sally asks with a raised eyebrow.

Tim never speaks, but he was such a character. He gets on at Lindbrook Dr. and sits in the back. He always wears a nice suit and tie. He’s in realty I think. That was Sally’s guess at least. He has this cheezy Bluetooth in his ear and whenever someone sits next to him he hugs his briefcase closer to him. I don’t think he ever is on the phone, but he leaves his Bluetooth in just in case. I wanted to tell him one day that his fly was down, but he was struggling to get off the bus. His coffee was spilling down the sides of the cup and he couldn’t get his briefcase over his head. “See ya, Tim,” I shouted. He looked back and gave an awkward side smile and he licked the sides of his coffee. Poor guy.

Why are you calling him a poor guy. Look at you, pathetic Blue Bus Driver. Tim is a realtor; he wears a suit and tie and has a Bluetooth. You have a smelly polyester shirt and bags under your eyes.

“I don’t have bags under my eyes,” I whisper to myself, looking in the rear view mirror. I readjust my shirt and reach into my bag for a breath mint.

Buddy, that’s not going to help. You need something much stronger.