We all float down here, and you'll float too. 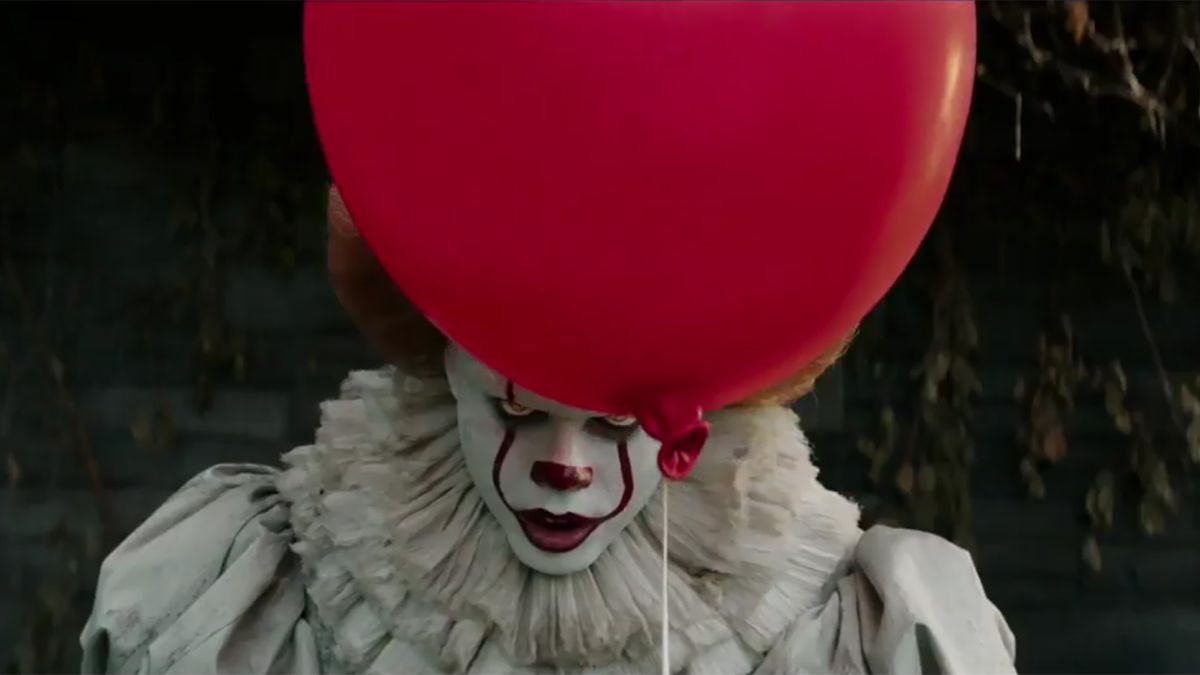 There are a lot of people nowadays with a deep-rooted fear of clowns that could probably be linked back to that terrifying 1990 rendition of Stephen King's It starring Tim Curry. That was mainly the reason I was afraid of any clown that crossed my path. However, with the new movie coming out this year, I decided to finally give in to my fears and read my first book by the master of horror himself.

The book is huge -- nearly 1200 pages -- so it took me a while to read it, but once I started reading, I could hardly stop. Stephen King has a very unique writing style that is entirely his own. He uses illustrious, beautiful language to lay out the scene for the reader, drawing him or her right into the little, mysterious town of Derry, Maine, which feels all too real to me, since I grew up in a small town so similar to Derry. He uses short, choppy sentences that can sometimes be hard to get through, but ultimately it is very easy to read and helps move the quick-paced action of the story right along. One of my favorite features is the short bursts in italics that often interrupt people's thoughts and actions. It's a very interesting writing technique, and it helps the reader see the thought processes going on in the characters' heads, as well as the insanity that is slowly taking over all of them.

The book is terrifying. It's not just a clown to be scared of, but also a manic leper, a giant bird, a mummy, a werewolf, and many other forms. It kind of reminds me of a boggart like in Harry Potter, but even more horrifying because It is an immortal being that can't exactly be killed. Oftentimes, I found myself unable to sleep or unable to leave my room after I'd turned the lights out because King's descriptive imagery left such vivid images in my mind that I thought for certain I might have seen It lurking in the shadows. It's a fantastic read, but maybe don't read it on a gloomy, rainy day that reminds you of George Denbrough's death (the event that kick-started) the whole plot, and if you read it at night, be sure to keep a light on.

Some other amazing details of the book were the character development and the rich history of the town. On the outside, Derry looks like a boring, small town with not much to do, but he has such a deep connection and understanding with the place that he has created that he can make even the most unimportant place seem fairly interesting. He made the history of the place so fascinating, in fact, that it almost makes me want to look into the history of my little town and search for anomalies or unsolved mysteries.

The characters were my favorite part. I couldn't get enough of them. The book is told in so many different points of view (including minor characters) that the reader is able to get many different voices, thoughts, and opinions surrounding the ordeal, which makes it far more interesting than if it would have just been told from Bill Denbrough's point of view or even the seven main characters' points of view. I feel like limiting it to our main protagonists would have severely harmed the story, so I enjoyed the many points of view. The characters were also very real, very understandable, and very likeable, despite their flaws. It is easy to get attached to all of them, and I actually missed them when I finished the book.

If you're looking for a long, entertaining read, then this is the one for you. I would definitely rate it a five out of five, no problem. If you're planning on reading, though, I'd get a move on because the movie comes out in September, and it's going to be great.

Nicole Marie Nigro
Individual Creator
8929
c1.staticflickr.com
Where to start...... Let me start with the cliche that life throws us curveballs and what we do with it is what counts.