A take on addiction after Demi's hospitalization

It Can Happen To Anyone

In the wake of Demi Lovato's recent hospitalization, we are reminded it can happen to anyone. 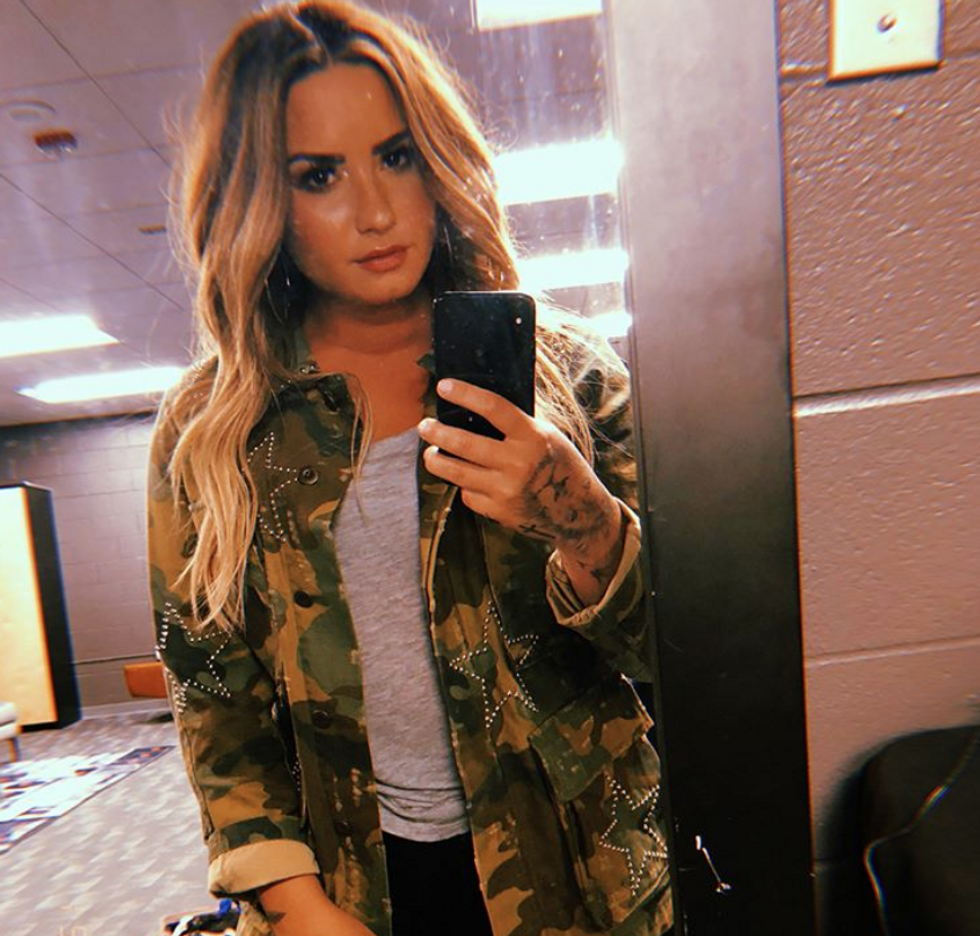 It can happen to anyone

Addiction: the most stigmatized of all mental illnesses. Addiction: a non-discriminatory monster that destroys families every single day. Addiction: a broad spectrum that many people (more than you think) deal with.

"According to the National Survey on Drug Use and Health (NSDUH), 21.5 million American adults (aged 12 and older) battled a substance use disorder in 2014." (American Addiction Centers) TWENTY-ONE AND A HALF MILLION AMERICANS OVER AGE TWELVE, let that sink in. For half of these people, addiction runs in their family. The use of heroin in adults aged 18-25 has DOUBLED in the past ten years- around 586,000 people over age 12 struggle with heroin addiction.

Addiction does not discriminate. It doesn't care if you're rich, poor, happy, sad, depressed, ill, well, or anything. It can come out of nowhere, and every single addict that ever fought addiction began with "just one____!" Addiction 50% of the time is heritable, and destroys families from the inside.

Anyone can fall into the pit that is known as addiction, and to continue to hold the stigma against the mental illness that addiction is will only cause more and more deaths in the coming days, months, and years.

Many people will argue that addiction is not an illness, because it is brought on by a choice. However, the battle of addiction lives within the mind, and addiction actually depletes your brain of dopamine, serotonin, and glutamate. Whether or not addiction is considered a disease or not, it has been proven that physical changes do occur to the brain when addiction is being battled.

As we sit in the wake of Demi Lovato's recent hospitalization after an apparent heroin overdose, many of her fans and followers are asking themselves how or why this has happened to one of mental illness's biggest advocates. I'm here to tell you that it can literally happen to anyone- even the strongest person can fall into the trap of addiction.

It is no secret that Demi has struggled with mental illness, including addiction, for many years. As a frontrunner in the battle against the stigma around mental health, Demi has been an advocate for so many- including herself. In fact, her YouTube documentary delves deeply into her battle with mental illness and addiction. After her hospitalization and rehabilitation in 2010, Demi became an advocate for people with eating disorders, those struggling with self-harm, and those who fight addiction.

Demi can be quoted saying, "There is no off day in recovery." Which is something that anyone who has been in recovery can say without any doubt is true. Last month, Demi released her song "Sober" in which she admits that she'd 'fallen off the wagon,' and had begun to struggle with addiction again. This came as a surprise to many as she had recently celebrated six years clean and sober; however, her fans continued to lift her up and support her as she battled with this monster.

Demi's battle with addiction, like all recovering or current addicts, will never end. Her body and mind are forever changed by the effects of addiction. Demi is currently considered to be in "stable" condition after being found in her home in Hollywood Hills, but is going to continue to require many thoughts, prayers, and much encouragement as she continues to fight the monster that is addiction and all of the pain that comes with it. Demi's battle with mental illness has given strength to many of her fans and supporters over the years, and I hope and believe that this will continue to be the case for many years to come.