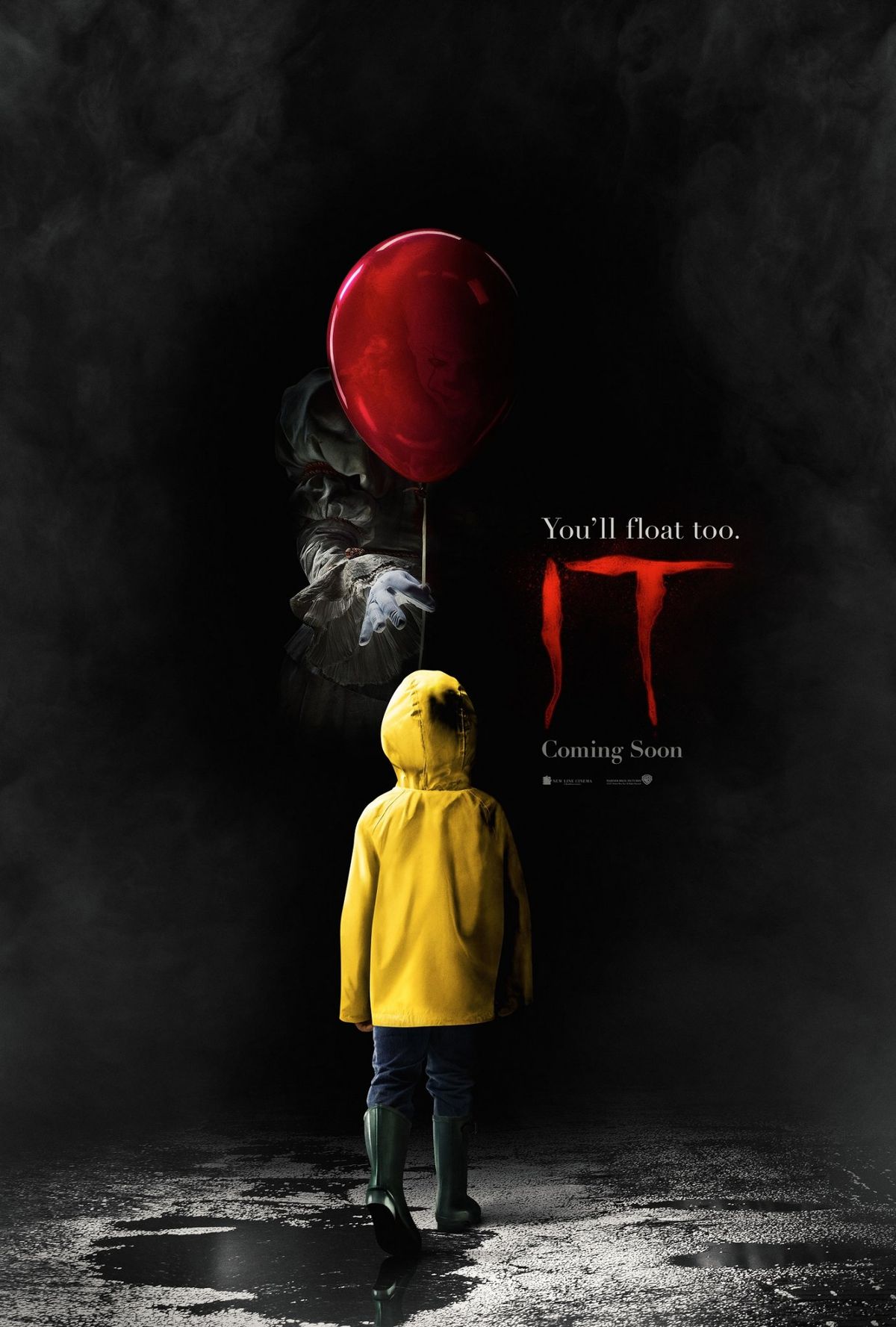 It, the newest adaptation of the Stephen King novel of the same name, is a faithful adaptation. I’d argue it’s a better adaptation than the 1990 3-hour TV film, in which Tim Curry played Pennywise the clown with camp and creepiness. Now comes Bill Skarsgård to step in as the child-eating clown, and just wait until you see his take on the killer monster. The opening scene with alone is worth the price of admission.

The film centers on seven children in Derry, Maine, who are terrorized by a creature with the ability to shape shift into anything it desires. To make matters the worse, the kids are the only ones who can see the creature (usually taking the form of Pennywise the clown), since adults can’t see it themselves. When Bill Denbrough (the film’s main character, played by Jaeden Lieberher) loses his little brother, Georgie (Jackson Robert Scott), to Pennywise, Bill becomes convinced Georgie is still alive and decides to team up with his friends from school to find him. Bill’s friends and himself make up a posse called The Losers Club, since they are the targets of bullies and the nerds of their high school. The gang all have moments to shine and show their acting chops, including Bill, Ben Hanscom (Jeremy Ray Taylor), Beverly Marsh (Sophia Lillis), Richie Tozier (a hilarious and lively Finn Wolfhard), Mike Hanlon (Chosen Jacobs), Stan Uris (Wyatt Oleff), and Eddie Kaspbrak (Jack Dylan Grazer). Although most of the film is centered on the gang’s journey in finding Pennywise, each of the kids suffer at the hands of their parents and guardians. In this universe, or at least in this creepy town, the adults are as villainous as the clown (such as Beverly having a pedophile for a father, Ben’s parents being neglectful towards him, etc.) However, the star of the show is none other than Bill Skarsgård. His Pennywise is equally effective as Tim Curry’s 1990 role, but Skarsgård adds a childlike menace along with an unsettling body language that Curry

The rest of the film follows the gang as they vow to find and confront Pennywise, and part of the film’s biggest surprises lies in these scenes of adolescence with a coming-of-age vibe. Think Netflix’s Stranger Things, 1986’s Stand By Me (another Stephen King adaptation), or 1985’s The Goonies and you will begin to realize what type of spirit this film embodies. The only aspect different from the previous titles mentioned would be the newest It adaptation contains run-of-the-mill horror scenes and bloody violence (as well mature subject matter, such as one scene of an almost attempted rape), but these kids from the Loser’s Club have the same urge of determination in finding what they’re after.

It’s rare for me to actually say I had a fun time watching a horror movie (most of the time I do if the film is well made), but It has more scenes that are comedic in nature than actual scary scenes. Not that it should be labeled as a horror comedy, but the script (one of the writers being Cary Joji Fukunaga, the mastermind behind Season 1 of HBO’s True Detective) is a thoughtful adaptation that still attains the childlike innocence of kids in a perilous adventure. This is attributed to the fact that this film has Stephen King written all over it (pun intended), in which the main characters face off with the utmost form of danger imaginable. Stephen King novels and film adaptations have given popular culture some of the best villains, from Jack Torrance in The Shining to Annie Wilkes in Misery.

Keep in mind this film has some serious elements that can be borderline depressing, but these scenes never dwell for a long time. Quite the contrary, the film will leave you talking helplessly after. I hope It generates enough word of mouth to its already grand box-office success. It’s one of the best Stephen King adaptations since 1999’s The Green Mile. Go out, if you dare, and experience It.

Emma Hyatt
3126
The Truth About My Parents' Divorce