The best to me, anyway. 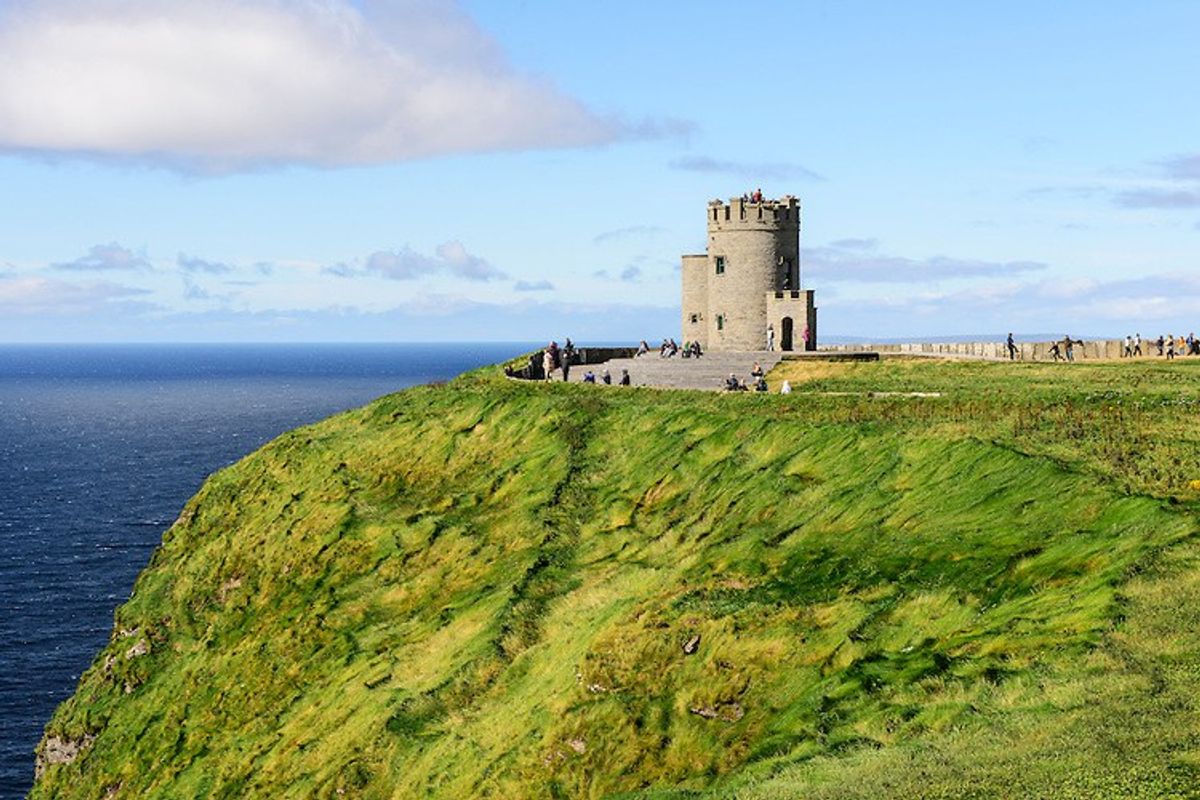 I may be biased, but Ireland is probably one of the world's most elegant and ethereal literary treasures. The rolling green hills, black and grey rocky coastlines and blue ocean are among many reasons why poets continually use Ireland as a setting for their poems, or are otherwise inspired by its endless beauty. If you haven't noticed by now, I'm trying to invoke my inner poet here.

Many authors and poets included in the canon of literary classics hail from this country, and many wonderfully ancient myths and legends of the Celts center on the landscape of Ireland, weaving courageous heroes with fantastical creatures.

Here is a (very opinionated) account of the top 15 poems by Irish writers:

Seamus Heaney (1939-2013) never fails to disappoint with his bitingly gorgeous word choices and varied subjects. Raised in County Derry, Heaney received the Nobel Prize in Literature in 1995. His headstone's epitaph reads: "Walk on air against your better judgment."

William Butler Yeats (1865-1939) is widely considered to be the greatest Irish poet to have ever lived. Irish legend is a prominent theme in his work, incorporating many Gaelic myths and characters. Along with Lady Gregory, Edward Martyn and George Moore Yeats founded the Abbey Theatre, a location for Irish and Celtic plays. He was also a total babe.

13. The Fool by Padraic Pearse

Notable for his political activism as well as his poetry, Pearse (1879-1916) played a major role in the Easter Rising in 1916 (see #2 below) as the commander-in-chief of the Irish Republican Brigade. He was jailed and executed via firing squad.

12. The Minstrel Boy by Thomas Moore

Though technically a song and not a poem, "The Minstrel Boy" is one of Moore's (1779-1852) most famous works. Born in Dublin, he spent time traveling around North America as registrar to the Admiralty in Bermuda in 1803.

Hailing from County Limerick, Mangan (1803-1846) was known for his eccentric style and rough personality; suffering from mood swings and depression as well as frequently using opium, Mangan could be found wearing a long cloak, green glasses and a blonde wig.

10. The Great Hunger by Patrick Kavanaugh

Patrick Kavanaugh (1904-1967) often writes about Irish life and society in addition to nature after a rough lawsuit against The Leader in 1954 over an image portraying him as an alcoholic (he lost).

9. The Song of Wandering Aengus by W. B. Yeats

As previously mentioned, Yeats is widely considered to be Ireland's greatest poet. This poem in particular takes a lot of its themes from the Irish god Aengus, who presided over love, youth and beauty (pictured). As such, Yeats takes the myth and makes it his own.

8. A Drover by Padraic Colum

A leading figure of the Irish Literary Revival, Colum (1881-1972) was a poet, dramatist, biographer, playwright, children's author, novelist and collector of folklore. He moved to the US in 1889 after his father lost his job, and the family participated in the Colorado gold rush.

MacNeice (1907-1963), born in Belfast but moved to Carrickfergus, County Arium soon after his birth, is usually discussed in conjunction with W. H. Auden and Stephen Spender, two other poets forming the "Thirties poets" group. He worked for the BBC and wrote a lot of radio programs to build support for the US and eventually Russia during WWII.

6. Making Love Outside Áras an Uachtaráin by Paul Durcan

Known for his playful style, Durcan (1944-present) grew up in Dublin and Turlough, County Mayo. While studying archaeology and medieval history at University College Cork he was kidnapped and forced to the Saint John of God psychiatric hospital in Dublin. There, he was subject to shock treatment as well as heavy prescriptions of barbiturates and Mandrax.

5. The Ballad of Reading Gaol by Oscar Wilde

Oscar Wilde (1854-1900) is personally my favorite writer, known for his witticisms, aestheticism and flamboyant personality. Oscar Wilde was openly homosexual (at least, as openly homosexual as one could have been in Victorian England) which landed him in jail after accusations of sodomy by the Marquess of Queensberry, whose son Wilde was supposedly having an affair with.

Who doesn't love a poem about cats? Written in the ninth century at Reichenau Abbey, "Pangur Bán" bears similarities to the works of Sedulius Scottus. The title of the poem is the name of the cat, translating to "Fair Pangur," with "bán" literally meaning "white" and "pangur" relating to fulling, a step in cloth-making. The author compares the cat's hunting to his own studies.

Seán Ó Ríordáin (1916-1977) hails from County Cork, and is considered to be one Ireland's greatest poets writing in the native language. Interestingly, Ó Ríordáin's first language was English and he picked up on Irish from his next-door neighbor.

Again, Yeats is fantastic. "Easter, 1916" discusses the events of the Easter Rising. The Irish Republicans were revolting against British rule at the time, wanting to gain independence. The uprising was unsuccessful, leading to a rebel surrender and execution of many of the leaders.

Eavan Boland (1944-present) is a female Irish poet who definitely deserves a top spot. She writes about Irish identity as well as women's roles throughout Irish history. "Quarantine" deals with the Irish potato famine of 1847, and exists as a non-traditional love poem about a married couple.