Why An Introvert Dating An Extrovert Just Makes Sense

Why An Introvert Dating An Extrovert Just Makes Sense

You have two different people constantly working and fighting to be with someone. 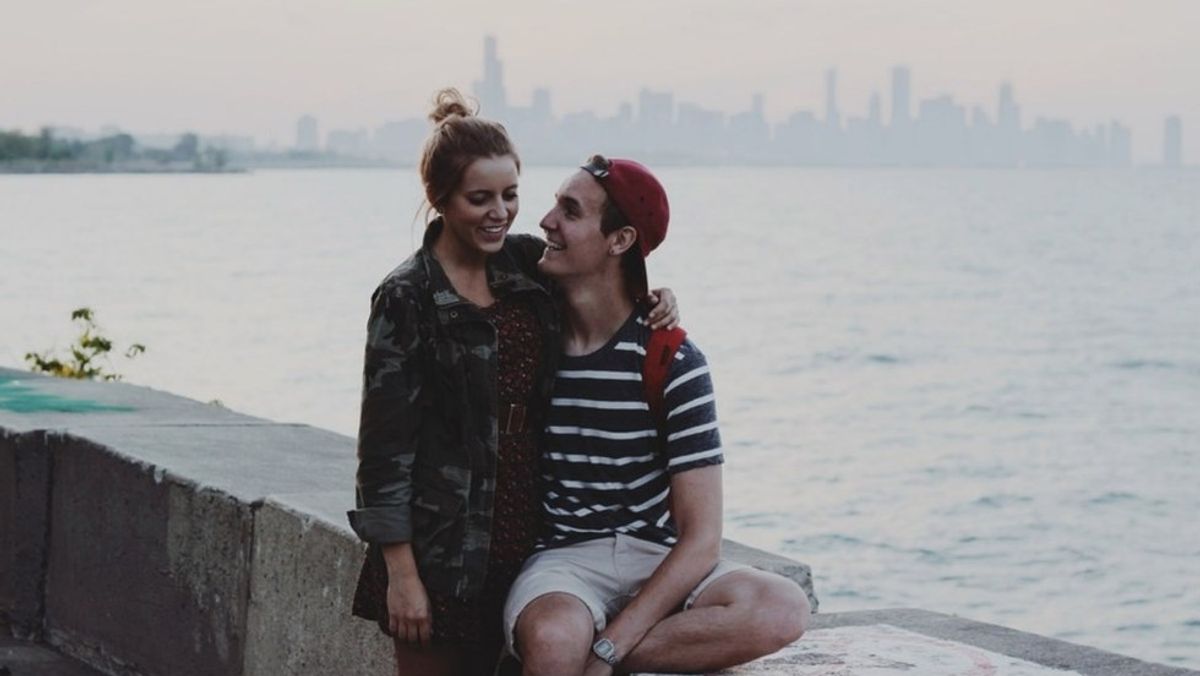 A couple of weeks ago, I was late-night browsing on the app Whisper (like most people who know they should be going to bed but just don't feel like it do). Most of the time on Whisper, most secrets are usually dumb things like "I think Beyoncé is overrated" or "I actually hate cheese," but sometimes the whispers are innocent questions - and one caught my attention. It simply said "couples that are opposites-- why and what makes it work?"

I was interested, knowing my boyfriend and I are complete opposites who make it work, I wanted to know what other people said. So, I started reading through the replies. A bunch of people responded with things talking about communication, complimenting each other, how being different makes sure relationships are never boring, and being dedicated. As I started looking deeper into their answers and thinking about my own relationship, I realized something. The thing that made my boyfriend and I so different was our personalities. Sure, we had other differences. I like pop music, he likes more a techno-dubstep kind of sound, I love rom-coms, he loves a good action movie(especially if it has Tom Cruise in it). But also, my boyfriend is a huge introvert, while I, on the other hand, am a huge extrovert. I like to go out to restaurants, want to go on double-dates, go out and do cute dates on the weekends, and just enjoy being in the company of people. While on the contrary, my boyfriend likes to stay at home, play video games, order takeout, hang out in the comfort of his own home, and likes to be surrounded by the people he considers the closest to him. While neither of these personalities are wrong or better than the other, they are different. So, with that in mind, I decided to reply to the whisper myself. This is what I posted:

And really, that's the thing. Introverted-Extroverted couples work out for that exact reason: they keep the other person in check.

So, let's think about that. If it weren't for me forcing him to get up and actually go outside, the only times my boyfriend would ever really see the outside world is when he's at work and that's about it. If it wasn't for him forcing me to relax, I would probably be straining myself by trying to do something fun every single night of my life. While going out is fun, staying at home and just relaxing is really fun too, and I'm glad he helped me realize that.

But, with the good, there is bad as well. A lot of people will make you think that two people who are so opposite will not work long-term; that your relationship will last three to four months and then, because you will disagree over most everything, you will call it quits. (My boyfriend and I are going on about two years and four months and still going strong). They say you'll end up begging your partner to go out when all they want to do is stay at home. (Yes, this disagreement has happened with my boyfriend and I multiple times, but if you're going to dump someone over that you really need to reevaluate yourself).

When it comes to the days your introverted significant other would like to stay home instead of going out for a night on the town, don't take it personally - they may just need to recharge their batteries and hanging out with an introvert who hasn't recharged their batteries will not be fun for either of you.

When it comes to the days your extroverted significant other just can't stand hanging out at home anymore, don't take it personally - they may just be getting a little case of cabin fever. Trust me, it's fairly easy for an extrovert to catch cabin fever; they need socialization as well as things going on to entertain themselves. They can hang out at home for a night or two, but after that they need to get out. Hanging out with an extrovert who is feeling restless at home will not be fun for either of you.

But really, introverted-extroverted relationships are amazing. You have two different people constantly working and fighting to be with someone, who they know is not anything like them, yet they make it work anyway. While we also don't disagree on everything. We enjoy the same foods and candies and other small things like that, but have major personality differences. It's compromising and working hard that makes these relationships actually work out, but it is all worth it in the end.