Interview With A Vocalist
Odyssey

Interview With A Vocalist 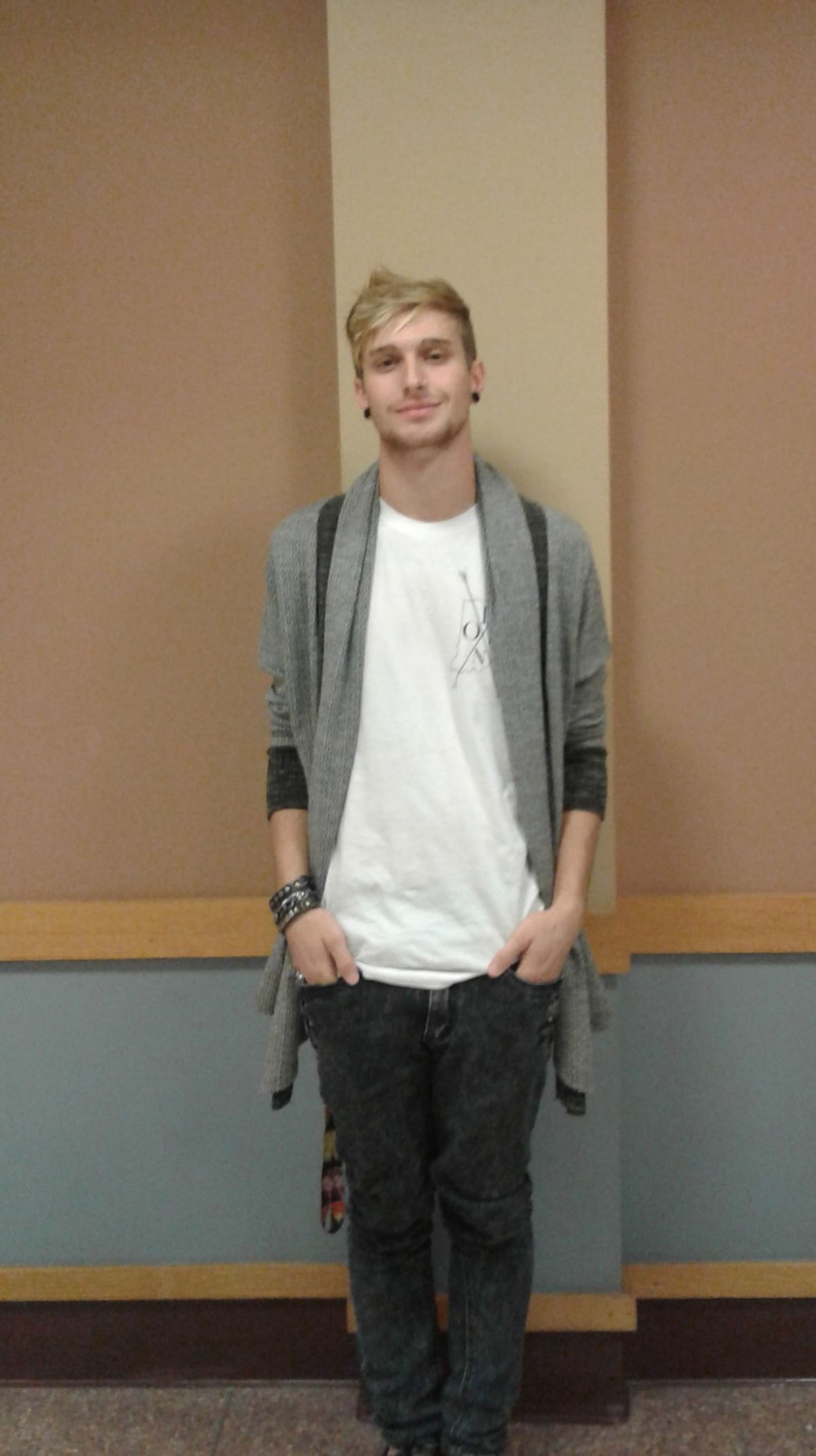 I had the great pleasure to interview a musician who is also a friend. He is a great musician. He also has a big heart and a great attitude. He was kind enough to agree for me to interview him. He is very friendly and outgoing. He has performed with many bands. I met him in February at a Blood on the Dance Floor concert. This was when he was with the band Where Troubles Fall. After I saw them at this concert, I made an effort to go out to the other concerts that they have had. I bought one of their EP albums in February. I interviewed him on October twenty-eighth in 2016. While doing the interview with him, I also interviewed his other band mates. These interviews will be followed in the next few weeks. I am very happy to have gotten this chance to have interviewed him.

What is your name? “Taylor Dean Turpen.”

When did you learn to scream? “I’ve been doing scream vocals for about 5 to 6 years.”

How long did it take to learn how to scream? “To learn how it didn’t take very long. For me it was more so of finding my in general sound. And learning how to move my throat in certain aspects of learning of how to project my voice in different ways. I didn’t recently get to the style of my own screaming, the way I have it now until last year with my last band Where Troubles Fall. And it was evolved a lot since even then to now with A Burden To Bear.”

Was it difficult to learn how to scream? “It was difficult in the beginning because I didn’t really have a set way of how to do a whole bunch of different types of screaming and things like that. There’s people who can tell you how they do it. You just have to find your own way of doing it. It’s no different than singing in my opinion.”

Have you received any injuries from learning how to scream? “No. No I haven’t. I mean you can blow your voice out definitely if you don’t know how to do it right. And you can tell if you’re not doing it right. It shouldn’t hurt at all.”

When did you realize your dream was to work with music? “Well, ever since I was a little kid, I just wanted to do something in a band and since I can remember anyway. I always wanted to be that kind of guy, somebody that made music. I just found that it was very interesting. But, I really didn’t know what I wanted to do and then I found hard core music. So, then that evolved from seeing the band like Devil Wears Prada and things like that. Bands at warped tour and it kind of evolved from that into seeing that “Oh screaming is a form of talent and vocal expression. I can do that.” And it all evolved from there really.”

How much time do you dedicate to playing your music? “Any moment that I can really. I live with my guitar player, my friend Wyatt, and so any free moment that we get when we’re living together. We’ll be up late one night and just say “Hey let’s do this or that.” It’s basically any moment that I get that’s free. Most of the time, we practice on the weekends. Mostly they’re Saturdays from noon to 3. It’s like a set time that we’ve been practicing recently. But, most of the time I’m just practicing on my own in my car really. Or, Wyatt and I will sit down and try to write a song together and things like that. Hopefully we’ll be getting the rest of the band incorporated and involved in the writing process.”

When did you start playing in front of other people? “I featured in a band a long time ago and that was I think 2012.”

What is it like playing in concerts? “I have a story to tell with my lyrics and everything like that so, for me it’s just like expressing stories and things that I have been through. And, expressing that to people and what it’s like in general is it’s just a good feeling. Because performing in front of people is a feeling of seeing something you have worked really hard on and for them to like it, it’s really an amazing thing.”

Who is your most favorite musical Idol? “That’s a really hard question. Up until recently, I really looked up to Austin Carlisle of “Of Mice And Men” and I really thought that he was the man. Recently I think that a lot of his recent vocal surgeries and surgeries in general with his disease that he has, has hindered his ability to do what he does and I’m not really a fan of the new album. For the longest time, I looked up to Austin Carlisle.”

Who are your other musical idols? (Top 3) “My top 3 favorite musical idols are Austin Carlisle, vocalist of wage war and Chris Motionless.”

Who is your favorite band? “Up until recently again was “Of Mice And Men”. In general my favorite band is Wage War.”

What is your favorite musical genre? “Probably either Metal Core or Hard Core.”

What genre of music do you play? “We play Metal Core and Hard Core.”

What are the names of bands that you have performed in? “I was with this group for a long time called Where Troubles Fall. That actually originated in High School. I created that band with my friend Cole. I created that band around the end of 2012 beginning of 2013. Then when I was in a phase where I wasn’t in Where Trouble Fall, I was trying to write stuff for Dwell Into Tomorrow. Which, that never really ended up doing anything. Now I’m in A Burden To Bear.”

What do you see yourself doing in five years? “Hopefully, this band starts touring and hopefully we get our full length album out and working on our second one. And We play Warped Tour at least twice.”

What do you see yourself doing in ten years? “Hopefully, the goal would be to be playing festivals and maybe even be headliners for the festivals.”

Is being in music your dream? “Yes. I don’t see myself doing anything else really like being good at anything else because this is the only thing that I’ve found myself being very invested in. This is it. I found my niche here.”

Are you happy to be following your dream? “Very much so. There’s a lot of struggles that we all go through in general trying to chase things that we want in life. If you didn’t have that, you wouldn’t be able to appreciate the good in life. It feels amazing getting able to do what you want to do.”

Has there been a lot of heartache along this road to be following your dream? “You have no Idea. From letting members go to being kicked out to everything that in-between that. You form a really close friendships.”

Have you had to make a lot of sacrifice to follow this dream? “From friends to family time. To time in general on your hands. It’s sometimes even sleepless nights to losing friends. There’s a lot of sacrifice that goes into this. If you’re not 100% committed, you’ve got to find something else because this takes a lot of time and effort.”

Do you have any words for anyone who wants to pursue music but is too afraid to? “I hope that you work hard because if you don’t work hard then you’re not going to achieve anything. There’s been so many times where I have thought about quitting and you can’t think like that. You’ve got to find some people who you want to work with and you enjoy working with and love being around. You’ve got to start learning everything that you can even other instruments and so that you can better interpret and communicate.”

Have you been injured while performing in a concert? “I have not other than when my current drummer and previous bassist in Where Troubles Fall hit me with the stalk of his bass when we were opening for Blood On The Dance Floor at the Emerson Theater. He did it twice actually and that’s the only closest injury that I have gotten.”