What's The Ruff About?

What's The Ruff About? 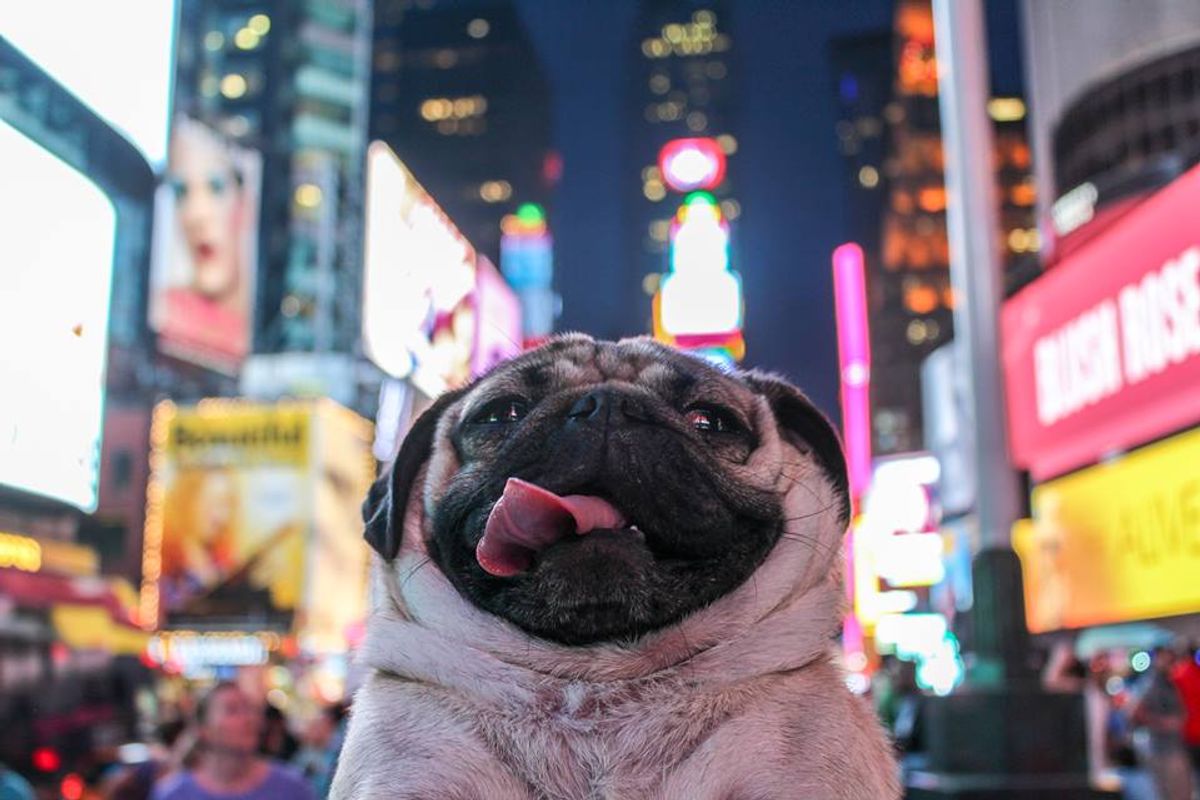 Calling all dog lovers! These four-legged superstars are making a name for themselves not only in their communities but also across the Internet. Below are nine popular pups you have to follow!

Nashville may be known for country music, but it's also home to a canine celeb: Doug. This pug is living the life not only in Music City but across the U.S.! Doug is always up to something fun, whether he's at Lollapalooza, hitting up American landmarks or even hanging out with Vince from Entourage. You'll have major FOMO when you check out Doug's Instagram.

The classiest dog to ever hit the World Wide Web. He's actually trademarked as the "Most Stylish Dog in the World." I never thought I'd be jealous over a dog's wardrobe... until now. Heck, Menswear Dog even has his own book to teach you how to dress. I give his owner mad props for the idea. It's genius.

Her signature tongue is what makes Marnie the most recognizable Shih-Tzu. Fame fell into Marnie's lap, as she was rescued from the streets into a loving and tech-savvy home. Today, Marnie is 12 years old and is (as you can see above) a world traveler! I recommend checking out her Vine. It's hilarious and oh so cute.

He's the most famous dog in the Windy City and the most followed Bulldog! Manny's a laid back dog just looking to spread the love, make some friends and even give back to charity. From time to time, he even likes hanging out with celebrities, both humans AND dogs.

Most well-known from the YouTube video seven years ago saying, "I love you." Today, 13-year-old Mishka can say an abundance of phrases like "How you doin'," "I want my mommy," and a simple "Hello," just to name a few. Her vocal abilities have landed her several TV appearances and worldwide notoriety.

Corgnelius (and now his brother Stumphrey) are the two cutest corgis ever to hit the Web. Whether he's dressed up or just showing off au natural, Corgnelius will steal your heart. And don't worry, his Instagram is full of cute Corgi tooshies.

With a face only a mother could love, Tuna's recognizable grin landed him Interweb fame. Tuna melts your heart with his fun-loving spirit and, as his owner states, shows that beauty comes in all forms. Since Tuna was rescued as a young pup, his owner has used his success for promoting other rescue groups. Awww, go Tuna!

He vacuums, he dusts, he cleans up puddles... what can't this dog do? You must watch the series of viral vids that shot Jesse straight to the top. Now, how can I teach my dog to learn these chores?

And perhaps the most famous of them all. Let's quickly review his impressive resumé: Katy Perry's "Dark Horse" music video, advertisements and commercials with Covergirl, 3M, Target, Banana Republic, and a role in a feature film. Additionally, Jiffpom broke the 2014 Guinness World Records for the Fastest Dog on Two Paws, Fastest on Front Paws and Fastest on Rear Paws. This dog probably has more money than I'd ever imagine, but it's okay since he's so stinkin' adorable! Look at that ball of fluff!