Inside the World of A Sex Worker

Inside The World Of A Sex Worker

Rather than ignorantly judging them, jump into their shoes and understand their story. 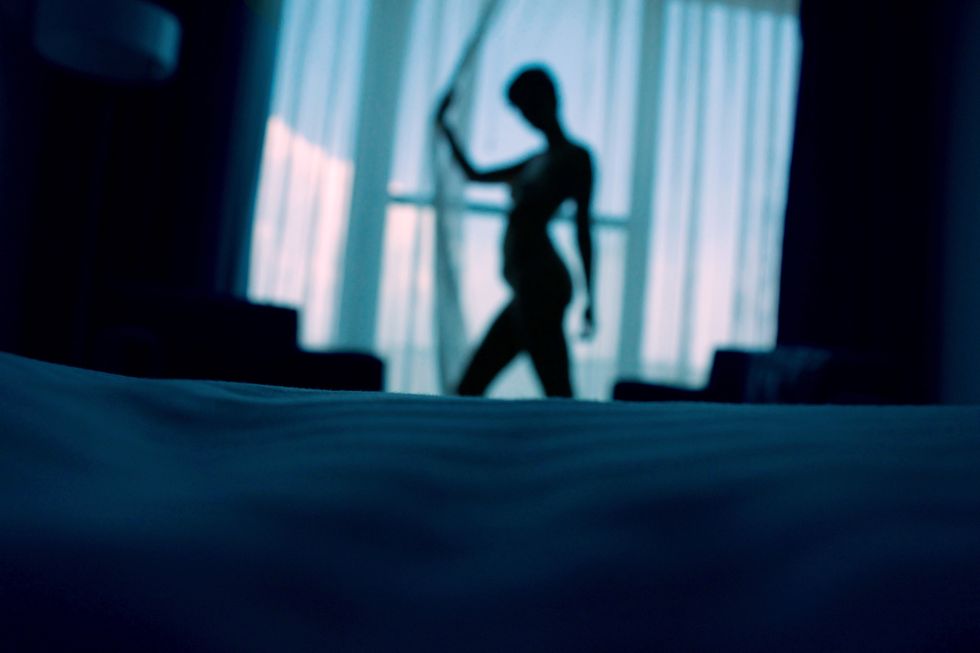 Photo by Maru Lombardo on Unsplash

We see conversations on this subject daily.

The premium Snapchats, the strippers dressed like cops at your bachelor parties, to even just posting pictures of your feet for fetished individuals. With these conversations, we also see a whole lot of hate — people call them degrading names such as "slut" and "whore", to even being a buying customer and sexually assaulting them when they don't have their way.

I have found my first step in the direction I want to go in — advocacy, especially to those who are misunderstood or unheard. I wanted to witness a story — with my own two ears — and understand and empathize with sex workers. Again, we hear the gossip and the backlash all over social media — so why not investigate this myself? Girls — and some males — choose to do sex work for many different reasons, however the main one is one we all struggle with: financial difficulties.

So, I decided to reach out and interview a sex worker and hear her incredible story,

starting from her childhood to where she is today.

Jada, a 24-year-old from the Seattle area, is a stripper for a living, and is annoyed with the stereotype attached to the branded name.

"It's all about empowering women, and [these stereotypes] take us back to women not being allowed to wear what she wants," Jada said. "[Haters] are upset that they can't capitalize off it. There's nothing degrading about it!"

As a child, Jada faced hardships herself. She is a survivor, who had endured physical and emotional abuse from her mother, and when she wasn't around, she would experience sexual abuse from her step-dad. Shortly after, she was put into the foster care system, and from there, became numb to pain in general. As a multi-racial woman, Jada experienced more hardships with finding her niche. "High school was rough because I didn't know where I fit in. I was too black to hangout with white kids, and I was too white to hangout with the others," Jada said. Due to this and other issues in her life, post-high school became harder as she became addicted to meth and heroin. "It was rough for a while," she explained.

To avoid homelessness and financial difficulties, Jada had nowhere else to turn to besides sex work. She walked into a strip club and was immediately thrown into a new, powerful environment. "I was literally thrown into an environment where all of these beautiful women were their own bosses and were not a force to be reckoned with...and I loved that," Jada said.

The process of becoming a stripper isn't as easy as it seems, either. "I got paid to get a license, and I had to [undergo] fingerprint scans, a background check, and get my pictures taken," Jada explained. She continued to explain that you have to pick your own music, dance your own choreography, and practically do everything yourself. "Just like any other job," she said.

Another major stereotype that was discussed was the social stigma that families and significant others have about their work. "My dad and whole family know about [my work], but we don't talk about it" Jada said. "It's respected, but not talked about." As for significant others, her partner was weary at first. "No, she was fine. She was hesitant at first, but I brought her in and she saw it, and she accepted it after that," Jada said, speaking on her current relationship. "She immediately changed her perspective, and was ready to understand what I do for a living. I really appreciate her for understanding what I do."

As there are good aspects of this job, there are also horrendous ones. Jada has experienced multiple sexual and physical assaults from clients, as well as stalkers who would follow her from the club. At a previous club she worked at in Seattle, a client raped her, and tried to pay her after the assault. "He tried to give me $2,000," she said, "I spit on the money and told him 'I don't want your rape money', left, and quit."

Many sex workers experience sexual violence even before they start the work. Studies show that 44% of sex workers reported sexual abuse in their lifetime — both before and after accepting their jobs. Due to some of these jobs being illegal, they are more hidden and unreported — and with that, comes an unfair stigma and poor conditions for these workers.

I may not be able to pass a law myself ensuring these workers and having regulated laws on it, however, I will say this: It's time to end this disgusting stigma that sex workers are 'degrading' and 'morally corrupt.'

After I spoke with Jada, I realized something important: that societal norms is a woman's worst enemy. We take a woman like Jada for instance, a warrior queen who fought for her right to live comfortably, and is immediately shamed for how she chooses to provide for herself. Knowing the back history is important, but it isn't as important as looking to the future and walking a mile in a sex workers shoes — because I promise you it's worth the trip.

Society doesn't get to dictate what jobs are right and wrong. If someone is working hard — which includes using their own body as their instrument — then whose right is that to judge them for doing what they have to do to become an active member for communities? Strippers make good money, but not hardly enough for the amount of trauma that it comes with due to poor management, perverted men, and environmental factors. These women are not disposable — they're human beings too.

So, to those who find themselves tweeting and stigmatizing these workers, let me ask you this:

Do people call you shameful names and discriminate against you for working retail? A desk job? Anything?

That's right, and you shouldn't shame sex workers either. They're doing what the rest of us have to do: make money in order to survive. And that's just what life is about — surviving.

sex work
Report this Content
This article has not been reviewed by Odyssey HQ and solely reflects the ideas and opinions of the creator.